There are many reasons the U.S. shouldn’t go to war with the Islamic State — and the best may be that it’s exactly what they want us to do. 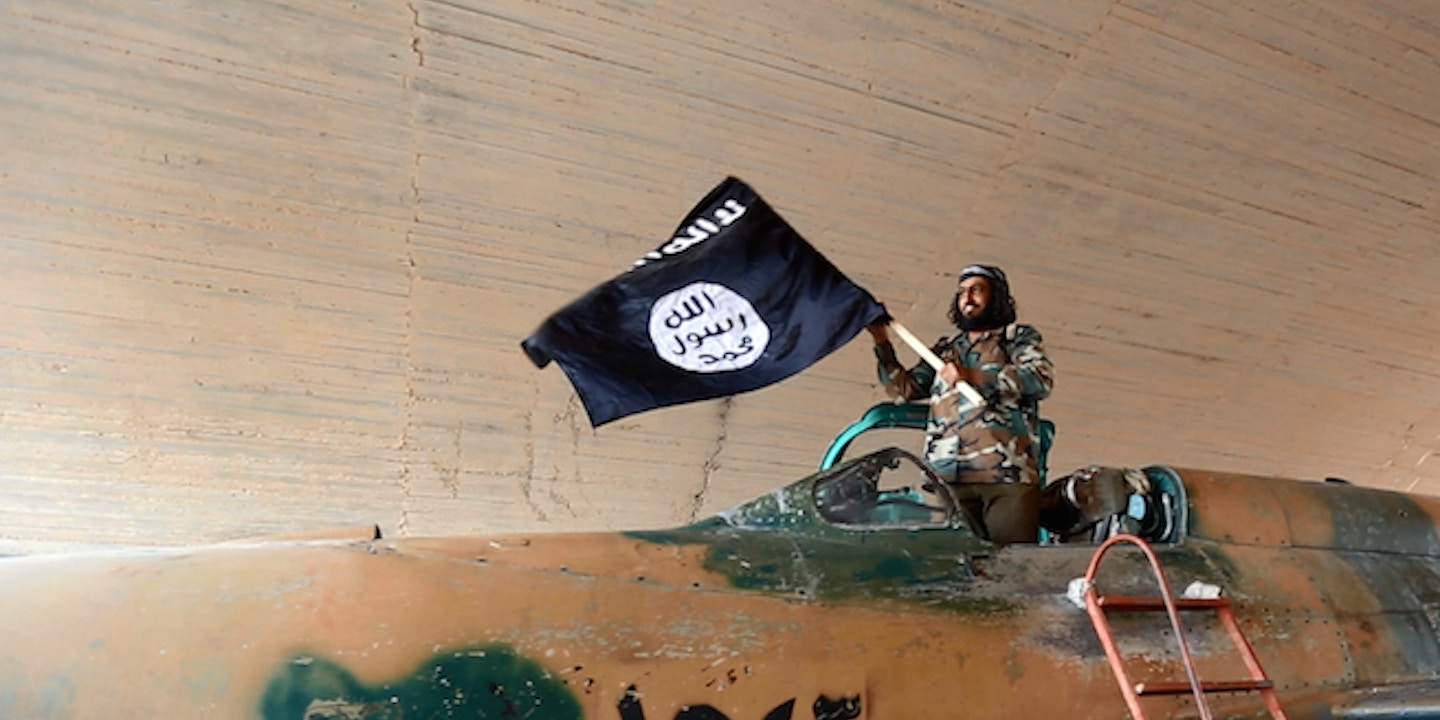 There are many reasons the U.S. shouldn’t go to war with the Islamic State — and the best one may be because that is exactly what they want us to do.

A growing number of people I consider experts in the field believe that the recent beheadings of two American journalists and a British aid worker were deliberate acts of provocation, and that ISIS is not just hoping for an American overreaction, but depending on it — perhaps even for its own survival.

Ali Soufan, the former FBI agent who was one of the few heroes of modern American counter-terrorism, tells Mehdi Hasan of the Huffington Post UK:

They are trying to suck the west into the war with them…. Then they’ll be not only the regional bad boy, but also the bad boy for the global jihadi movement. They can then claim they are in an international war – a modern day Crusade – against all the countries coming to fight them.

What good would that do? According to Soufan:

[The Islamic State is] fearful of Islamists within [their movement] turning against them…. They want to fight the British and the Americans… to unify the extremists within and diminish any kind of meaningful threat within their support base. They are not fearful of secular or moderate people.

Journalist and author Steve Weissman writes for Reader Supported News that Obama is giving ISIS just what it wants:

He plays the role they purposely provoked with their brutal beheadings, summary executions, and sickening use of mass rape to keep their fighters happy. He becomes the foreign, Christian crusader defiling a Muslim land, and he does it in company with Iranian as well as Iraqi Shiites, whom Islamic State despises as heretics, and with the blessing of Sunni Arab leaders it correctly sees as outrageously corrupt.

In other words, the more jihadis Obama kills, the more Sunnis that Obama recruits to their ranks. Not a winning strategy.

You have to give the bloodthirsty jihadists of the Islamic State (also known as ISIL or ISIS) credit: They may be savages, but they know us well. They used well-produced, high-quality videos of their grisly murders of American journalists to provoke the United States into a bipartisan frenzy of retribution.

But an editorial in the Guardian on Sunday lays out the case for self-control in the immediate aftermath of the third ISIS beheading last week, of British aid worker David Haines:

The killing of Mr Haines was not an act of revenge. It was an act of provocation. Like the two murders of the American journalists, it was designed to frighten and to inflame. It seems nothing would please Isis more than for these killings to provoke an intemperate and thoughtless violent reaction from those at whom they are aimed. Such a reaction might, in Isis’s crude and perverse logic, give them public legitimacy as victims rather than as killers. Such things have happened all too often in history. This in itself is a good enough reason for western leaders to have cool reactions.

Matthew Hoh, a former State Department official who resigned in protest in 2009 over U.S. strategy in Afghanistan, responded to ISIS provocation with a provocative headline in his Huffington Post essay: “The Beheadings Are Bait.”

He sees a repeat of the invasion of Iraq in 2003, which achieved the goals of radical extremists vastly more than it achieved those of the U.S.:

While escalating American airstrikes and sending more troops to Iraq may assuage the fear and horror affecting the American public, and motivating America’s politicians, acting on those feelings will ensure greater conflict and loss.

The Islamic State, like al Qaeda, requires the United States to serve as a villain in order for the Islamic State to receive manpower, logistics and financial support from Sunni Muslim communities. Additionally, an American military re-entry into the Iraqi Civil War in support of Shia and Kurdish factions, without lasting and serious political concessions from Baghdad towards Sunni grievances, will worsen the same political disenfranchisement and sense of existential danger that has pushed the Sunnis to align with the Islamic State. In the short-term American bombs may hurt the Islamic State, but in the long-term it is what they need and want.

The Islamic State is a parasite of war. Its members and its narrative need war for their personal, organizational and ideological validation and success. That is why the only way to defeat the Islamic State is to take the war away from them.

A few members of Congress have raised concerns about playing into the Islamic State’s hands. Rep. Mark Pocan (D-Wisc.) recently spoke from the House floor, saying:

We have got to be sure that we are not falling into doing something that could be counterproductive because, clearly, ISIL did that to provoke a reaction, and I think that needs to be a part of the debate we have.

[W]e shouldn’t allow this horrible act to provoke us into doing things that are counterproductive.

There’s nothing that ISIS would like more than having us reintroduce ground troops in Iraq, for example. So we have to be careful not to let this, the horror of this act provoke us to doing things that don’t make sense for us to do and that’s very difficult, but I think it’s extraordinarily important we keep our focus on what we can achieve.

Whether a military response would be exactly what the Islamic State wants was the first question that former CIA Middle East expert Paul Pillar raised when I asked him earlier this month what sorts of questions the press should be pursuing instead of banging the drums for war.

And Juan Cole, the University of Michigan professor and authoritative Middle East blogger, writes that journalists are also getting played, by giving the beheadings too much free media:

These acts of public brutality against a helpless individual are intended in part to announce that despite their military superiority, Westerners are not 10 feet tall and can be cut down to size. They announce leadership and encourage angry young men to join ISIL rather than one of its many rivals. They also push Western publics to demand reprisals. Reprisals in turn can be used by the radical group as proof to its followers that it really is being unjustly targeted by the big bad superpower. It is a passive aggressive form of terrorism.

It seems to me that editors should refuse to play along with this sick game.

The fact is that almost no news organization covers the killing of American troops in Afghanistan any more. If it happens it is on page 17, and this had been the case for years. So let’s get this straight. The Taliban can actually kill US troops without our headlining the fact. But the slaughter of an innocent captive is front page news. These are editorial decisions, not acts of nature.

(As it happens, Cole was wrong about one thing: The latest deaths of Americans in Afghanistan — in a massive suicide car-bombing right outside the Kabul Embassy — did make the papers: page A10 in the Washington Post; page A7 in the New York Times.)