The CIA’s Secret Journal Articles Are Gossipy, Snarky, and No Longer Classified 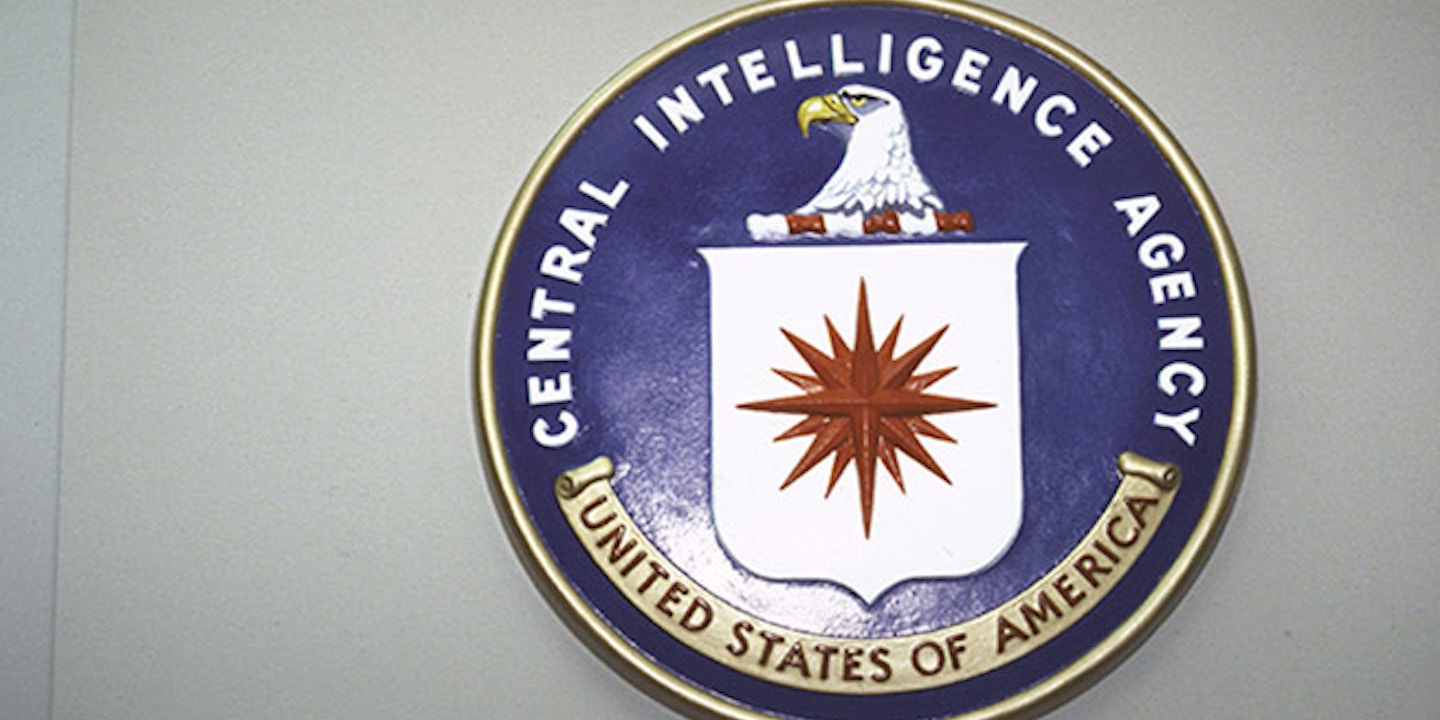 The CIA has declassified a trove of articles from its in-house journal, Studies in Intelligence. Ostensibly a semi-academic review of spycraft, Studies emerges in the pieces, which date from the 1970s to the 2000s, as so much more, at turns mocking excessive secrecy and bad writing, dishing on problematic affairs, and bragging about press manipulation.

Of course, there is plenty of self-serious material in the journal too, including scholarly reviews, first-person memoirs, interviews and intellectual ruminations on everything from maps to “How We Are Perceived” and “Ethics and Clandestine Collection.”

The CIA posted the hundreds of declassified articles to its FOIA site. Here are a few that caught our eye. (If you see something interesting in the archive, post it in the comments, email it to [email protected], or send it securely to me.)

The documents include a 2004 interview with current CIA director John Brennan and a 2000 interview with Michael Hayden, then head of the NSA. “Everything’s secret,” Hayden tells Studies. “I mean, I got an email saying, ‘Merry Christmas.’ It carried a Top Secret NSA classification marking.”

He also describes how the NSA had begun on a media offensive, to “put a human face on the agency:” An interview with George Tenet, who ran the CIA from 1996-2004, is almost entirely redacted.

Michael Morell, later acting head of the CIA, provides a minute-by-minute account of standing at George W. Bush’s side during the 9/11 attacks. He notes that he and Bush strategist Karl Rove often joked about the president’s daily briefing, for which Morell was then responsible. “You don’t have anything in that briefcase that CNN doesn’t have,” Rove once said to him.

There are detailed historical pieces on the CIA’s operations in Guatemala, and on the CIA’s recruitment on college campuses:

In another article, undated, a CIA man in Havana recounts his time “trying to counter Castro” from 1958 until the 1970s. He had some troubles with an informant…

…and hid radios around the island:

Over the years, various scolds took the agency to task for sloppy grammar and bad writing: Someone illustrated the intelligence community’s most overused platitudes – “foreseeable future,” “dire straits,” “mounting crises” –with mythical creatures in a 1982 “Bestiary of Intelligence Writing.” The recent document dump was prompted by a lawsuit from a former CIA employee, Jeffrey Scudder, who has said that his attempt to have these articles released via a Freedom of Information Act request destroyed his career. He was accused of mishandling classified information in making the request, and was fired. The CIA has now released 249 of the 419 documents Scudder requested, according to Secrecy News, which first reported the document release today.

Update: The CIA has previously declassified other articles from Studies in Intelligence, mostly book reviews and essays, which are available here. Some of the documents that the CIA included here had also been published by the National Security Archive and National Security Counselors.

Definitely career-ending stuff. But then, careers are often destroyed by far less. Hopefully Ed S. has a better one. I’m writing him in on any and all ballots, as a protest vote against the entrenched duopoly.

An analysis of terrorism from 1985 (pdf), before hysteria about terrorism had become popular, is also interesting. An analyst writing this today would immediately find their name added to a watchlist:


Fourth, we must be realistic about the terrorism problem itself. Our fervent concern to do something to make the terrorist threat abate must not lead professional intelligence officers to confuse activity with productivity. Much of the terrorism that occurs around the world is little more than low grade criminal activity, albeit with political ramifications. We must recognize that much of it represents only a marginal threat to the United States. There is going to be very little US policy makers can do about it in many cases.

Of course, it must be remembered this belongs to a quaint bygone era where intelligence analysts produced reports for ‘policy makers’. Now the CIA deals with the problems themselves, and when they deem necessary, inform the policy makers of the outcome.

An interesting perspective into how attitudes change is provided by The Brzezinski Initiative: FBIS and the Muslim World (pdf). At first, CIA management was skeptical,


The philosophy of senior Agency management was that FBIS [Foreign Broadcast Information Service] was doing just fine – why add funds to its budget for an area which was quiet and of little interest to the US government? [The Middle East].

But following certain events at the US embassy in Iran, and certain Soviet activities in Afghanistan, it became more enthusiastic,


The CIA Executive Committee approved a formal FBIS modernization program on 2 September 1982 as part of the Agency’s budget for FY-84. It would be the biggest, most complex, and most expensive undertaking in FBIS history. With the strong support of DDS&T R. Evans Hineman and DCI William J. Casey, the plan that came to be known as the “FBIS Modernization Program” came into being. It provided for comprehensive worldwide monitoring of foreign satellites including television, a modern sideband communications system to tie FBIS field installations and Washington consumers into an overt network, automated text-editing systems for all FBIS publications, and computerized storage and retrieval of published materials to assist analysts. The development of a modern FBIS overt collection system now seems to be firmly set; FBIS should be able to provide the kind of comprehensive coverage of foreign media envisaged in its charter.

After 3 trys..let’s see if this sticks to the Intercept moderators wall..

Notwithstanding the latest CIA dump in it’s excrement filled cesspool of history, to get a real perspective of their criminal psychosis, one can do no better than read Col. L. Fletcher Plouty’s first hand historical assessment writings…

especially his letter to Jim Garrison regarding Prouty’s first hand knowledge of the quintessential CIA spook, Ed Lansdale, who Prouty knew since 1945, and discovered a picture of Landsdale in a backroom full of CIA spooks at a building close to JFK’s assassination site on the day he was murdered. …

Furthermore, if you really want to learn the truth of CIA torture, read the history of Lansdale who helped torture the driver of Japanese Imperial officials who buried billions in gold bullion and gemstones in the Phillipines. And that’s only the beginning…

Can you trust the vote? These documents reconfirm the CIA has been tampering with foreign elections for decades: http://www.foia.cia.gov/sites/default/files/DOC_0006122559.pdf

in this document about Iran-Contra, the first line states that the CIA didn’t care who leaked the story to the media or why. This seem fundamentally a different view that is today with Obama’s war on whistle-blowers. In 1989, we had protection of journalists, in 2014 the government is actively prosecuting them. Only 25 years..how times have changed.

This one is telling

Hayden’s plan, from the 2000 interview, to increase the public profile of the NSA seems to have succeeded, possibly beyond his wildest dreams. Congratulations to Snowden and all the journalists who seem to have played their parts perfectly. With this new public profile come other problems, however. Sometimes when we realize our dreams, the results are not quite what we expected. Anyone interested in this should also check out the National Security Archive, which obtained an overlapping set of documents from Studies in Intelligence earlier this summer: http://www2.gwu.edu/~nsarchiv/NSAEBB/NSAEBB431/

Revealing the internal functioning of the CIA risks destroying its mystique and therefore most of its effectiveness. In the absence of information, any unexplained event is widely assumed to be the work of the CIA. Given such awesome effectiveness, questioning the methods of the CIA or quibbling about its operating budget is clearly off limits.

So un-classifying these documents is a grave error.

Giving us (and the world) 67 Years of U.S. Military & CIA Interventions (see Table of Contents)