Majority Say Brennan Violated Checks and Balances, and Must Go 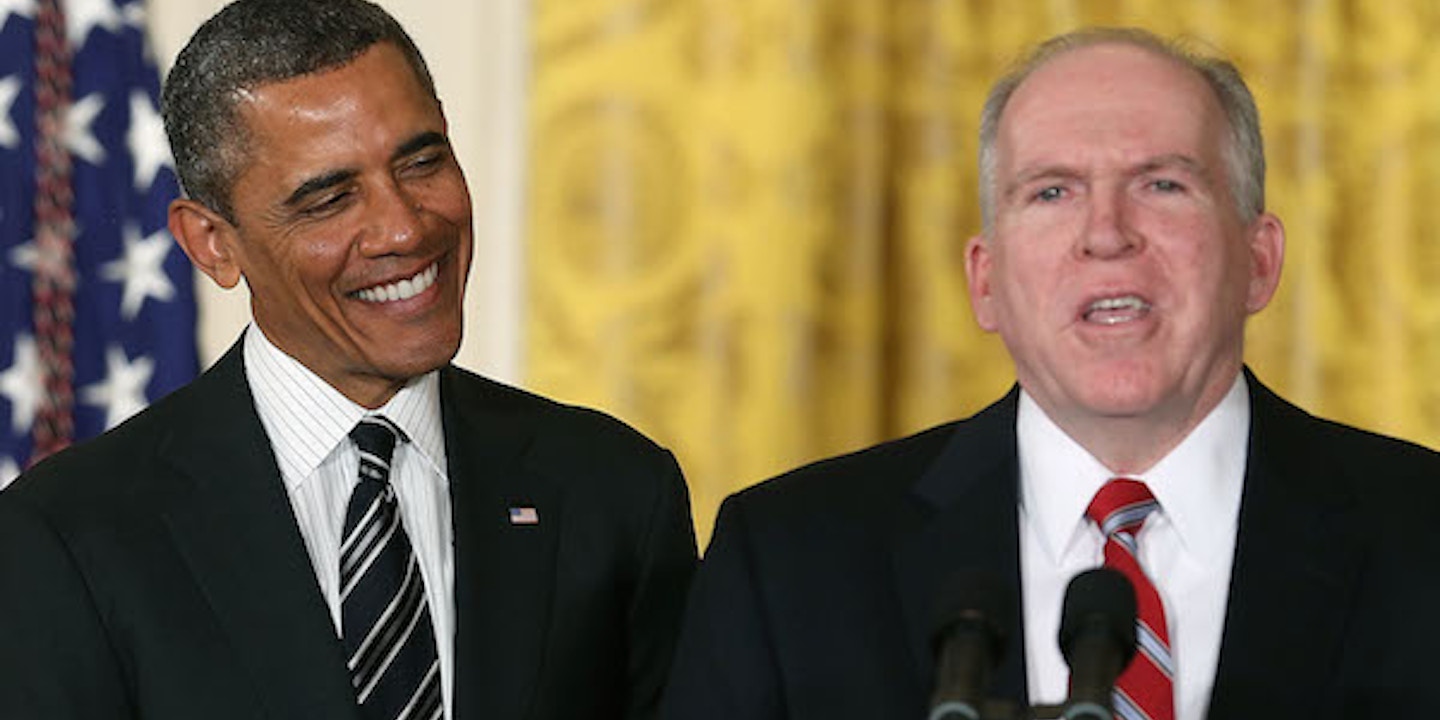 According to a new poll, a sizeable majority of American voters believe CIA officials violated the constitutional system of checks and balances when they hacked into computers being used by Senate staffers investigating torture.

And by a two-to-one margin (54 percent to 25 percent, with 22 percent not sure) they believe that CIA Director John Brennan should resign on account of the misleading statements he made about the incident.

The Public Policy robo-poll of 898 registered voters was commissioned by the Constitution Project, a highly-respected non-partisan group that has been active in calling attention to the lack of accountability for the torture of detainees during the last administration.

The poll found overwhelming public support for release of a long-completed report by the Senate Select Committee on Intelligence. The report is said to disclose abuse that was more brutal, systematic and widespread than generally recognized, and to expose a pattern of deceit in the Bush administration’s descriptions of the program to Congress and the public.

But despite having been completed in December 2012, the report remains inaccessible to the public. Most recently, the White House and the CIA have proposed redactions that Senate intelligence committee chair Dianne Feinstein said effectively undermine its key findings.

Fully 69 percent of those polled said they support releasing a declassified version of the report “to establish the historical record and to find out more about what happened”; compared to 22 percent who chose the option of not making the report public “because the findings might be damaging or embarrassing”.

Perhaps most strikingly, those numbers were nearly identical across party lines — Democratic, Republican and independent.

Scott Roehm, senior counsel for the Constitution Project, told me that’s important “because of attempts to paint what has been an oversight exercise as a partisan one.”

“In our constitutional democracy, transparency and an informed public are core principles,” he said. “I think those are at issue here.”

But now it’s Obama who’s keeping the public in the dark.

“We really think the president needs to make sure that’s not where we end up,” Roehm said.

Calls for Brennan’s ouster emerged quickly after Feinstein’s floor speech in March, describing a blatant violation of the principle that Congress conducts oversight over the executive branch, not vice versa. Brennan quickly issued an angry denial whose qualifications were widely overlooked. A CIA Inspector General’s report, whose conclusions were made public in July, confirmed Feinstein’s allegations.

I wrote in July that Brennan’s should be held accountable for his lies. Twenty open-government organizations wrote to Obama in August, urging him to ask Brennan to resign.

Obama, for his part, said in August that he has “full confidence” in Brennan.

Until the Senate report is released, a report issued last year by the Constitution Project’s blue-ribbon task force on detainee treatment remains the most comprehensive public reckoning of the torture regime.  And while it authoritatively assigns the blame for the use of torture on George W. Bush, Dick Cheney and their top aides, the report also blames the Obama administration for a cover-up that has stifled any sort of national conversation on the topic — and the media, for splitting the difference between the facts and the plainly specious arguments made by torture regime’s architects.