A Story About Ben Bradlee That’s Not Fucking Charming

“So what have you been doing?” The question was barked out by Ben Bradlee, and the young reporter who had to answer was me. 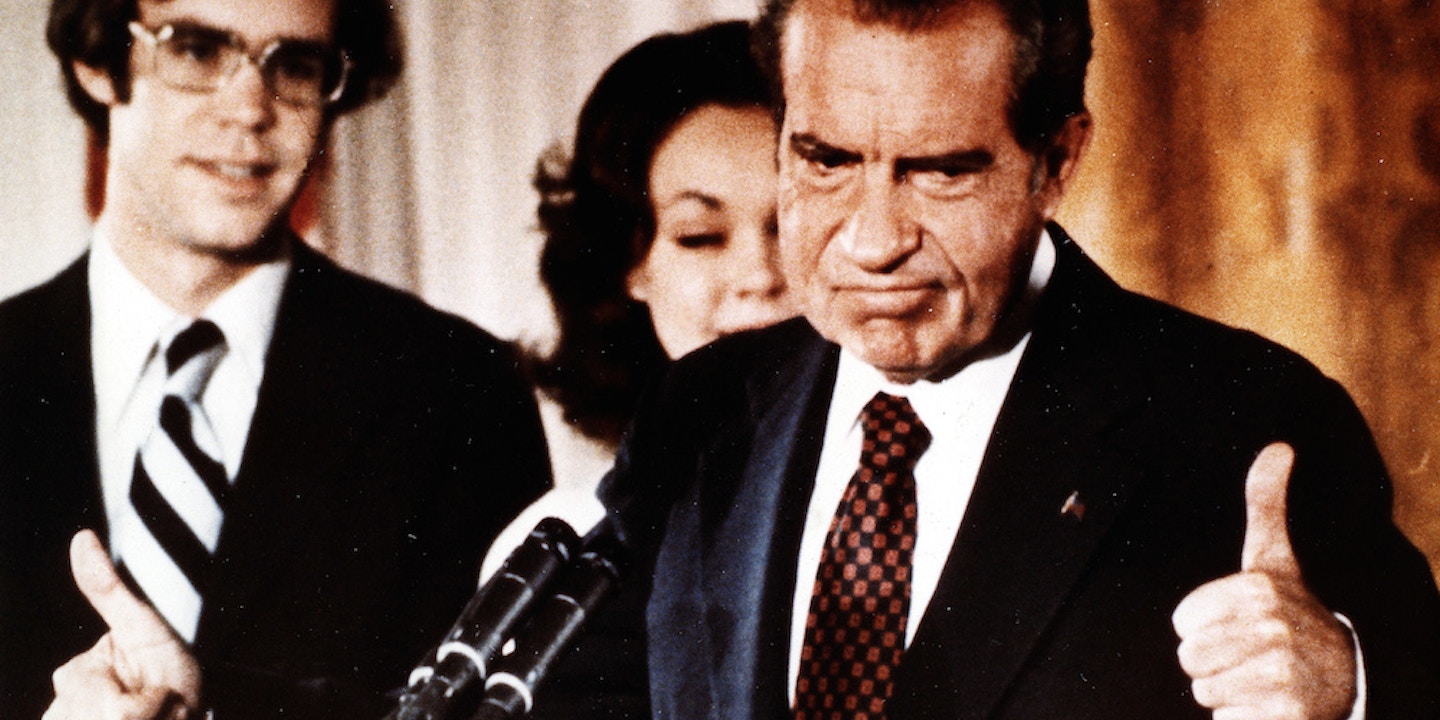 “So what have you been doing?”

The question was barked out by Ben Bradlee, and the young reporter who had to come up with a quick answer was me. I had been freelancing for The Washington Post from South Korea for three years, I had scored a half dozen or so front-page stories, and I was meeting the legendary editor at the end of a day of interviews for a staff job as a metro reporter. Within the first minute or two, he sensed that I was not only a liar but a bad liar.

I mentioned that I had arrived from Seoul via an improbable route. As a vacation, I had flown to Beijing, gotten on the trans-Mongolia train to Moscow, and from there I had taken another train to Berlin, arriving in time to chisel a few stones from the wall that had been breached by East Germans a few days earlier. It was November 1989, communism was collapsing in Eastern Europe, and I had sipped a thrilling bit of it.

All of that was true. The rest was not — that what I really wanted at this point in my life was to work in one of the paper’s local bureaus. I had been coached by the foreign editor and my friends at the paper to tell this fib, so that I would get a staff job and, after a few of what would be the dullest years of my life, earn my way back overseas as a full-fledged foreign correspondent, rather than a $150-per-story freelancer. I tried my best to sound enthusiastic about Montgomery County.

“Why would you want to work here?” Bradlee replied in the growly register he was famous for. “What’s happening in Eastern Europe is the best fucking story since World War II.”

I folded, telling the truth. I had studied Russian in college and I would love to cover the aftermath of the fall of the Berlin Wall but the foreign desk didn’t have a position for me in the region. The next best thing would be a metro job followed, hopefully as soon as possible, by an overseas post. Bradlee laughed. He started telling stories about the great times he had living in Paris after World War II, and then he dismissed me with a friendly wave.

Bradlee died yesterday at the age of 93, and you’ve probably read about it already. He was the Watergate editor, the editor in “All the President’s Men,” a great editor of the 20th century. All of that is true. What’s also true is that he had a compulsion to do whatever he felt like doing, and he made the right choice more often than editors who were more cautious. He didn’t have a political edge — the man lived in Georgetown — but he did have an attitude. When I left his office I had no idea what would happen. The foreign editor, Michael Getler, the kindest person in the newsroom, would hear of my treason and shake his head in despair; I had failed him. The metro editor, Milton Coleman, would hear of it and say, You can never trust those overseas hotshots, I’m not going to hire another of them. The end was near for me.

A few minutes later, I saw Bradlee heading to Getler’s office. I don’t know what was said, but not long afterwards I was told that Getler wanted to talk to me immediately. This wasn’t part of the plan. I walked into his office and he didn’t look up to say hello. He was angry, and I was the reason.

I don’t recall him saying anything else. No smile, no handshake. This hadn’t been his call. Bradlee had apparently ordered him to send the kid to Eastern Europe, and now he had to scrounge around his freelance budget to pay me for stories he didn’t want or need. Kind as he was, at that moment I think he wanted to fire me for insubordination.

Instead of a local school board I got Eastern Europe and the dreadful thing that reporters of a young age wish for, a war to cover; mine would be in the Balkans. I have no idea what I would have become, or who I would have been, if Bradlee had done as most editors would have done, listening to my polite lies and shuffling me along toward a by-the-numbers career that would kill my soul.

I am sure my cause was helped by the fact that I was young and white and male, the kind of object that older editors who are white and male tend to have a biased soft spot for. This is why it’s good we don’t have as many Ben Bradlees these days; the mirroring and replication of a dominant culture is weaker now. Which doesn’t mean we’re in a universally better place; we have a lot of editors who are more cautious than they should be (patriarchy replaced by management culture), and a large number of top slots are still filled with guys (yes, including at The Intercept). It’s hard to believe that gender played no role in the firing of Jill Abramson at The New York Times.

This little story has reached the point where I am supposed to say something charming and sweet. That’s the way appreciations tend to go in the literary equivalent of the bottom of the ninth. In honor of Bradlee, whose language was famously not a model of restraint, I’d like to say, fuck that. The point of this little story, the point that Bradlee conveyed when he let me loose in Eastern Europe, is don’t hold back, find a great story or a great cause and don’t fucking let go.