Victims of U.S. drone strikes in Yemen, Pakistan, and Somalia are being compensated with large amounts of cash — but it’s not officially U.S. money. 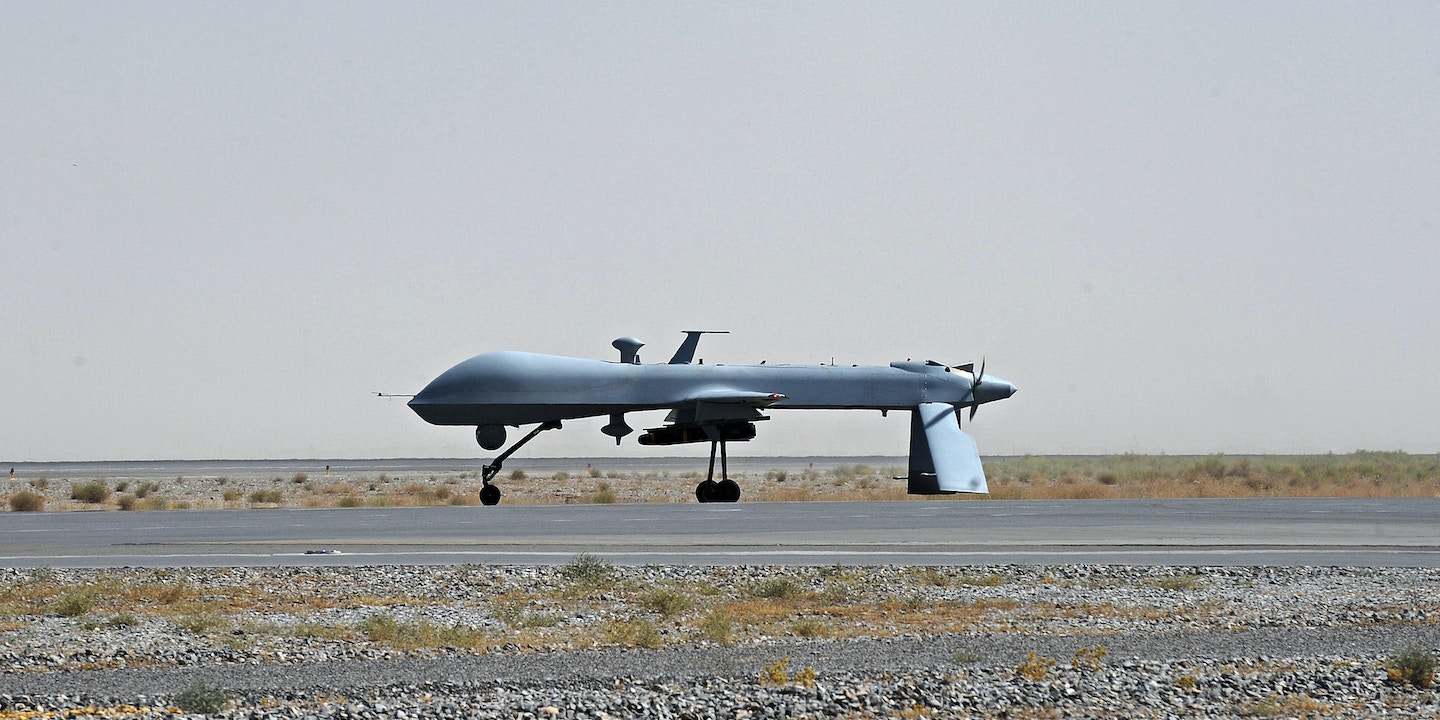 A Yemeni family was paid $100,000 for the death of relatives in a U.S. drone strike in 2012, according to a remarkable story yesterday from Yahoo News. Faisal bin Ali Jaber, a 56-year-old who works at Yemen’s environmental agency, has been on a mission to find out why his innocent nephew and brother-in-law were killed in a strike that also took out three suspected militants. He made it to Washington D.C. last fall, he told journalist Michael Isikoff, where he met with two White House national security aides. They listened, but said little in response.

Then, this summer, Jaber was given a bag of “freshly minted” bills by a Yemeni security official. The money, he was told, came from the U.S. government.

Jaber’s account adds to the piecemeal picture of how the U.S. responds to wrongful deaths in the remote air war in Yemen, Pakistan, and Somalia. In Afghanistan, the military has set up systems to pay cash to the families of civilians it kills or injures. But when it comes to drone strikes, the administration has been far less open about if and when it compensates civilian casualties.

In one controversial strike last December, drone-fired missiles hit a convoy of vehicles in Yemen that turned out to be transporting a wedding party. The victims’ families were eventually paid more than $1 million.

What’s remarkable about these cases are the lengths the U.S. goes to distance themselves from the payments. The CIA and the White House have both said that the U.S. does on occasion make so-called condolence payments in strikes beyond Afghanistan. But the administration generally refuses to admit any involvement in specific incidents, including allegations of civilian harm.

The Defense Department told me last year that it does not make payments in Yemen, and Central Command refused to release documents on the topic that I had requested. Of course, their denial may be semantic – per Jaber’s account, Yemeni officials make the payments, with mysteriously large and pristine piles of U.S. cash. (Both the CIA and military operate drones in Yemen. Isikoff writes that the strike that killed Jaber’s relatives was CIA.)

The reticence may also reflect that the U.S. is loath to admit whom it considers a terrorist target, and whom a civilian. In a detailed account of the wedding party strike published this summer, Buzzfeed’s Gregory Johnsen suggested that leaving the money with the Yemeni government allows “the U.S. the wiggle room to have it both ways, counting the dead as militants while paying for them like civilians.”

Isikoff cites an intelligence source saying the U.S. doesn’t want to incentivize false claims by taking credit for the payments. But, he writes, the reaction in Jaber’s community was not so simple:

The day Jaber and the executor were first offered the cash, they consulted with a committee of village elders. One group, Jaber said, argued against accepting the bag “because this should be public compensation,” not “secret compensation where they are trying to push this all under the carpet.” But another group, he said, argued, “‘If we don’t take it, we will lose it —and the families that have lost breadwinners are in a terrible state.’ … And the families said, ‘We really need this money.'”

Though the idea of paying for human life seems callous, human rights groups have argued for compensation for civilian deaths first in Afghanistan and Iraq, and now in the drone war, as a gesture of respect and as an acknowledgment of hard financial reality. (In Afghanistan and Iraq, the military conceived of the payments as part of a hearts-and-minds strategy – “money as a weapons system,” in the parlance of one Army handbook.)

They are stranger still, however, in a war the U.S. barely admits is happening. Jaber’s response to Isikoff was telling: “One thinks the U.S. believes it can silence the families of the victims with money” rather than “an apology [for the drone strike] and an explanation.”