Torture, ‘Meet the Press’ and Cheney’s Quest for Revenge 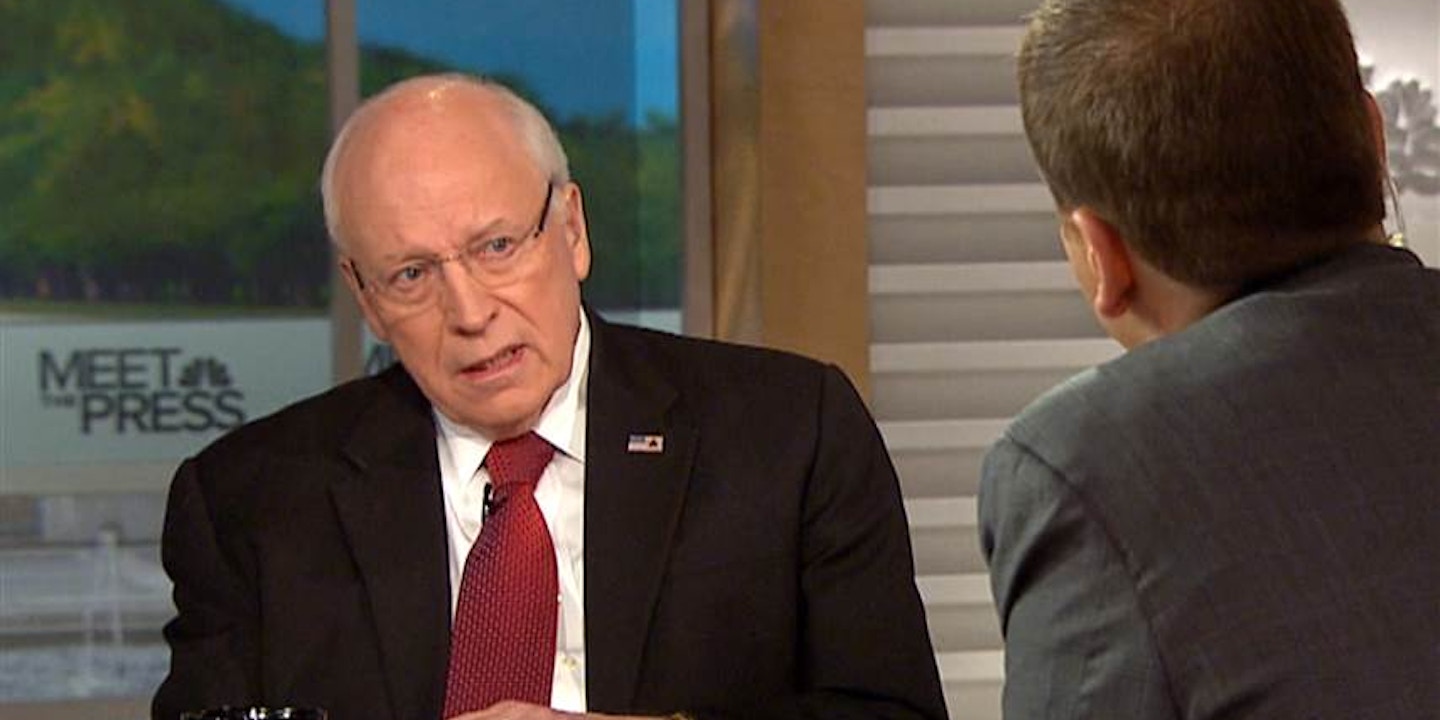 Dick Cheney gave no ground in his “Meet the Press” interview on Sunday, but he did something arguably even better: He bared his twisted soul.

Parrying questions from Chuck Todd with what he must have figured were winning talking points about the 9/11 terror attacks, Cheney unwittingly demonstrated how profoundly he has renounced fundamental American concepts of morality and justice.

Cheney’s most telling response was to Todd’s questions about people who were detained completely by mistake but who were nevertheless tortured — in at least one case to death.

You have to be something other than a normal human being not to be troubled by that.

But Cheney’s response was: “I’m more concerned with bad guys who got out and released than I am with a few that, in fact, were innocent.”

And he would famously do it all again. “I have no problem as long as we achieve our objective,” he said. “‘I’d do it again in a minute.”

What Cheney was saying is basically: If you have a goal and you kill innocent people while you’re at it, tough shit. That is how terrorists think; it’s not how moral people think — or at least are supposed to think.

I suspect that in the not-too-distant future, the defense of “rectal feeding” will become as signature a moment in torture apology as Cheney’s famous prediction that U.S. troops would be “greeted as liberators” has become to the false case for war in Iraq.

Any normal human being would be appalled by Todd’s question about how “Majid Khan’s lunch tray consisting of hummus, pasta, sauce, nuts and raisins was pureed and rectally infused.”

But not Cheney. “I believe it was done for medical reasons,” he said.

After listening to him on Sunday, it has never been clearer that to Cheney the interrogation of detainees was all about revenge — and about having, feeling and exercising power after feeling impotent in the face of an attack on the homeland. (After all, if he or anyone else in a position of power in the White House had paid an iota of attention to the issue before 9/11, the attack could likely have been averted.)

For Cheney, however, his “Meet the Press” appearance was still a win – at least in the short term, until history passes a more considered verdict.

Because our elite political media is unwilling to call out the morally abhorrent self-interested ravings of a torturer, Cheney’s statements effectively push the envelope for what is treated as legitimate debate.

So while we finally have this long-awaited Senate Intelligence Committee report, full of achingly detailed descriptions of abuse and lies even more depraved and duplicitous than any of us had imagined, the media just sees the “revisiting of a debate” about torture.

Last year, a bipartisan, blue-ribbon commission established by the Constitution Project did a good job of explaining how absurd it is that we are actually still arguing about any of this.

The blame for that rests in two places.

One is the Obama administration, for covering up what happened and trying to stifle any sort of national conversation on the topic.

The other is the media, for splitting the difference between the facts and the plainly specious, morally defective arguments led by Dick Cheney.