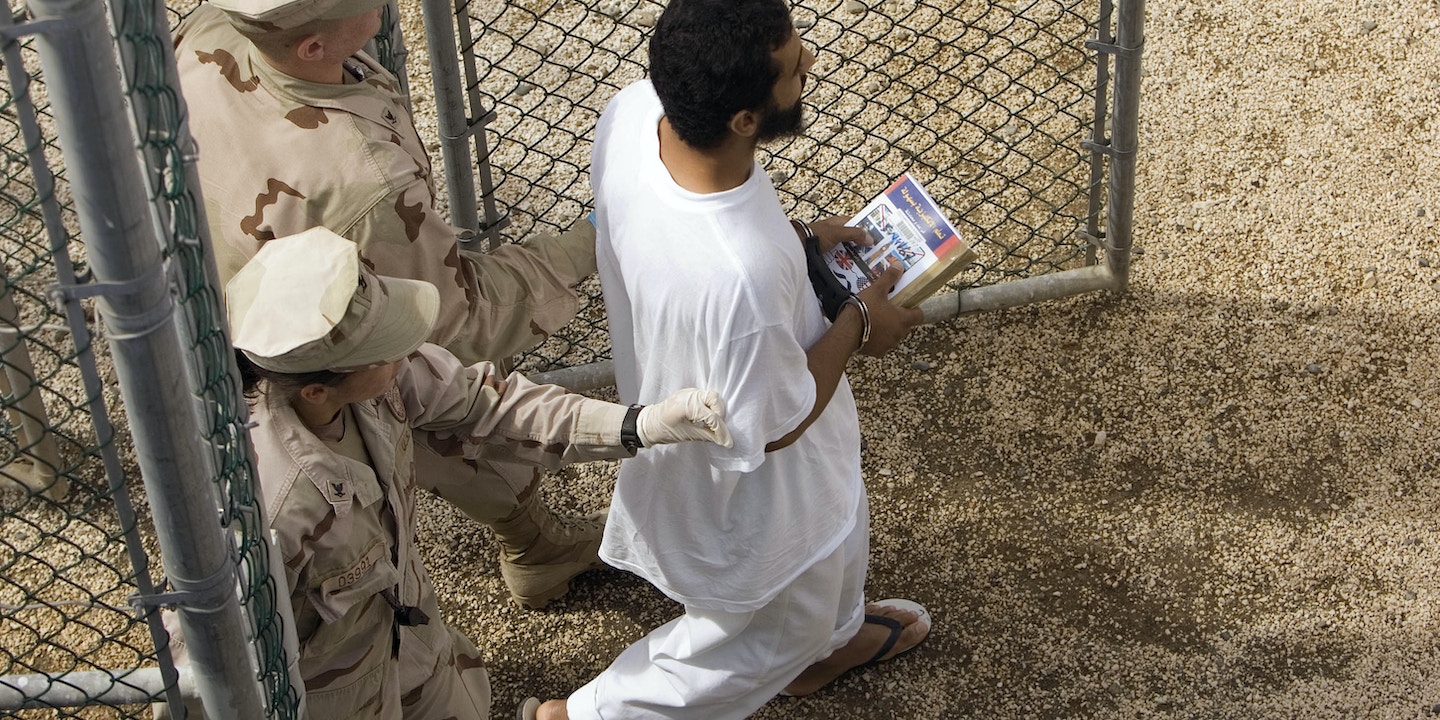 Yesterday marked the thirteenth anniversary of the opening of the detention facility at Guantanamo. But even as President Obama has renewed his pledge to close the island prison, the Yemenis held there have been largely left in limbo.

The Paris attacks, which have been linked to Al Qaeda’s affiliate in Yemen, known as AQAP, demonstrate again the difficulty of sending Yemenis home.

The administration sent 28 men out of Guantanamo last year, leaving 127 detainees. Nearly two-thirds of them are from Yemen. Of those, more than half have already been cleared for release.

Concerns about security in Yemen have long plagued Obama’s plans to close Gitmo. After the Nigerian Umar Farouk Abdulmutallab attempted to blow up a plane over Detroit in 2009 in an AQAP-linked plot, the administration put a moratorium on prisoner transfers to Yemen. A handful of released Guantanamo detainees have gone on to join AQAP.

But there were recent signs of a more aggressive effort to resettle Yemeni prisoners. The U.S. negotiated to send seven of them to Georgia, Slovakia, and Kazakhstan in 2014. The Yemeni government has also proposed building a “rehabilitation center,” modeled after Saudi Arabia’s program, which has processed scores of former Guantanamo detainees.

A few days before the attacks in Paris the New York Times reported that “the White House is no longer waiting for security improvements in Yemen before transferring Yemeni prisoners.”

Then, one of the perpetrators of the Paris attacks told French television before he was killed that he had been sent to Yemen by Al Qaeda and was financed by the Yemeni-American imam Anwar al-Awlaki. On Friday, a source within AQAP provided the Intercept with a statement claiming responsibility for the attack against the French satirical magazine Charlie Hebdo.

Pentagon spokesman Lt. Col. Myles Caggins told the Intercept that the Paris attacks would not affect plans for Yemeni prisoners because there are “no Yemenis we’re currently ready to send to Yemen.” He said efforts are instead concentrated on finding third countries to accept the men.

Six of the Yemenis still at Guantanamo have been there since day one, January 11, 2002, when a military jet landed at the base carrying twenty men captured in Afghanistan.

One of them, Mohammed Abu Ghanim, is still in indefinite detention–neither cleared for release nor set to be tried.  He is awaiting a hearing with the Periodic Review Boards that the Obama administration set up to evaluate the status of Guantanamo prisoners.

Another, Ali Hamza Ahmad Suliman al Bahlul, was convicted of terrorism charges by the military commission at Guantanamo in 2008. Defense lawyers are still appealing his conviction. Four of those first Yemeni prisoners have been cleared for release, but await a place to go.

“We’re definitely getting the message that the administration is willing to take some political risk, ” said Eviatar, of Human Rights First. “Obviously the really sticky thing is when you get it down to the people who are not cleared. What do you do with them? But there are so many people still there who are already cleared for transfer, and those should be pretty easy.”

Correction, Jan. 14, 11:30 AM EST: This post originally stated that Umar Farouk Abdulmutallab attempted to blow up a plane over Detroit in 2010. In fact, the attempt occurred in 2009.