Super PACs: Teens on the Move and Jeb Already in Trouble (Updated with Reply from Teen PAC) 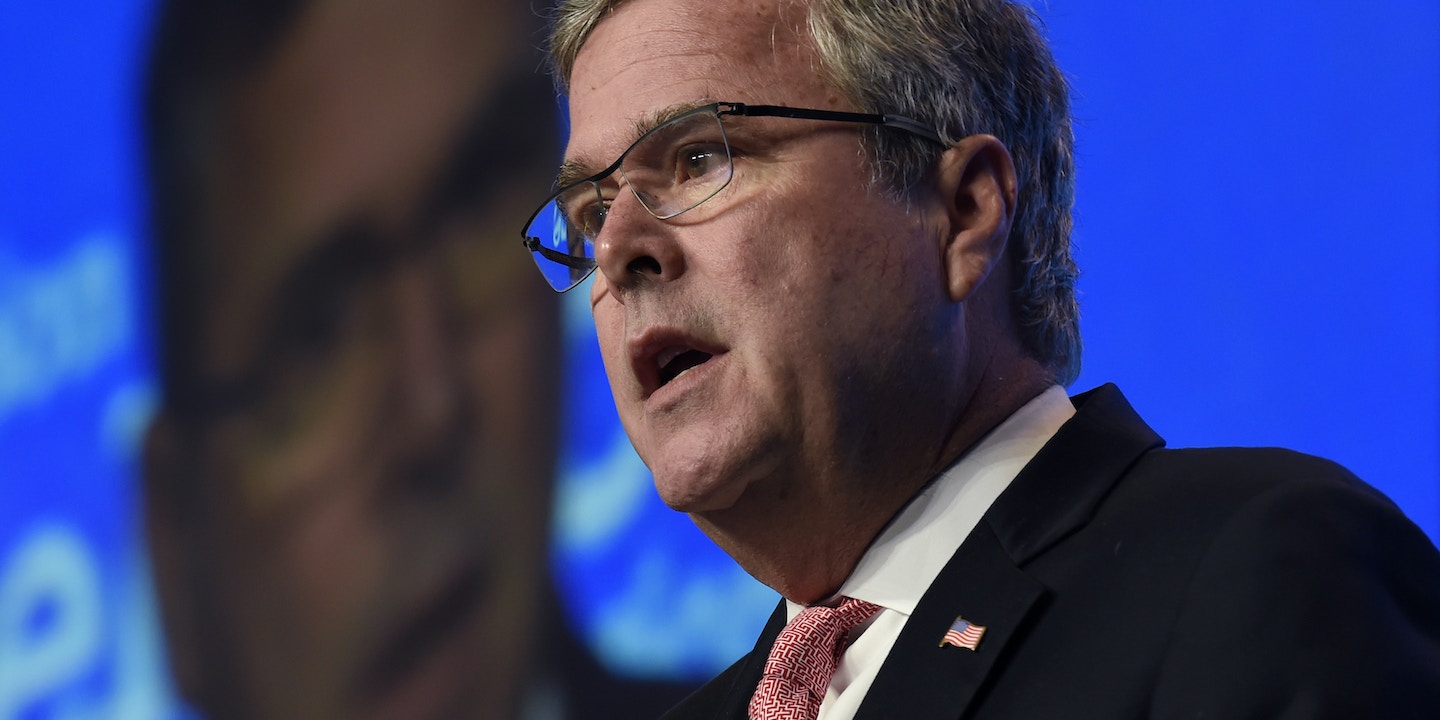 Super PACs, which can raise and spend unlimited amounts of political money, are a dime a dozen, but one formed last month is worth noting: Jaguar PAC. Its top officials — David Woodside, Chairman; Emily Keeports, Secretary; and Jonathan Scurato, Treasurer — are students at Appoquinimink High School in Middletown, Delaware.

This isn’t the first time teens have created a Super PAC, but older ones (or the ones I know about anyway) were started as school projects or were meant to expose the stupidity of campaign finance law by showing how easy it it to create a Super PAC. (Or both.) Past teen Super PACs include the great Colbert-inspired Americans for a Better Yesterday and Young Americans for Rational Politics.

But it’s possible that Jaguar PAC really intends to raise and spend money to promote a (good) cause: “to expand the rights of American students, provide the maximum educational opportunities possible within publicly funded schools, and promote the general welfare of public education.”

“It’s getting harder and harder to tell the AP Government Super PACs from the real ones, but when the treasurer just got inducted into the National Honor Society, that’s a good clue,” Brett Kappel, a campaign finance lawyer who tipped me to Jaguar PAC, told me.

So assuming you’re serious about entering the political fray, good luck to you, Jaguar PAC. I spent my teen years doing a lot less worthwhile things.

[Note: I reached out to Jaguar PAC through the general contact form on the organization’s website, which is not a reliable way to reach anyone. But if I hear back I will update this story.]

A few days after this item was posted I received this email:

Thank you for taking the opportunity to contact us, we would love to talk to you about Jaguar PAC. While the PAC began in our AP Government and Politics class, it was not a project assigned by a teacher or for a grade. Our teacher, John Hoffman, taught us about SuperPACs through videos of Stephen Colbert’s SuperPAC a few years ago. We originally were just fact-checking the videos to see if they were over-simplifying the process for the comedic value but soon discovered just how easy it is to create a SuperPAC.

Over the past year, our school district has been facing turmoil over the role of students in decision making. Specifically, a serious debate has been raging over censorship in our district between a local pastor and his congregation and the students of Appoquinimink High School. Due to the very personal effects that these issues have on us and because we feel almost voiceless when a school board elected by people who are not in our schools is making decisions that affect our daily lives, we decided to form Jaguar PAC as a way for us to raise money and possibly influence local school board elections.

While we have been trying to find ways to raise consciousness and money for our cause, it has been a struggle as three high school students in a district we are attempting to change. We plan on laying the groundwork for influencing future elections and passing the PAC on when we graduate so future generations of students will be able to have a say in the governing of their school. We are so happy that you chose to raise awareness for our cause and would be honored to provide an interview or more information to your article.

If you are interested in the back story surrounding the PAC, feel free to read this article on the censorship debate: http://www.middletowntranscript.com/article/20141210/News/141219972.