Playing With Fire on the Lebanese Border 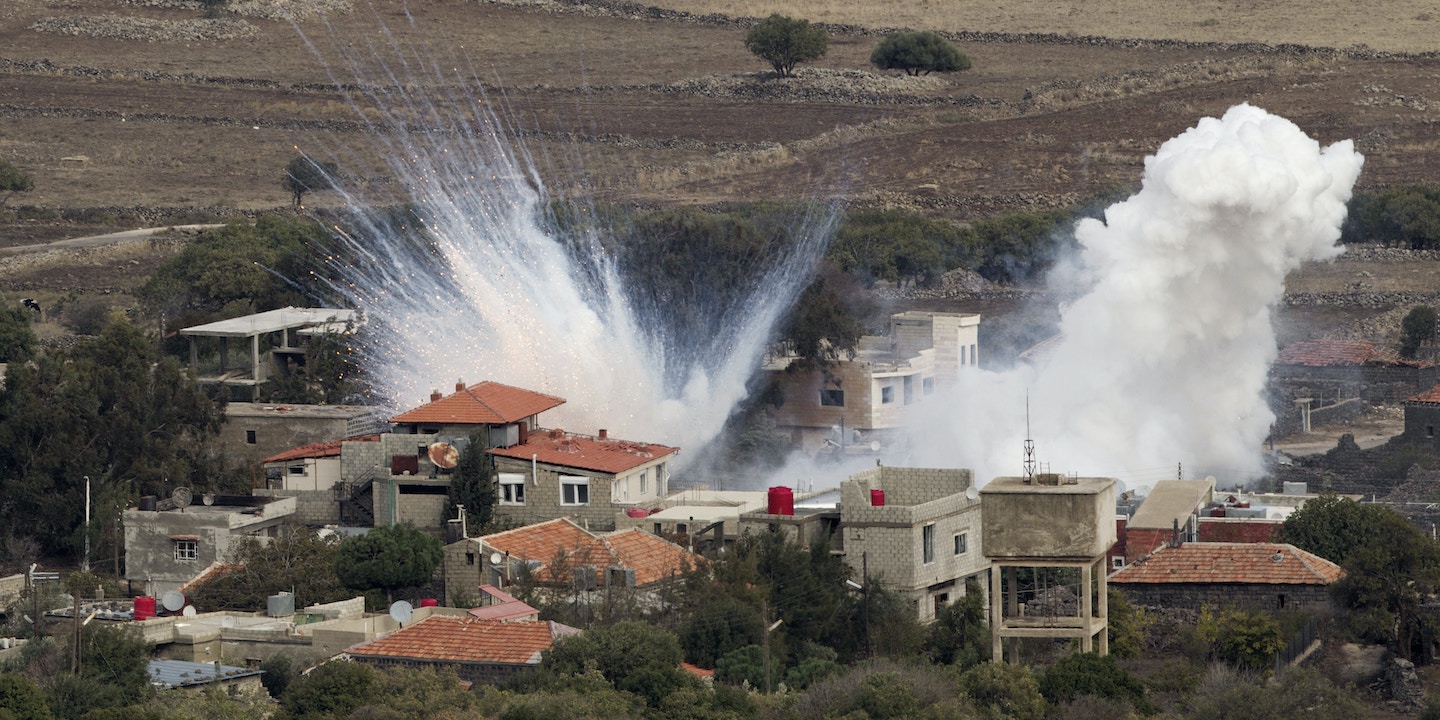 Since the end of the last war between Israel and Lebanon in 2006, the prospect of renewed hostilities between the two countries has been viewed as almost inevitable by most observers. As heinous and destructive as that conflict was, it ultimately resolved none of the underlying issues between the respective parties and seemed only to set the table for yet another escalation of fighting.

Today’s events have primed both sides for just such an escalation.

After an Israeli drone strike on January 18th killed several high-ranking Hezbollah operatives (including the son of prolific former commander Imad Mughniyeh), the group delivered its expected retaliation today by ambushing an Israeli military convoy traveling through a disputed zone near the Lebanese border.

Video footage broadcast by Israel’s Channel 10 News of the aftermath of the attack in the Israeli-occupied Shebaa Farms area showed the wreckage of several military vehicles which appeared to have been hit by anti-tank munitions. The Israeli military confirmed that at least two soldiers were killed and seven more wounded in the assault. A communique issued by Hezbollah shortly thereafter claimed responsibility.

This tit-for-tat violence is the worst since the 2006 war, which resulted in thousands of deaths and wrought massive destruction throughout South Lebanon. Then as now, the conflict was triggered by border clashes that spiraled out of control and escalated into something neither party had bargained for.

Indeed, in a prompt demonstration of how quickly things can get out of hand, Israel retaliated to today’s ambush by shelling Lebanese territory, killing one United Nations peacekeeper.

Also in response to the ambush, Israeli Foreign Minister Avigdor Lieberman called for a “harsh… disproportionate” response. Prime Minister Benjamin Netanyahu warned in a speech that “all those who are challenging us on our northern border [near Lebanon], look at what happened in Gaza.”

Hezbollah’s Hassan Nasrallah has as yet remained silent, but has promised to deliver an address this Friday. If his past speeches serve as any guide, his statements will be at least as virulent as those of his Israeli counterparts.

But as grim as things may seem at the moment, a number of factors may serve to keep both parties from further escalating the situation.

One is that Hezbollah is tied down in a protracted conflict in Syria that has cost the group hundreds of fighters. Also, Hezbollah’s regional popularity is at a low ebb after it alienated many supporters by committing forces to Syrian dictator Bashar al-Assad against what had been broadly viewed as a popular national resistance movement. Unlike in 2006, the group will not be able to rely on the same breadth of popular support if it comes to blows with Israel.

Already, Hezbollah’s political adversaries within Lebanon have sternly warned against further action. Lebanese Forces head Samir Geagea said that “Hezbollah has no right to implicate the Lebanese people in a battle with Israel. There is a government and a parliament which can decide on that.”

For Israel’s part, another major war would also entail huge political risk for the Netanyahu government. For all its troubles, Hezbollah remains arguably the most potent fighting force in any Arab country, and the group is believed to have maintained many of its elite fighters in reserve for possible confrontation with Israel. And Netanyahu surely remembers that Prime Minister Ehud Olmert’s political fortunes were tanked as a result of his own 2006 war against Hezbollah, widely seen within Israel as a disaster.

With elections coming March 17, Netanyahu would be risking his already-fragile political standing by betting on the highly uncertain prospect of swift military victory against the group.

A new conflict would also risk further imperiling Netanyahu’s increasingly contentious relationship with the United States.  The Obama administration is in the midst of sensitive nuclear negotiations with Hezbollah’s patron Iran, and those talks could be derailed by a resumption of major hostilities in South Lebanon. While a calculated derailment may serve Netanyahu’s short-term interests, the long-term price could be high; Netanyahu is already perceived to be manipulating the American political system to undermine administration policies.

Despite all these mitigating factors, it’s still possible that another war is around the corner. Both Hezbollah and Israeli military officials have long made it known that they have been preparing for just such a renewal of hostilities.

The recent war in Gaza may foreshadow how a conflict in Lebanon will play out. After the Gaza City neighborhood of Shujaiya suffered widespread destruction due to Israeli shelling and airstrikes, a senior Israeli military official said at the time, “[this] was basically a preview of what will happen in the next war with Lebanon, where we will have 80 Shujaiyas.”

Photo: Smoke rises after shells fired by the Syrian army explode in the Syrian village of Bariqa, Nov. 12, 2012. (Ariel Schalit/AP)