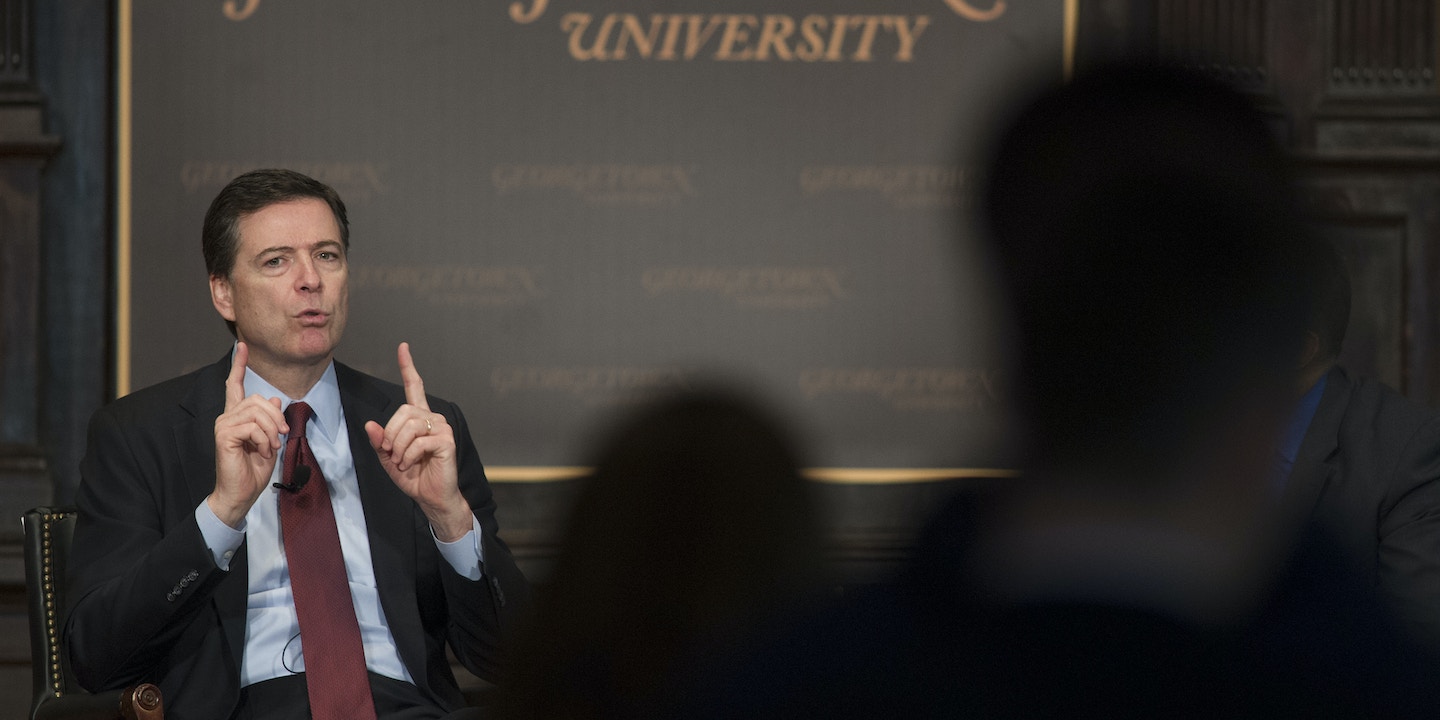 FBI Director James Comey repeatedly defended the police in a speech intended to address race relations after a series of high-profile killings by law enforcement officers.

Speaking at Georgetown University this morning, Comey said citizens need to have more empathy for police, that police response time is not influenced by race, and that “law enforcement is not the root cause of problems in our hardest-hit neighborhoods.”

Comey also cited and quoted from the song “Everyone’s a Little Bit Racist” from the Broadway play “Avenue Q,” adding that while everyone has a duty to try and overcome bias, “racial bias isn’t epidemic in those who join law enforcement any more than it is epidemic in academia or the arts.” And yet “after years of police work, officers often can’t help but be influenced by the cynicism they feel” and begin viewing black citizens differently.

The much-anticipated address comes in the wake of a series of killings of black citizens at the hands of local police, including Michael Brown in Ferguson, Missouri; Eric Garner in New York; and Tamir Rice in Cleveland, Ohio.  Video of the speech is available here, and the prepared, written version of the remarks here.

Among the oddest of Comey’s remarks was that citizens should give more deference and attention to police.

“The citizens need to see what the police see,” Comey said. “They need to see the risk and danger of law enforcement. And they need to give them the respect and space to do their jobs properly.”

Since when do police in the U.S. get too little respect? This is a country that reveres and worships police officers. Go to a basketball game and you will see cops honored during half time. Offer mild criticism of the police, as New York Mayor Bill de Blasio did last year, and you will be pilloried and labeled anti-police. Show faint solidarity with the #blacklivesmatter demonstrators, as the St. Louis Rams did, and fans will turn against you and organize boycotts.

Comey’s call for empathy for police felt especially strange after he sympathetically explained why an officer would take the “mental shortcut” of racially-tinged judgment, i.e. why he would behave in a racist fashion:

Why would the FBI Director ask citizens to sympathize with prejudiced thinking against a group of Americans he knows have been routinely and specifically targeted by law enforcement?

It probably has a lot to do with the fact that Comey is in denial about the impact of that kind of thinking. This is the same man who honestly thinks, as he put it in his speech today, “When you dial 911, whether you are black or white, the cops come and they come quickly.”

The failure of police to respond to emergency calls is one of the biggest complaints from communities of color. There’s an old joke back in my neighborhood in St. Louis: “You want 5.0 to come quicker? Tell them a white woman just got robbed.”

Comey attempted to stake out the central ground as he invoked the “Avenue Q” song “Every One’s A Little Bit Racist” to explain away law enforcement’s abuse of black people. He actually quoted, but thankfully did not sing, the lyrics, “Everyone makes judgments/Based on race.”

What Comey did not say, and what he seems incapable of recognizing, is that, despite individual biases, only white America and its police state  possessed the power to subjugate and oppress a population for nearly 500 years.