The four-star general in charge of U.S. and international forces in Afghanistan told senators he has given the Pentagon different options for slowing the withdrawal of U.S. troops. 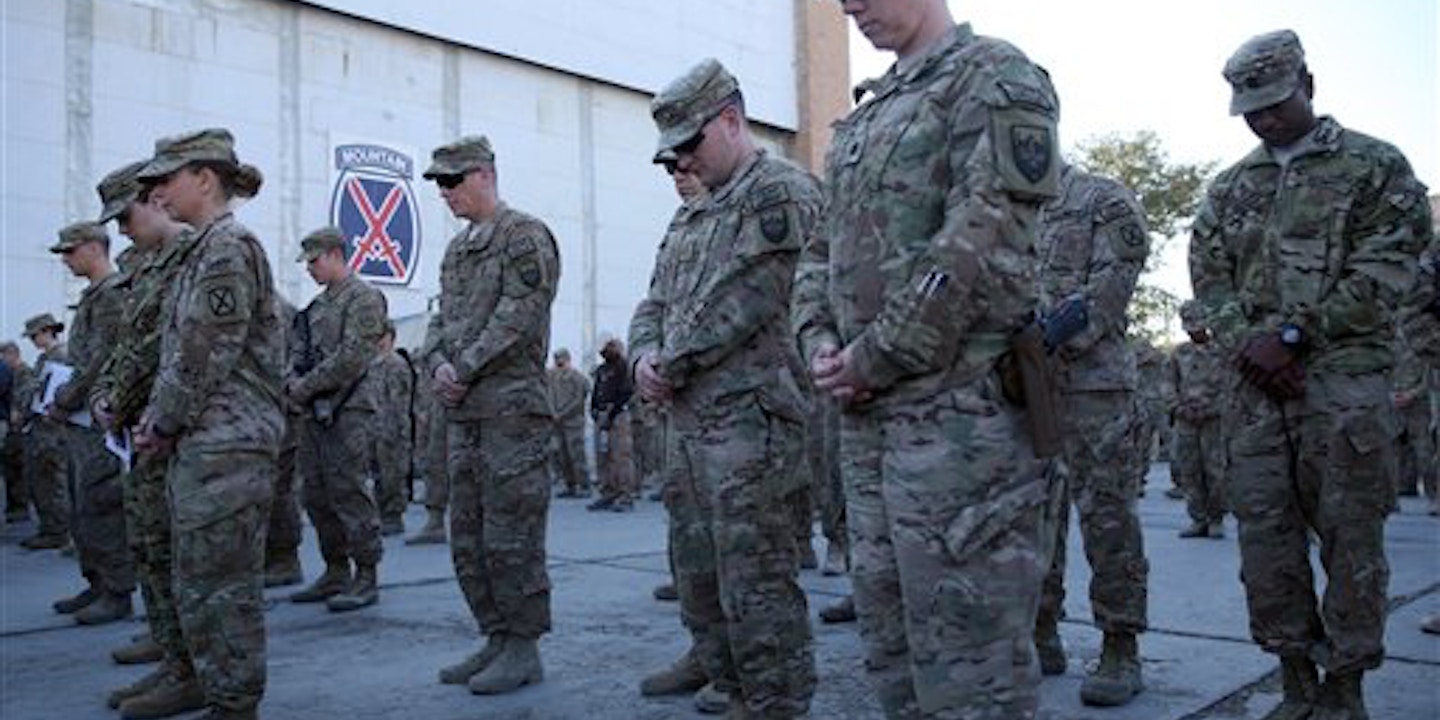 The four-star general in charge of U.S. and international forces in Afghanistan told senators today that he has given the Pentagon different options for slowing the withdrawal of U.S. troops.

There are now roughly 13,000 international troops in Afghanistan, 9,800 of them Americans, Campbell said. President Obama’s current plan would have reduced that to 5,500 soldiers, mostly centered in Kabul, by the end of this year. Army Gen. Cambell said that the Afghan government under its new president, Ashraf Ghani, did not want the U.S. to pull back so quickly.

“If they were to see us leave at that pace it would lower their morale,” Campbell said at a hearing of the Senate Armed Services Committee.

Campbell did not give numbers for his proposed options, but said it would not be a massive troop increase above Obama’s current plan, but rather “more flexibility on location.” He expressed particular concern about being able to support Afghan troops during this year’s fighting season, which starts in the spring.

The Senators at the hearing expressed support for Campbell’s proposal. Republican members, particularly new committee chairman John McCain, R-Ariz., lambasted the Obama administration for having a “calendar-based” rather than “condition-based” drawdown.

Senators were concerned by the example of Iraq’s descent into war with the Islamic State, repeatedly asking Campbell if an American withdrawal from Afghanistan would lead to a similar situation.

Campbell insisted that Afghanistan would not disintegrate once Americans left, citing Afghan national pride and his belief that “the Afghan security forces are not going to let Afghanistan go in the way of Iraq.” The U.S. has spent $65 billion to date training Afghanistan’s security forces, but attrition remains a problem, according to the Special Inspector General for Afghanistan.

Asked about reports that the Islamic State is establishing a presence in Afghanistan, Campbell said he believed it was, at this point, “more of a rebranding of a few marginalized Taliban” looking to exploit the current spotlight on ISIS “as a way to gain resources, media attention.”

Last week, a U.S. drone strike in Afghanistan reportedly killed a former Guantanamo detainee, Mullah Abdul Rauf, who had apparently sworn allegiance to ISIS and begun recruiting for the group there. But it was unclear whether he had real ties to ISIS in Iraq or Syria, or was acting opportunistically after a fallout with the Taliban in Afghanistan.

The strike against Rauf is also a reminder that while combat operations in Afghanistan formally ended in December, the administration is continuing airstrikes and special operations there, as well as training and assistance to Afghan forces. Tens of thousands of U.S. military contractors also remain in the country.