A Prosecutor Seeks Redemption. Can We Allow Prisoners the Same?

A Louisiana prosecutor apologized for sending an innocent man to die. Why not grant prisoners the same potential for change? 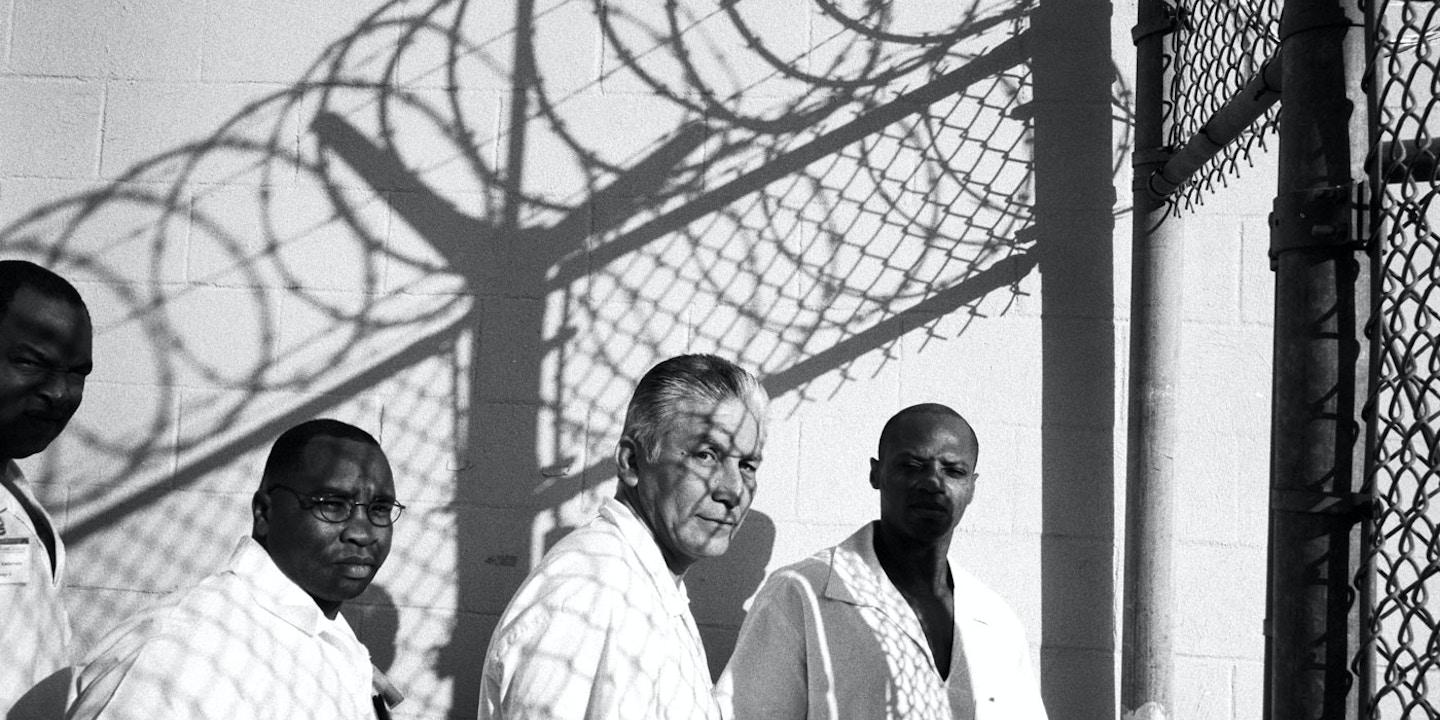 BY NOW MANY have read and been moved by the extraordinary mea culpa published in the Shreveport Times by a man named Marty Stroud III, who more than 30 years ago sent Glenn Ford to die for a crime he did not commit.

“How wrong was I,” wrote Stroud, who as a young prosecutor convicted Ford, a black man, with the help of an all-white jury in Louisiana’s Caddo Parish. Stroud’s murder case against Ford was bankrupt on its face — at trial, a key witness admitted in open court that her testimony had been a lie. Yet Ford didn’t stand a chance. His court-appointed lawyers had never handled a criminal trial, let alone a capital case. He was sentenced to die, though fortunately never executed. After decades spent fighting to prove his innocence, Ford was was finally cleared after the DA’s office revealed it had obtained exonerating evidence. But by the time he was released from prison last year, at 64, Ford was sick with cancer. Doctors say he has just months to live. Ford has spent his last days fighting for financial compensation, which the state has so far denied him. In his anguished letter to the Shreveport Times, Stroud said that Ford “deserves every penny” for his lost freedom and expressed deep remorse “for all the misery I have caused him and his family.”

Stroud’s apology made headlines across the country. The National Registry of Exonerations called it “uniquely powerful and moving.” In a culture that shields prosecutors from having to answer for even the most outrageous miscarriages of justice, Stroud’s letter is indeed an astonishing read. Though no substitute for accountability — he denies any intentional misconduct — Stroud lays bare the hubris that drives state actors to aggressively pursue even the most questionable convictions. “In 1984, I was 33 years old,” Stroud writes. “I was arrogant, judgmental, narcissistic and very full of myself. I was not as interested in justice as I was in winning.” Stroud recalls going out for drinks to celebrate Ford’s death sentence, which he labels “sick.” Not only because Ford turned out to be innocent. But because today Stroud believes that, as a fallible human being, he never should have had that kind of power to begin with. The death penalty, he writes, “is an abomination that continues to scar the fibers of this society.”

Stroud’s dramatic conversion, his revulsion at the memory of toasting a death sentence, echoes a story told by a different man, former Florida prison warden Ron McAndrew. On the morning after overseeing his first execution in 1996, McAndrew went out to the “traditional breakfast” with the execution team, at a Shoney’s in Starke, Florida, just 15 miles from the death chamber. “Everyone in the restaurant knew who we were and what we had just done,” he wrote, “there were even a few ‘high five signs.’” He spotted the defense attorney who had tried to save the life of the man he had just helped execute. “I saw my own sickness on her sad face,” McAndrew wrote. The ritual felt wrong. “It was my first and my last traditional death breakfast.” Later, Esquire would publish a profile of the former warden. It was titled “Ron McAndrew Is Done Killing People.”

Others who once operated the machinery of death have reached similar epiphanies. Two years ago the Guardian published a sobering Q&A with Jerry Givens, a retired executioner who killed no fewer than 62 prisoners for the state of Virginia. Givens, a clearly traumatized man, said taking the job was the “biggest mistake I ever made.” Today he serves on the board of Virginians Against the Death Penalty. Former Georgia warden Allen Ault, who presided over five executions and now speaks out against capital punishment, says he has “spent a lifetime regretting every moment and every killing.” Jeanne Woodford, who gave the order for four executions as the warden of San Quentin Prison, later became the executive director of the abolitionist group Death Penalty Focus. In 2013, the New York Times ran an obituary for a warden-turned-academic who oversaw three executions at Mississippi’s Parchman Farm. It included his nagging belief that one of the men may have been innocent. In its headline, the Times remembered him as “Donald Cabana, Warden Who Loathed the Death Penalty.”

These are transformative figures. Their accounts, while powerful on their own, are important in the space they create for others to change as well — perhaps even some still working inside the system they have since disavowed. As Americans increasingly question the death penalty amid new exonerations and botched executions, we can probably expect — and should encourage — more of these stories.

Yet as these narratives become more ubiquitous, they also expose a nagging hypocrisy. If we are drawn to such expressions of penitence and moral clarity, if we see them as brave or enlightened or even noble, why don’t we grant people in prison the same potential for change? Why have we abandoned rehabilitation, once supposedly central to the mission we call “corrections,” and replaced it with the longest sentences on the planet? Why do we give people who do bad things so few pathways toward redemption? Is it too much to consider that murderers in prison are as complex and human as people who kill in the name of the state?

Earlier this month, the state of Georgia came within hours of killing 47-year-old Kelly Gissendaner for the murder of her husband in 1997. Although her degree of culpability made her case controversial — the killing itself was carried out by a boyfriend — there was no question of her guilt. But as her execution neared, it was also clear that Gissendaner was more than the crime that sent her to death row. While incarcerated she became a student of theology and a source of strength to fellow prisoners. If someone was “being escorted across the yard with cut-up or bandaged arms from attempted suicides,” one former prison guard told the New York Times, others “would yell to Kelly about it.” She “could talk to those ladies and offer them some sort of hope and peace.” Yet as a matter of course, the Georgia Board of Pardons and Parole rejected Gissendaner’s clemency petition. Her contributions behind prison walls held no value to authorities in the outside world. Gissendaner is only alive today because of last-minute concerns over the efficacy of the execution drugs the state was set to use. Georgia still plans to kill her.

Even as more states abolish the death penalty, we have installed in its place different forms of permanent punishment, astoundingly long sentences that deny people’s ability to evolve — or even the human tendency to “age out” of crime. Today, one in nine U.S. prisoners, including people convicted as juveniles, are currently serving a life sentence, according to the Sentencing Project, and “those with parole-eligible life sentences are increasingly less likely to be released.” More people than ever are serving life with no possibility of parole — including thousands for nonviolent offenses, as the ACLU found in a major study in 2013. In Shreveport, Louisiana, where Glenn Ford was wrongly sentenced to die, a lesser-known man named Sylvester Mead was sentenced to die in prison after he drunkenly threatened a cop while handcuffed in the back of a police car. As I noted at The Nation, Mead’s own trial judge argued that his offense “does not warrant, under any conscionable or constitutional basis, a life sentence.” Yet “Mead’s prosecutor appealed multiple times seeking a harsher sentence because of his old convictions.” We can try to construe this as justice. But like Marty Stroud in 1984, this was a prosecutor bent on winning.

There are some signs that we are moving in a slightly more rational direction. California is releasing “lifers,” only a small fraction of whom are landing back in jail. The Supreme Court is chipping away at permanent sentencing for juveniles. Criminal justice reform is in vogue on Capitol Hill. President Obama recently told the Huffington Post he plans to use his clemency powers “more aggressively” to benefit nonviolent drug offenders. In testimony before Congress last week, before a task force charged with recommending improvements to the federal prison system, Marc Mauer of the Sentencing Project said it is time to get past “modest reforms” and boldly proposed that we cap federal sentences at 20 years. “How much punishment is enough?” he asked. “What are we trying to accomplish, and where does redemption come into the picture?”

If there is room for redemption at all — and if we are honest about addressing the crisis of mass incarceration — we must start by recognizing that the 2.3 million people we have put behind bars are no less human than the rest of us. That includes many who have done terrible things. What if we gave more prisoners a second chance, some meaningful shot at parole — an opportunity to redefine their legacy, like Marty Stroud did when he sat down to write to the Shreveport Times? What kind of human potential might they reveal?

Some have made efforts to answer this question. Just a few days before Stroud wrote his letter, the Los Angeles Times profiled a group of men in at San Quentin, who as part of a writing class, were asked to invent their own obituaries. “These were people who were best known for their worst decisions — stabbing a man to death, gunning down a bystander, robbing banks,” the Los Angeles Times reported. But their teacher wanted the group to imagine how they might otherwise be remembered — “What is your real value?” The resulting essays yearned for redemption. One man, convicted for a gang shooting, pictured himself getting stabbed to death while trying to break up a prison fight. Another prisoner, serving more than 30 years on robbery and firearms charges, imagined dying a free man, getting hit by a car when trying to help a stranger with a flat tire. His obituary boasted that he had “finished top of his class in Janitorial duties” at San Quentin, and said that he had spent his time behind bars focused on his future. In real life, the author died less than a year later, at 42, still behind bars.

“Looking back at that period of time in my life, I was not a very nice person,” Marty Stroud admits about the man he was when he sent Glenn Ford to die. Few seem to doubt his sincerity. How many people in prison would say the same about their own worst mistakes? Would we listen?