Before the Walter Scott video was published, police implied the victim was violent and scary. That’s an old script. 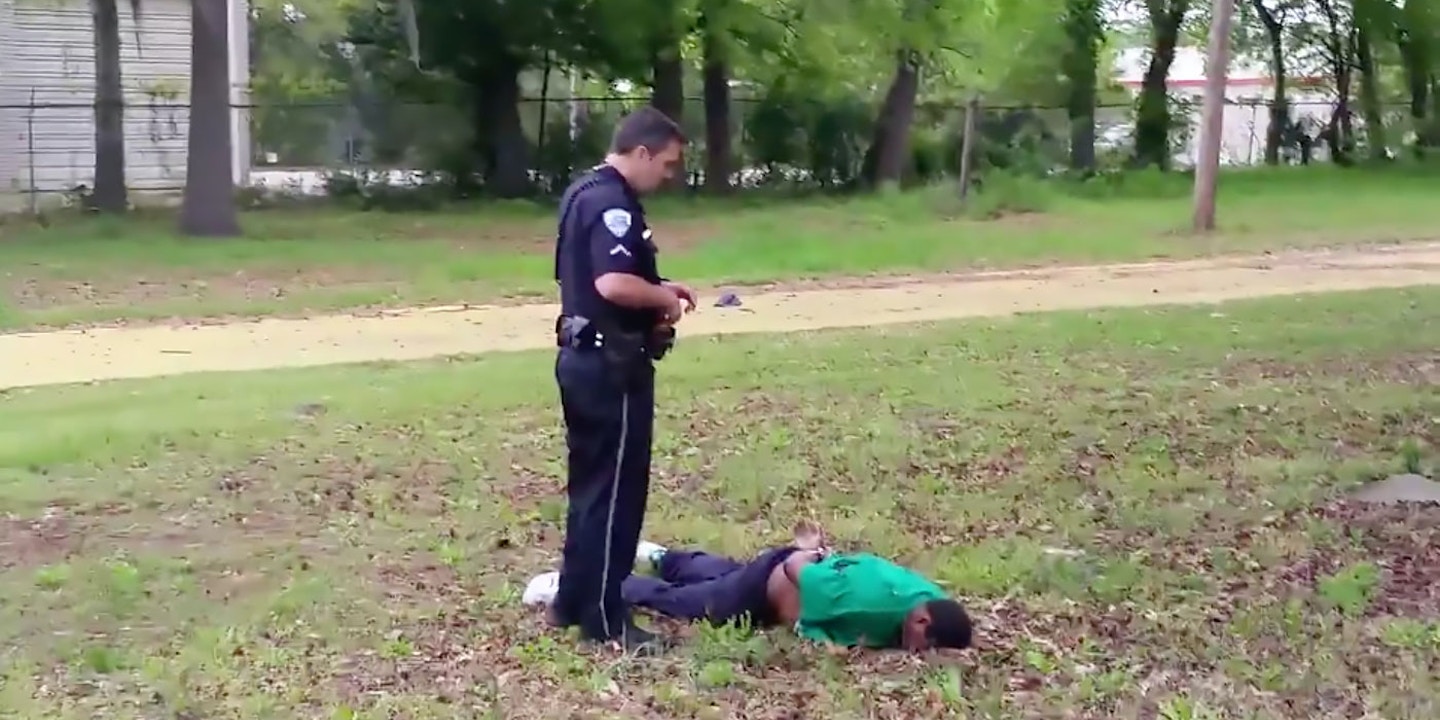 A video supplied to The New York Times, showing the shooting death of 50-year-old Walter Scott at the hands of a South Carolina police officer, appears on first viewing to be the latest example of an unarmed black person killed unnecessarily by a white cop.

But it’s so much more than that. Because three days elapsed between the shooting and the publication of the video of the shooting, the Scott incident became an illuminating case study in the routinized process through which police officers, departments and attorneys frame the use of deadly force by American cops in the most sympathetic possible terms, often claiming fear of the very people they killed. In the days after the shooting, the police version of events — an utterly typical example of the form — was trotted out, only to be sharply contradicted when the video surfaced. In most cases like this, there is no video, no definitive, undisputed record of much of what happened, and thus no way to rebut inaccurate statements by the police.

The first report of the Saturday afternoon incident, from Charleston’s The Post and Courier, followed the usual script: The police department’s story portrayed the victim as behaving dangerously, in this case, purportedly struggling to take an officer’s Taser as part of a violent altercation. Family and friends of the slain black victim mourned his loss and questioned the narrative offered by authorities.

The pro-police spin continued two days later, when a lawyer for Michael Slager, the officer who shot Scott, said Scott “tried to overpower” his client, who “felt threatened and reached for his department-issued firearm and fired his weapon.”  Scott’s family and allies could do little more than note that Scott was unarmed, and call for the truth to somehow emerge.

That was before the video of the incident — from a brave soul now identified as 23-year-old Feidin Santana — got into the hands of the Scott family. And in one dramatic instance, a cop’s tale of fearing for his life was replaced with a clear recording of the truth — a truth so damning it appears to have motivated Slager’s lawyer to stop representing the officer (the lawyer has declined to discuss his motivation, but told The Daily Beast, “All I can say is that the same day of the discovery of the video that was disclosed publicly, I withdrew as counsel immediately.”)

“Feared for my life” has become a crutch for law enforcement in cases where an officer has used deadly force, especially deadly force against people of color and particularly when those people are black and unarmed. It conjures the possibility, even the likelihood, of an exoneration, serving as a sort of “Beetlejuice, Beetlejuice, Beetlejuice” chant whenever there is no deadly weapon in the hands of the person just killed. The officers who shot unarmed Michael Brown in Ferguson last year and unarmed Sean Bell in New York in 2007 famously claimed they feared for their safety, to take just two recent examples. The same could also be said about the two recent tragedies in Ohio, where 22-year-old John Crawford and 12-year-old Tamir Rice, despite appearing as if they were armed with real guns, were never given a real opportunity  to put down their BB and airshot guns, respectively. Officers in both cases have claimed they ordered the victim to drop his apparent weapon — but Crawford was shot within one second of contact with police, and Rice within two seconds, according to analyses of footage of the incidents.

One incident in Texas in 2008 that has largely gone under the radar illustrates how hard it is — without video — to litigate against officers who claim to fear for their lives. In the Bellaire, Texas incident, a white police officer shot former minor league baseball player Robbie Tolan, saying he feared Tolan was reaching for a gun. Tolan, who was unarmed, had been suspected of driving a stolen car after an officer incorrectly entered his license plate number. When he was shot, he was in front of his parents’ home protesting how his mother was being treated by responding officers as she and his father tried to explain that the car belonged to the family. Tolan survived, but a police bullet remains lodged in his liver. He filed a federal suit in 2009, and the Supreme Court last year unanimously ruled that a federal appeals court must reconsider a lawsuit by Tolan, which the appeals court had originally declined to consider. (The officer who incorrectly entered his license plate number received an “Officer of the Year” award in 2013.)

Without video, Tolan has been in court for six years and still has no verdict; his federal case resumes in September. And, without video, Walter Scott’s loved ones would have been left with questions haunting them forever. Their accounts of Scott being a calm and controlled individual — “He’s not a violent guy, never seen him argue with anybody, I just can’t see it,” Scott’s cousin Samuel told The Post and Courier — would have had to contend with racist stereotypes and insinuations about his 10 arrests, even though those were described as “mostly for failure to appear for court hearings and to pay child support.”

Though more cameras — body cameras on cops, increased recording of stops by smartphone-wielding citizens — won’t automatically stop some police officers from engaging in racist assault, they provide the best means of countering the stories assumed to be true, that turn out to be false, told by police officers and propped up by the spin machines that stand behind them. In the Scott case, a cop was not lucky enough to sell his dubious story to the public. We should all be thankful for that. But Lord knows how many thousands of police con jobs involving claims of fear before shooting black victims have been pawned off on the citizenry.