Later during the same broadcast, Del. Patrick McDonough also called for a “scientific study” of what he called the “thug nation” in the black community. 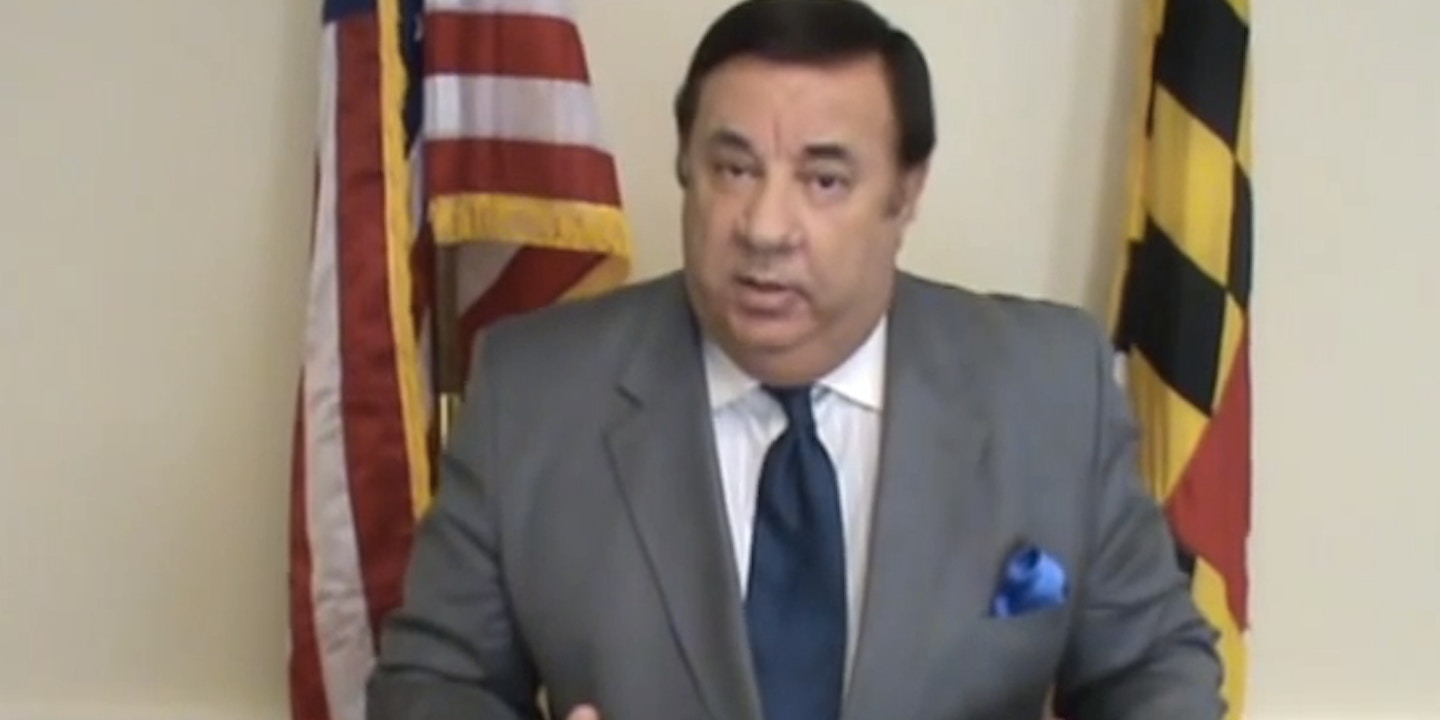 Maryland State legislator Patrick McDonough, the guest host of a drive-time radio program on Wednesday morning, discussed the possibility of revoking food stamps from the parents of protesting Baltimore youth.

Later during the same broadcast, McDonough called for a “scientific study” of what he called the “thug nation” in the black community. McDonough is a Republican member of the state’s House of Delegates who represents a suburban area northeast of the city.

McDonough’s food stamps comment came in response to a caller who asked, if protesters are “too young, why can’t they take away benefits from families, from like the parents who are collecting welfare.”

“That’s an idea and that could be legislation,” replied McDonough. “I think that you could make the case that there is a failure to do proper parenting and allowing this stuff to happen, is there an opportunity for a month to take away your food stamps?”

During much of the three hour program, McDonough discussed the “thug community” of Baltimore.

At one point, discussing the possibility of a “scientific study” on “police relationships with the black community,” he said such an effort is necessary because there has never been research by “brilliant, honest, objective people” on “this community, this culture, this thug nation.”

“These young people, they’re violent, they’re brutal, their mindset is dysfunctional to a point of being dangerous,” he said, noting that he does not want to “put them in a test tube or cage.” But, McDonough added, “We have got to study, investigate, and really look at what this is all about,” calling it a problem “that prevails the nation from Los Angeles to Baltimore to Baltimore County.”

McDonough repeated several times during his broadcast that his use of the term “thug” was not a “dog whistle” because President Obama had used the term to describe Baltimore protesters. He also added that he has supported scholarships, which have benefited people of color.

McDonough has attracted criticism in the past for racially tinged rhetoric. In 2012, McDonough called for Baltimore Mayor Stephanie Rawlings-Blake to resign over violence from “roving mobs of black youths” at the Inner Harbor. This week, the legislator sent out a newsletter boasting that the upheaval in Baltimore proved his point about mobs of black youth. “Now in 2015, here we go again. A criminal riot, mostly generated by black youths using the excuse of the Freddie Gray incident as a premise for their reckless lawlessness, unfolded in full furry,” McDonough wrote in his newsletter.

McDonough, though something of a fringe figure in Maryland politics, has enjoyed the support of radio station WCBM, where he hosts a regular program and fills in for other hosts. Wednesday morning, he was filling in for Tom Marr, a host who the previous day spread unfounded theories about Freddie Gray’s death.