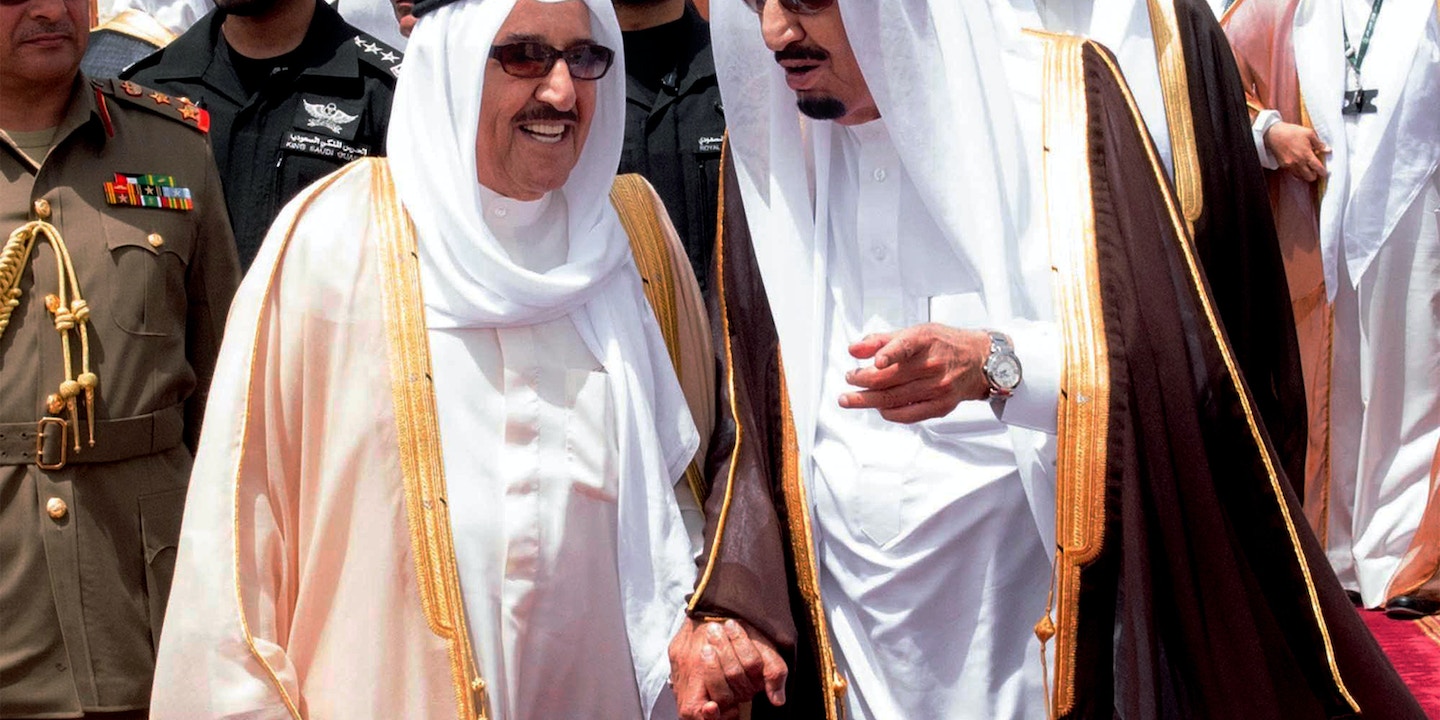 In 2009, a U.S. State Department diplomatic cable gave one of the first glimpses of a burgeoning alliance between Israel and the Arab states of the Gulf Cooperation Council (GCC). The cable quoted Israeli Foreign Ministry official Yacov Hadas saying, “the Gulf Arabs believe in Israel’s role because of their perception of Israel’s close relationship with the United States,” adding that GCC states “believe Israel can work magic.”

Israel and the Gulf states also shared an interest in countering what they saw as rising Iranian influence in the Middle East. So while the two sides sparred in public — Israel’s “Cast Lead” military operation had just claimed more than 1,400 lives in the Gaza Strip and was condemned by Saudi Arabia, in a letter to the United Nations, as “fierce aggression” — they enjoyed “good personal relations” behind closed doors, Hadas said, according to one cable. Hadas reportedly added that the Gulf Arabs were still “not ready to do publicly what they say in private.”

Fast forward six years, and it seems as though the GCC states have finally readied themselves to go public about their warming relationships with Israel. In an event at the Council on Foreign Relations this week in Washington, reported on by Bloomberg’s Eli Lake, high-ranking former Saudi and Israeli officials not only shared the stage but disclosed that the two countries had been holding a series of high-level meetings to discuss shared strategic goals, particularly around the perceived regional ascendance of Iran. At the event, former Saudi General Anwar Eshki openly called for regime change in Iran, while former Israeli ambassador to the U.N., Dore Gold, once a fierce critic of Saudi Arabia, spoke of his outreach to the country in recent years, and of the possibility of resolving the remaining differences between the two nations, stating, “Our standing today on this stage does not mean we have resolved all the differences that our countries have shared over the years, but our hope is we will be able to address them fully in the years ahead.”

Relations with Israel have long been a third rail for Arab states. Following the creation of Israel in 1948 and the resulting displacement of hundreds of thousands of Palestinian refugees, other Middle Eastern countries have maintained a position of public hostility towards Israel, in line with longstanding domestic public opinion. Although countries such as Egypt, under military dictatorship, have concluded formal peace treaties with Israel in defiance of popular sentiment, for the most part Gulf states have remained aloof.

In recent years, however, the dual phenomena of the Arab uprisings and growing Iranian influence have pushed GCC leaders closer to Israel. Last year, Saudi Prince Turki bin Faisal took the unprecedented step of publishing an op-ed in a major Israeli newspaper calling for peace between Israel and GCC nations, as well as for a resolution to the Israel-Palestine conflict. As the United States under the Obama administration has pursued détente with Iran in recent years, reports have also surfaced suggesting covert security cooperation between Israel and GCC states. The investigative news site Middle East Eye recently documented the existence of regular, secret flights between Abu Dhabi and Tel Aviv, despite the ostensible ban on Israeli citizens entering the UAE.

In his 2012 book After the Sheikhs: The Coming Collapse of the Gulf Monarchies, Durham University Professor Chris Davidson wrote that Gulf states will continue to seek Israeli support thanks to growing external pressures on Gulf States in the wake of regional upheaval. Even as it describes the GCC countries as consisting of “national populations who for the most part are anti-Israel and pro-Palestinian, with the topics of Israel and Zionism often stirring strong emotions,” the book documents increasing clandestine economic and political coordination by GCC leaders with their Israeli counterparts in recent years.

There are signs, however, that even popular anti-Israeli sentiment within these countries may be shifting. A recent poll of Saudi public opinion conducted by students at the Interdisciplinary Center in Herzliya, an Israeli university, found that a minority of the Saudi public viewed Israel as a major threat to their country, and cited instead either Iran or the nascent Islamic State as their primary objects of concern. “What we think here in Israel about the Saudis is not exactly what they are,” said Alex Mintz of IDC Herziliya, who helped oversee the poll. “We assume that we know what people in Iran, Gaza and Saudi Arabia think, [but] nobody that I talked to thought that Saudis would say by a margin of 3-to-1 that Iran scared them more than Israel, nobody predicted that.”

With the Obama administration seeking to conclude a controversial nuclear agreement with Iran next month, it seems likely that Gulf Arab states and Israel, traditional U.S. allies united in their opposition to the deal, will continue to grow their strategic coordination. The recent decision by high-ranking former officials representing both Gulf and Israeli interests to go public with their cooperation is only the latest signal of the strength of this burgeoning alliance. Given that this relationship is flourishing against the backdrop of the still-ongoing Israel-Palestine crisis, as well as the ascendance of far-right political parties within Israel itself, it seems clear that GCC leaders have decided in the wake of the Arab Spring to place their own narrow political interests above any publicly-stated principles about stability in the region.