Politic365, which calls itself “the premier digital destination” for “policy related to communities of color,” has ties to the utility industry and opposes solar energy. 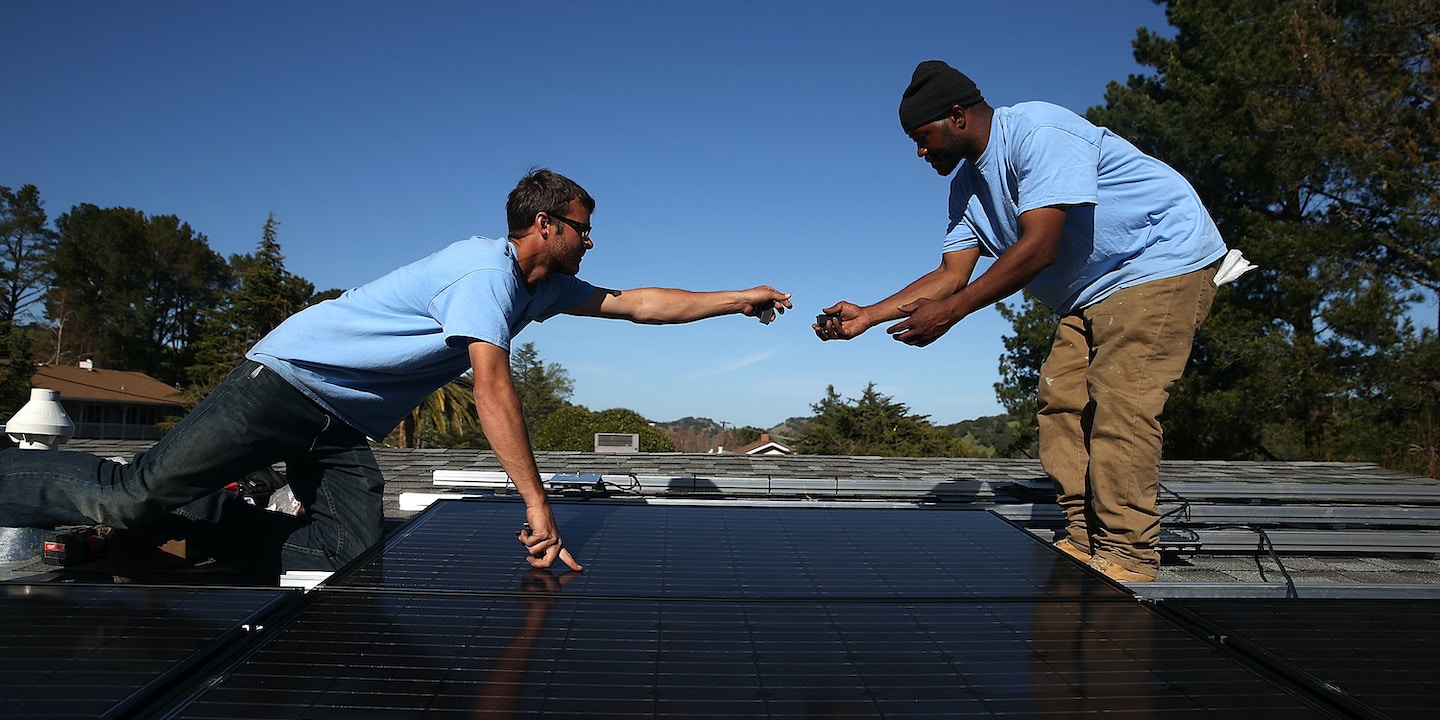 Politic365, a media website that touts itself as “the premier digital destination for politics and policy related to communities of color,” has emerged as a leading online critic of home solar energy, publishing nearly a dozen articles about how policies to promote solar energy-powered homes will harm minority groups, particularly African Americans.

The website looks and feels like a traditional media outlet, and in many ways it is. It  covers a range of issues, from policing to the 2016 presidential campaign. But when it comes to energy policy, readers of the site may not realize that Politic365 is maintained by a public policy consulting firm that serves the utility industry.

The issue at hand is “net metering,” a rule that allows homeowners to claim credits for the electricity they generate and send back to the grid. Electric utility companies view the proliferation of such rules as a threat to their bottom line and are lobbying to repeal net metering policies throughout the country.

Politic365 has published article after article criticizing net metering, arguing that the policy leads to regressive rate hikes. Matthew C. Whitaker, a guest contributor, claimed that net metering will increase utility rates on low-income customers, meaning the policy will have a “negative impact on African Americans.” Another article, by Politic365’s E.R. Barnette, asked why “are policies like net energy metering allowed to proliferate unchecked when they hurt the American people who can’t afford [sic] install solar panels?” Politic365 founder and editor-in-chief Kristal High has blogged multiple times in opposition to net metering, at one point castigating a proponent of rooftop solar as aloof and “privileged.”

The claim that residential solar energy providers are shifting costs onto low-income consumers is disputable. The Politic365 writers do not consider the benefits of community-based solar projects, which share solar power with renters and tenants, nor do they consider research showing that solar producers have actually saved ratepayers money by providing energy back to the grid. As the environmental news site Grist noted, when “structured correctly, net metering can spread economic benefits across communities, including to those who can’t produce their own solar power.”

NetCommunications, a public policy consulting firm that registered the domain for Politic365, has been retained in the past for public relations campaigns on behalf of the utility industry. It was founded by Julia Johnson, who is Politic365 editor-in-chief Kristal High’s stepmother. High also disclosed during a radio program last year that she is a paid consultant to DCI Group, a lobbying firm that represents Verizon, ExxonMobil and other interests.

I asked High about her relationship with NetCommunications and the DCI Group. In an email, she responded, “Our mission is to provide opinion and analysis about issues driving the day, and in doing that we partner with and seek sponsorships and support from a host of organizations. While your questions seem to suggest that our focus is energy, that is a relatively small proportion of the issues we address.”

Johnson did not respond to a request for comment. In addition to consulting for the utility trade groups in the past, Johnson is also a highly paid board member for two firms with a stake in the net metering debate. Securities and Exchange Commission filings reveal that Johnson is a board member for utility companies FirstEnergy and Northwestern Energy. For 2014, Johnson was paid $210,060 in cash and stock awards from FirstEnergy and $184,728 in cash and stock awards by Northwestern Energy.

Politic365’s advocacy has been touted by interests opposed to home solar energy as an example of independent opposition to net metering. For instance, the Arizona utility APS quotes Politic365’s High to argue against net metering.

There has been a concerted effort by industry to peel away African American support for solar home energy. David Owens of the Edison Electric Institute, a lobby group for the utility industry, met with staff to members of the Congressional Black Caucus in November 2014 and criticized net metering, according to Huffington Post reporter Kate Sheppard. Grist’s Brentin Mock followed up on the effort, reporting that few were persuaded by the utility industry’s pitch.

Politic365 has awarded several utility executives, including senior officials with Duke Energy, Southern Company and Florida Power & Light, with its “Gamechanger” title. In 2012, utility industry lobbyist David Owens was given the Gamechanger award by the site.

Nearly a decade ago, DCI Group was caught operating a news outlet called Tech Central Station to promote the interests of their clients. It shut down the site under political pressure.

Net metering may not be the only issues where Politic365 is conflicted. Politic365 regularly criticizes net neutrality, a policy sharply opposed by DCI Group client Verizon. The site also promotes Verizon directly, claiming in an article published in December of last year that tech firms can “learn from” companies such as Verizon in hiring more minorities.

Still, High defended the integrity of her news site. “We’re a platform of independent thinkers, each of whom have day jobs, and the things we publish and promote on the site are not dictated by anyone’s agenda,” she said.