Dylann Roof’s obsession with Rhodesia is characteristic of a relatively new white supremacist movement that is strongly associated with the “white genocide” activist Robert Whitaker, a resident of Roof’s hometown. 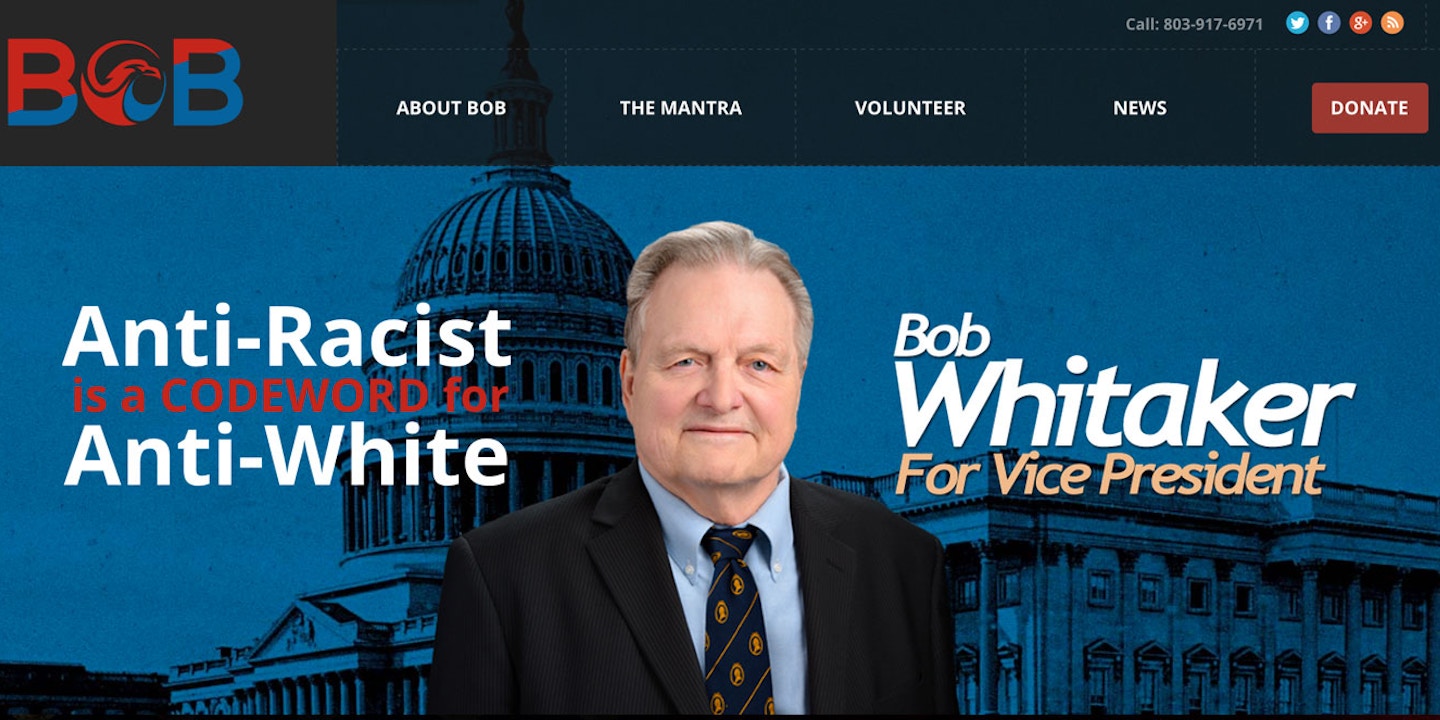 On Saturday, a manifesto apparently written by Dylann Roof, the man accused of shooting nine people at a church in Charleston, South Carolina, was discovered on a website registered in his name. The 2,500 word text, a rambling screed spewing hate at black people, Mexicans and Jews, describes how he was radicalized by the Trayvon Martin shooting case in Florida, and his subsequent discovery of the online white supremacist community. In 60 photographs that were also found on the site, he posed with a variety of hate symbols. Roof has been widely described as a lone wolf terrorist who absorbed his ideology from the darker corners of Internet. His website, which is no longer active, was registered under the domain lastrhodesian.com.

According to Ryan Lenz, a researcher at the Southern Poverty Law Center who has studied hate groups in South Carolina extensively, the preoccupation with the former white nationalist colony of Rhodesia is characteristic of a particular white supremacist movement that demands geographic separation of the races. This movement has gained ground over the last five years and is strongly associated with Robert Whitaker, the organizer of Bob’s Underground Graduate Seminar, or BUGS, a white supremacist blog. Whitaker happens to live in Roof’s hometown of Columbia, South Carolina.

Whitaker is a self-styled scholar and political activist who claims to have been a college professor, Capitol Hill staffer, Reagan Administration appointee and writer for the Voice of America. He is currently running for vice president of the United States on the ticket of the white supremacist American Freedom Party.

“The words that Roof reportedly said during the shooting were reminiscent of an idea that Whitaker has created and has certainly become prominent among the racist right,” Lenz explained to The Intercept. “Many racists feel it is a magic tool against multiculturalism.”

Whitaker’s persistent messaging has attracted many young followers, who call themselves “BUGSers” and claim they are part of a “swarm” dedicated to spreading the “Mantra,” an eight-paragraph racist diatribe that bemoans the “ongoing program of genocide against my race, the white race.” Whitaker’s rabid online community of followers consider him to be a propagandistic genius and flood the web with his short, simple message. His disciples have also organized demonstrations against white genocide and put up racist billboards around the country.

Although no evidence has emerged that Roof had any contact with Whitaker, who is revered among the online white supremacist underground as a vanguard thinker, the geographical coincidence is remarkable. It’s hard to believe that an avid online consumer of white supremacy websites would be unaware of Whitaker’s presence in his hometown.

Reached by telephone on Friday afternoon, Whitaker was eager to talk. He said he believed the Southern Poverty Law Center was trying to blame him for the shooting but denied knowing Roof. “South Africa made the same mistake that we do in the U.S. They tried to work with republican moderates,” Whitaker said, adding gloomily that “South Africa and Rhodesia were doomed from the start.” Whitaker believes that governments are plotting to dilute the white race and make everyone a “mud-brown color.”

Whitaker denied that his message or racist organizing had any role in influencing Roof. “I’m against cold-blooded murder,” he said, and emphasized that he was simply exercising his right to free speech. Nonetheless, Whitaker implied that Roof’s actions were part of an ongoing conflict in society between the white race and the forces of diversity, which he says advocate white genocide.

“When you see the mob, hear the mob constantly screaming, people like me respond with their voices,” Whitaker said. “When you have a screaming mob outside, most people are going to start screaming, but others respond with shooting.”