Orwell’s Triumph: How Novels Tell the Truth of Surveillance

We are characters in narratives constructed by algorithms. Joshua Cohen’s new novel, Book of Numbers, explores the ambiguity of surveillance. 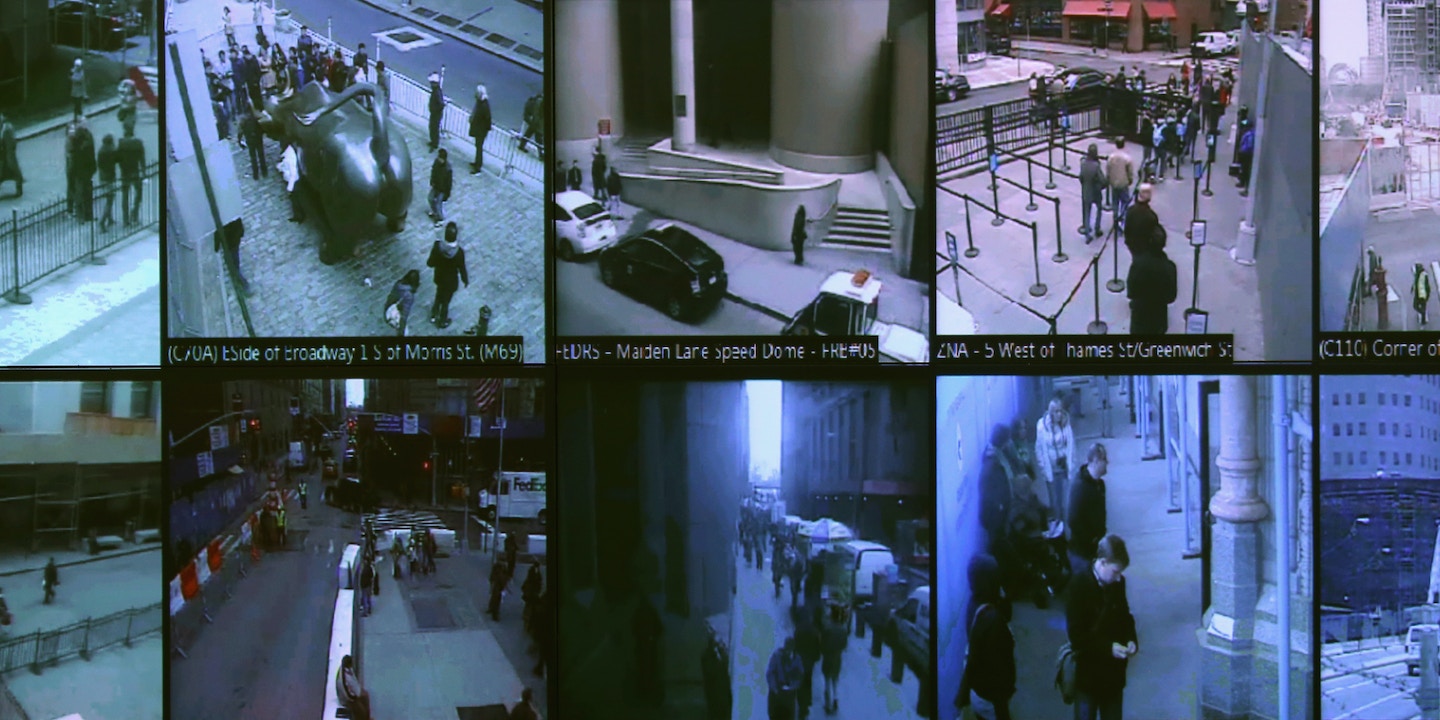 When government agencies and private companies access and synthesize our data, they take on the power to novelize our lives. Their profiles of our behavior are semi-fictional stories, pieced together from the digital traces we leave as we go about our days. No matter how many articles we read about this process, grasping its significance is no easy thing. It turns out that to understand the weird experience of being the target of all this surveillance — how we are characters in semi-true narratives constructed by algorithms and data analysts — an actual novel can be the best medium.

Book of Numbers, released earlier this month, is the latest exhibit. Written by Joshua Cohen, the book has received enthusiastic notices from the New York Times and other outlets as an ambitious “Internet novel,” embedding the history of Silicon Valley in a dense narrative about a search engine called Tetration. Book of Numbers was written mostly in the wake of the emergence of WikiLeaks and was finished as a trove of NSA documents from Edward Snowden was coming to light. Cohen even adjusted last-minute details to better match XKeyscore, a secret NSA computer system that collects massive amounts of email and web data; in Book of Numbers, Tetration has a function secreted within it that automatically reports searches to the government. As Tetration’s founder puts it, “All who read us are read.”

Ben Wizner of the ACLU, who is Cohen’s friend and Snowden’s lawyer, has praised the novel’s depiction of the “surveillance economy,” as he puts it. “There’s a frustration on the law and advocacy side about how abstract some of these issues can seem to the public,” Wizner told the Times. “For some people, the novelist’s eye can show the power and the danger of these systems in ways that we can’t.”

I am also a friend of Cohen’s, but I’m not sure this novel will radicalize the masses. Here’s a line from the book listing some of its vocabulary: “orthogony, heuristics, traverse vertices, exocortex, autonomia, transclusion.” This is not an especially difficult novel, but its ideal reader would already know a good deal about technology and surveillance, enough to enjoy seeing the details treated like playthings. Yet there are wonderful passages that capture the give-and-take at the heart of the information economy: “Each time each user typed out a word and searched and clicked for what to find, the algy would be educated. We let the algy let its users educate themselves. So it would learn, so its users would be taught. … The more a thing was clicked, the more perfect that thing would be.”

We give our data to Google and Facebook freely, in exchange for ever-better information; the hidden cost is that we become complicit in our own surveillance. Two years ago, just days before the first of the Snowden NSA stories appeared in The Guardian, Julian Assange reviewed The New Digital Age, co-written by Google executive chairman Eric Schmidt. The book celebrated the prospect of Silicon Valley joining forces with the military-industrial complex — and Assange accused the authors of having “updated and seamlessly implemented George Orwell’s prophecy.” Assange concluded, “If you want a vision of the future, imagine Washington-backed Google Glasses strapped onto vacant human faces — forever.”

But Orwell’s “If you want a picture of the future, imagine a boot stamping on a human face — forever” is a fictional sentence. Most good novels are ambiguous, and 1984 is a good novel — good enough to be quotable more than half a century on. The writer John Crowley has argued that 1984 is no prophecy but a parable whose meaning conceals itself. “He loved Big Brother,” it ends, and Crowley says that rather than being meant to be terrifying, this sentence “is intended to be taken as absurd, as comic, as exhilarating in its impossibility.” Humans won’t tolerate totalitarian surveillance states forever.

We can argue about this interpretation; indeed, we should. Argument about ambiguity, in particular the ambiguity native to surveillance itself, is what can make novels about surveillance politically useful, as well as aesthetically interesting. Unlike The New Digital Age, Book of Numbers is an allegory, one in which the novelist, his characters and the reader must navigate the thickets of technology and surveillance, all the complicated details we can barely hold in our heads at once.

A simpler account of the surveillance economy was provided in 2013 by Dave Eggers in The Circle, which has proved enormously popular. It’s essentially a rewrite of 1984, set at a tech company that has subsumed Facebook and Google, and is now in the process of making itself into our new global government. While Orwell’s totalitarianism is militaristic, Eggers’s is consensual, as the sharing economy intrudes, invited, into every empty space. Orwell’s famous slogans, “WAR IS PEACE. FREEDOM IS SLAVERY. IGNORANCE IS STRENGTH,” are recast as “SECRETS ARE LIES. SHARING IS CARING. PRIVACY IS THEFT.”

The protagonist is Mae, a new employee at Circle who slowly but inexorably opens herself to the company’s vision of total openness. She encounters token opposition from her parents and an ex-boyfriend, who says things like “You and your ilk will live, willingly, joyfully, under constant surveillance, watching each other always, commenting on each other, voting and liking and disliking each other, smiling and frowning, and otherwise doing nothing much else.” Unfortunately, Eggers’s view of the surveillance economy is reductive: essentially, “Wake up, sheeple.” It’s useful agitprop for the imaginary reader who’s never had mixed feelings about social media, but it’s not a psychologically plausible novel.

Even if contemporary surveillance novels aren’t perfect, Snowden’s leak of NSA documents has reaffirmed, in unexpected ways, the connections between fiction and surveillance. The codenames for NSA programs, which include Boundless Informant, Egotistical Giraffe and Stellar Wind, are as memorable as Charles Dickens’s Ebenezer Scrooge, Uriah Heep and Bumble, or Thomas Pynchon’s Benny Profane, Tyrone Slothrop and Oedipa Maas. With thousands or millions of programmers now writing a new world of code whose totality can be neither imagined nor comprehended, novels help us make sense of the chaos, including the most legendary ones.

One of the 20th century’s iconic novels of surveillance is Franz Kafka’s The Trial, in which the protagonist, Josef K., is mysteriously arrested. He must try to prove his innocence though he hasn’t done anything “truly wrong” and is not even sure what he’s accused of. It might be the same with any of us — who hasn’t left some digital trace that would embarrass them or worse, the existence of which they might not be aware of in the first place, or wish to have forgotten? And who hasn’t adjusted their behavior — maybe for the better, but nevertheless — to correspond to new norms enforced by the digital panopticon?

There remains much to write about surveillance, much to novelize. Following Kafka, I can imagine a great novel that would capture, moment by moment, what it feels like to live as if innocent in a world without privacy, a world in which the algorithms assume that we are all already guilty.

Sam Frank is a senior editor at Triple Canopy.