Sen. Jeff Sessions said that calls to take down the Confederate flag are among efforts by “the left” to “delegitimize the fabulous accomplishments of our country.” 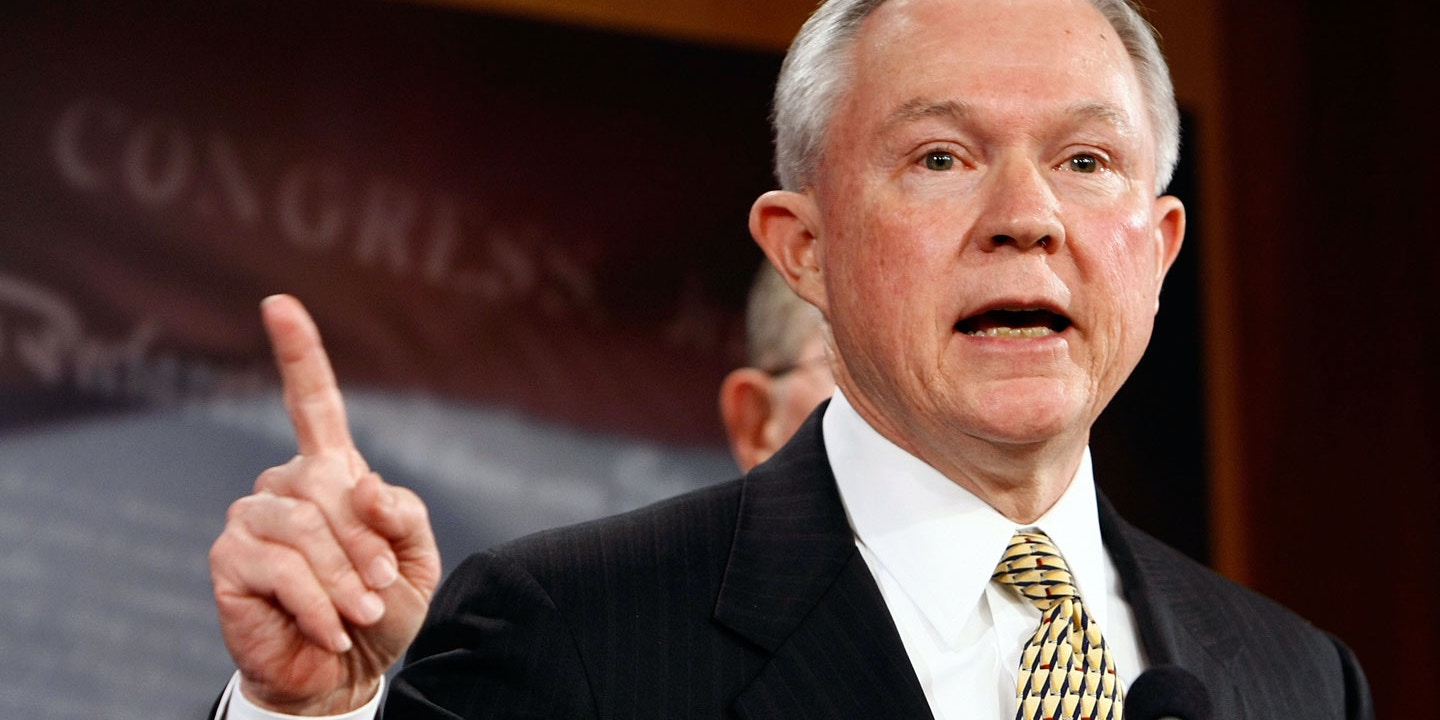 Despite the widespread perception that the debate over the Confederate flag is over, many leading Republicans have hedged their bets so far. And one GOP senator last week made it abundantly clear that the flag still has its defenders.

Sen. Jeff Sessions, R-Ala., said on Thursday that calls to remove the Confederate flag from public buildings are among efforts by “the left” to “delegitimize the fabulous accomplishments of our country.”

After the June 17 massacre of nine African-American worshippers at Emanuel AME Church in Charleston by a white racist who revered the flag as a symbol of white supremacy, South Carolina Gov. Nikki Haley succumbed to public demands and urged that the Confederate battle flag be removed from the state capitol in Columbia. Two days later, Alabama Gov. Robert Bentley had four Confederate flags removed from the state capitol in Montgomery.

Appearing on a Birmingham talk radio program, Sessions said he would not criticize Bentley’s decision.  He said that “a lot [of] our good citizens feel like [the flag] was kind of commandeered” as an “idea of anti-civil rights,” telling host Matt Murphy that he was “sensitive” to that point of view.

But Sessions said he was no fan of any attempt to “erase history” or “who we are,” recalling his own family’s role in the Civil War. “This is a huge part of who we are and the left is continually seeking, in a host of different ways, it seems to me, I don’t want to be too paranoid about this, but they seek to delegitimize the fabulous accomplishments of our country,” the senator added.

Sessions has a long history of resistance to social change.  During his confirmation hearing to become a federal judge in 1986, he faced criticism over his perceived hostility to civil rights groups and African-American organizations. A black former assistant U.S. attorney testified that Sessions had referred to him as a “boy,” and that he believed the NAACP was among “un-American organizations teaching anti-American values.”

Some Republican politicians, including presidential candidates Jeb Bush and Sen. Lindsey Graham of South Carolina have backed calls to remove the Confederate flag.