Rep. John Sarbanes explains why his bill could not just change campaign financing but plausibly diminish the impact of big-money lobbying, and why it would keep incumbents like himself on their toes. 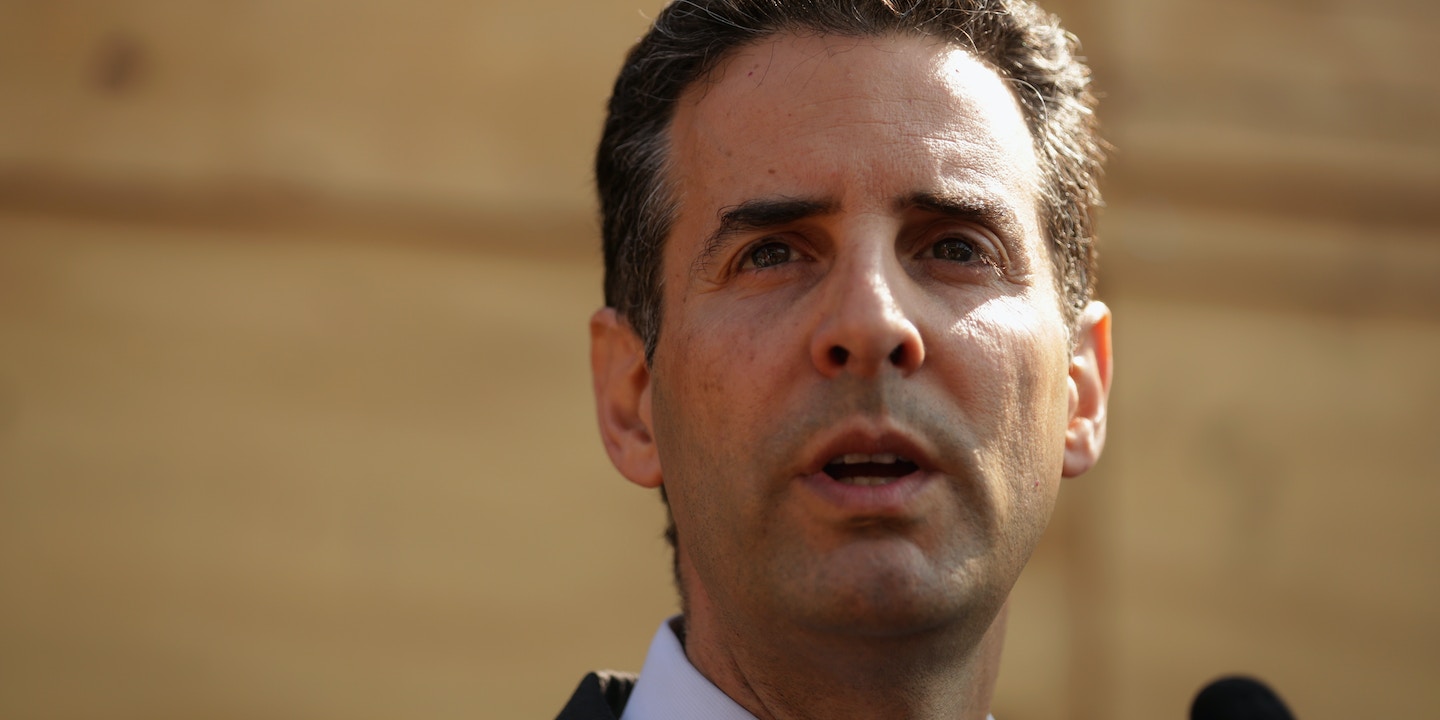 Below, in part two of my recent interview with Rep. John Sarbanes, D-Md., about his Government by the People Act, Sarbanes describes how he markets this idea, why it could not just change campaign financing but plausibly diminish the impact of big-money lobbying, and how it would keep incumbents like himself on their toes.

For specifics about his bill, go here. For part one of the interview, in which Sarbanes explains the rationale for his bill, how it would change politicians’ behavior and how similar systems are already having an impact on a state and local level, is here.

Whenever’s there’s any discussion of public financing of elections, Senate Majority Leader Mitch McConnell likes to call it “welfare for politicians.” How much thought have you put into marketing this?

I say to the public: “Somebody’s going to own your government. It’s not going to just sit there unattended. It’s either going to be owned by special interests and big money, in which case when it comes to making policy that’s who we’ll work for. Or it’s going to be owned by you. And in America, if you want to own something, you’ve got to pay for it.”

The good news is, it’s a pretty modest investment, especially given the huge return on investment you get in the form of good public policy. Let’s take one example: if the pharmaceutical industry didn’t have the influence that comes from funding campaigns, when we were putting the Affordable Care Act together, maybe we would have been able to get a provision in there to negotiate on behalf of 30 to 40 million Medicare beneficiaries to get better pricing [on prescription drugs]. That would have meant billions of dollars in savings for our seniors around the country. So a modest investment in a public financing system would produce an amazing return.

People say, “I already can’t stand these politicians, why would I want to underwrite your campaign?”

I say, “Look, I know you don’t like politicians, but you’re paying our salary. Would you prefer that my salary be paid for by Halliburton or Goldman Sachs?” The answer would be no, because they know that there would be a conflict on doing my job on behalf of the people. But how different is it if the salaries of all my campaign workers are being paid by Halliburton and Goldman Sachs? My campaign’s the way I get to Congress in the first place and how I keep coming back. So how isn’t that a conflict of interest?

It’s your choice. You’ve got to decide whether you want to own this system or not. Somebody’s going to own this government. It ought to be us, not Wall Street, the oil and gas industry and all these big corporations.

And another frame you can put on it is that when it comes time to fix corporate welfare, close loopholes and all that, there are places you can go to underwrite a system like this without raising anybody’s taxes. And frankly, the very industries who are benefiting from loopholes that can’t be defended are the ones who are the ones spending the most on Capitol Hill.

So I think that’s how you present it to people. And the polling data is showing that even conservatives are realizing that if they want a say in their own government, they have to own it themselves.

Here’s a problem that I’ve almost never heard anyone address: There’s a lot more to money in politics than just the money that’s spent on elections. Obviously money spent on elections is part of it, but about the same amount is spent on lobbying. Then there’s basic party political organizing. There are think tanks, which formulate ideas for the future. There are political media outlets.

Well, take lobbying. If there were places for candidates to go to raise money for their campaign other than lobbyists, then lobbyists would take on a different role. They’d actually only be there to give you information, to make their case. And I don’t begrudge people coming in and giving their point of view. But you wouldn’t have hanging in the air that they’re maybe going to go raise thousands and thousands of dollars for you. If that’s the case, then big industries will have to find different ways to get their issues legitimately in front of Congress.

Money involved in the system now creates more and more ways for money to be involved elsewhere in the system. If you break that, and create a different place where money flows into the system, you can completely change the current dynamic in ways that we may not be able to predict. If the financial industry’s putting $495 million into lobbying or whatever it was during the last campaign cycle, if that’s not being coordinated anymore with campaign expenditure investment in the way that typically happens, it’s going to change the model in ways that I think will be better and healthier.

Conceptually I can see people thinking about that. I think we want to start small and in a place where the nexus is most direct in terms of why you’re offering this person what is essentially a voucher. The clearest place where we need that is providing support to a candidate because this is the person you’re electing to represent you.

But I’ve conceived of this idea of small donor matching in the context of parties. That’s a way to boost the parties without making them captured by big money — instead they’d be captured by small money and regular people.

I’m not saying that candidates and political parties need to be completely independent. Dependence is okay if it’s dependence on the people. The problem is when the dependence is built up over time on a kind of wealthy political donor class that has priorities that aren’t what many people would like to see.

I begin and end most of my presentations with a quote from James Madison — that the government should be dependent on the people alone. Right now it seems like it’s dependent on special interests alone. We can change that dynamic. We all know we’ve got to get back from this deep cynicism that we all feel, and I think this is one very important way we could do that.

One last important question, which I can imagine could be an issue for some of your colleagues: Would the matching funds be available to candidates in primaries as well as in the general election?

You have to qualify — you’ve got to raise at least $50,000 from at least 1000 small donors. Not just anybody can walk in there and say on the first small donation, “Okay give me my matching funds.” But we think that’s doable for candidates who are active and aggressive and really connecting with people. And if they do that in a primary context, that’s fine.

I think it would mean that incumbents would have to be on their toes. And the ones that are ready to get out there and build a small donor network and reconnect to their constituents would be very competitive. The ones who get stuck in an old mindset would be more vulnerable to an aggressive challenger who says “I’m going to go out and knock on the doors, I’m going to use the new tools to solicit small donations, I’m going to make this an important message in my campaign.”

But that’s the way it should be.

From here on out it’s about building a broad political coalition — and not just across the political spectrum, we’ve got a lot of groups that didn’t make campaign finance their priority, because they were focused on things like the environment, or on labor, or on faith, or on working families. But now they understand that to move their agenda they’ve got to deal with the impact that big money’s having on Washington that’s blocking it.

If we put that coalition in place and continue building it, when that moment of opportunity presents itself — and we don’t expect it to come tomorrow, we’re not naive about that — when that window opens, we’ll have already built that coalition around a very strong and durable product, and we can push hard to make that change happen.