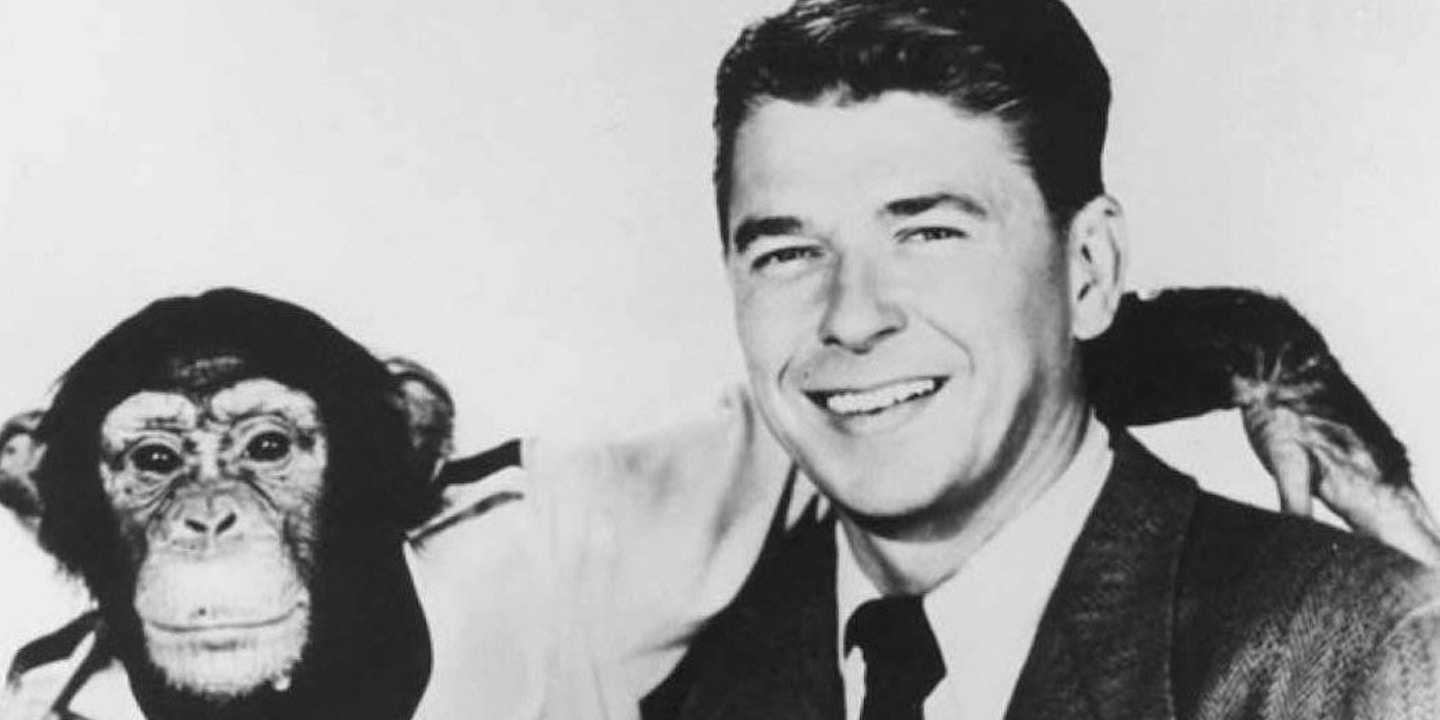 We’ll be counting the years it has left until it goes bankrupt.
Idiot.

So when it is bankrupt, or demands 30% tax from everyome under 30?

Thank you for the Reagan audio. He was a true visionary and an apostle of freedom.

The fact that this crazy old fool was an actor should have been the big warning sign from the start. It’s a person who gets paid to play someone they aren’t. He would play anything for the right price. But yes, that’s the way of the neocons. They know that they can bullshit through religion and they know that they can bullshit through American exceptionalism. And Tinseltown was and still is the great big propaganda machine that tries to keep that bullshit dream going. Just ask arseholes like Clint Eastwood. American sniper was a huge success.

You are dumber than a bag of hammers ValkLeroux

*I know nothing about medicare

However, I think it really exaggerates how unlikely corruption is through the medical industry.

Does the debate about medicare really matter when you consider that medical care can ruin you financially before you even enter your 40s? When a 24 year old can be left on the hook for $10,000 for a kidney stone. Or over 100k for a snake bite? Not to mention the fact that young people today won’t even get the chance to retire because it will be financially impossible in thirty years.

Great start to an article but where’s the rest? I’ve written longer postcards.

And let us also remember the AMA Operation Coffee Cup campaign to be led by doctors’ wives, for which this LP would have a role.

There’s also a Wikipedia page on it. It was a big deal at the time.

This was a very imaginative tactic for the time. “Coffeecup” meets today’s criteria for a “viral” marketing campaign: It was designed to appear spontaneous rather than organized and well-funded. It used word-of-mouth communication backed by prepackaged content. And that content that used some of the finest media technology then available – full sterephonic sound reproduction!
— article

I love this write up……… thanks.

The glaring problem with this assessment and its focus on ancient

the greatest assaults against Medicare in the much more recent past

have been implemented by the democrats’ Clinton and Obama.

Can the author be a little bit more up-to-date

and accurately show how the democrat devotees of Reaganism

are a greater threat than that flag-waving zombie president ever was?

Well, in my defense, not every article can cover everything ;-)

Plus, I’d say Republican still do the most damage to Medicare, although Clinton and Obama have certainly had a smaller negative impact.

I am inclined to say “thank you for responding” to my assessment,

by their shared perverse subservience to their corporate predator owners.

this need to believe in the corrupt system and its pretenders.

I am not asking for “everything,”

I would prefer a more accurate, updated analysis.

I hope that isn’t asking too much.

Your best response would be a more insightful article.

You have a total lack of connection to reality. Medicare is nothing but a politician induced ponzi scheme.

This craps really brings down the Intercept. But, I guess it’s what happens when you run out of Snowden articles. I’m going elsewhere.

So then, any ideas for an alternative system since you believe that Medicare is a ponzi scheme, or are you just willing to let millions of senior citizens die from lack of health care? And don’t say privatized insurance, they would just drop them for being too old and hence not profitable enough (as the article points out), since these corporations tend to care more about profit instead of people.
Yes, there are likely some flaws in the system somewhere given the inevitable fallibility of humanity, but let’s focus on reform instead of terminating the program wholesale. Once any issues of waste or corruption are resolved, we really ought to consider emulating pretty much every industrialized democratic country and adopt a real national health care system that does not rely on for-profit corporations.

Well said. And I reckon this is a profoundly more important subject than surveillance state paranoia.

And I reckon this is a profoundly more important subject than surveillance state paranoia.

No it’s not. Medicare is not in jeopardy, but paranoia about state surveillance is merited.

“Medicare is nothing but a politician induced ponzi scheme.”

This is something that sounds good and makes people feel good to say, but it’s simply wrong. If Medicare is a ponzi scheme, so is every form of insurance that’s ever existed.

This is something that sounds good and makes people feel good to say, but it’s simply wrong. If Medicare is a ponzi scheme, so is every form of insurance that’s ever existed.

LOL, great burn. If the commenter wants to sound like less of idiot, he can also read stuff like this:

If it works, it works…but that doesn’t mean it’s not a Ponzi scheme.