Much maligned for criminalizing homosexuality, the Ugandan government has turned for help to Vin Weber, a well-connected lobbyist who is advising Bush’s presidential campaign. 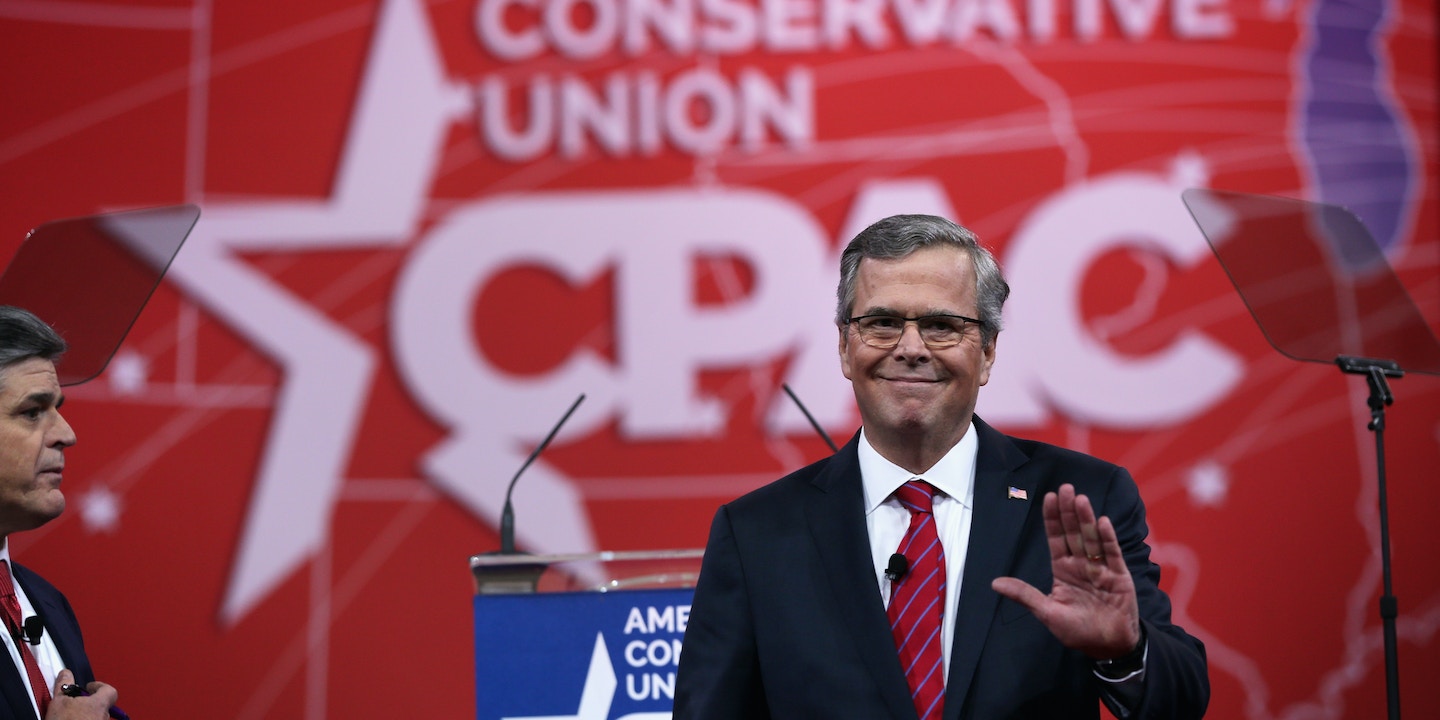 A top adviser to the Jeb Bush campaign has signed on to lobby for Uganda’s virulently anti-gay government.

Ugandan President Yoweri Museveni last year signed into law a bill that criminalizes homosexuality, with some acts punishable by life in prison. The move was widely condemned, both internationally and within the United States. President Barack Obama sharply criticized the anti-gay law, telling Museveni that it would “complicate our valued relationship” and mark a “step backward” for all Ugandans.

In desperate need to improve its image in Washington, Uganda has turned to Vin Weber, a well-connected lobbyist who is advising Bush’s presidential campaign.

Uganda hired Mercury Public Affairs, Weber’s firm, for a $50,000 per month retainer with Weber as the only registered lobbyist on the account. The contract calls for Mercury to provide general “lobbying services” as well as communication services to promote trade and investment opportunities in Uganda.

Weber joined the Bush campaign effort in February as an outside adviser. According to the Washington Post, Weber has worked behind the scenes to develop ties between Bush and major donors and conservative leaders. He told the Post in June that he intends to “coordinate policy” for the campaign.

Neither the Bush campaign nor Mercury Public Affairs responded to a request for comment.

The anti-LGBT laws proposed in Uganda have found support from some religious right figures in the American conservative movement. According to journalist Jeff Sharlet, Ugandan politician David Bahati, the sponsor of Uganda’s Anti-Homosexuality Act, is a member of a conservative Christian organization known as The Family, whose members include Sen. Jim Inhofe, R-Ok., Jim DeMint, and Tom Coburn.

The Anti-Homosexuality Act was scaled back last year to remove the death penalty, but was ultimately blocked by the Ugandan courts for procedural reasons. Still, Bahati pledged to reintroduce the bill this year.

According to a human rights report released last month by the Consortium on Monitoring Violations Based on Sex Determination, Gender Identity and Sexual Orientation, members of Uganda’s LGBT community have faced widespread abuse, including individuals arrested on suspicion of being gay.