Falsified mortgage documents from the “robo-signing” era are still being used to foreclose on homeowners — but those in a position of authority appear determined to pretend it isn’t happening. 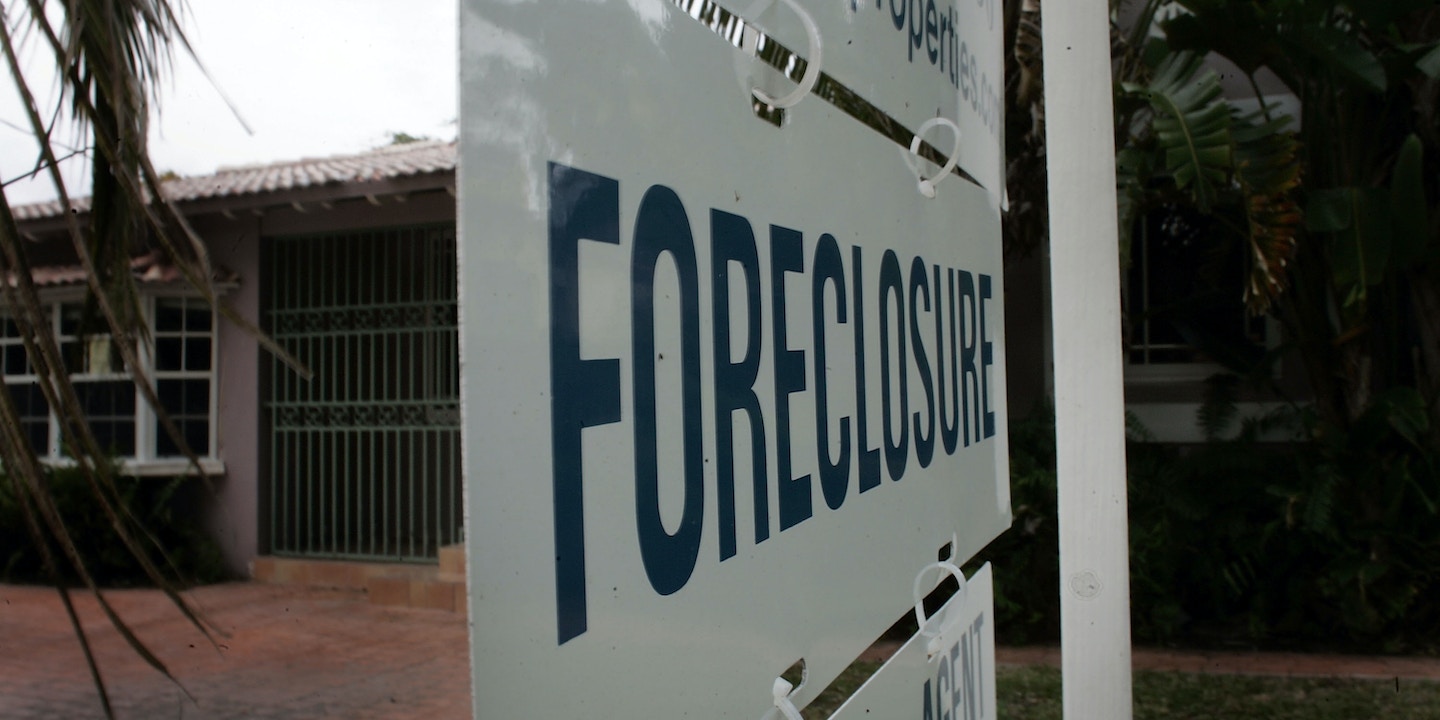 It’s a byproduct of the mortgage securitization craze during the housing bubble, when loans were sliced and diced so haphazardly that the actual ownership was confused.

When the bubble burst, lenders foreclosing on properties needed paperwork to prove their standing, but didn’t have it — leading mortgage industry employees to forge, fabricate and backdate millions of mortgage documents. This foreclosure fraud scandal was exposed in 2010, and acquired a name: “robo-signing.”

But while some of the offenders paid fines over the past few years, nobody cleaned up the documents. This rot still exists inside the property records system all over the country, and those in a position of authority appear determined to pretend it doesn’t exist.

In two separate cases, activists have charged that officials and courts are hiding evidence of mortgage document irregularities that, if verified, could stop thousands of foreclosures in their tracks. Officials have delayed disclosure of this evidence, the activists believe, because it would be too messy, and it’s easier to bottle up the evidence than deal with the repercussions.

“All they’re doing is making a mockery of our judicial system,” said Bill Paatalo, a private investigator and one of the activists.

Like many other anti-foreclosure activists, Paatalo got involved with the issue through a case involving his own property — in Absarokee, Montana. Like many homeowner loans purchased during the housing bubble, Paatalo’s was packaged into a mortgage-backed security.

The process worked like this: The loans were eventually sold into a tax-exempt REMIC (Real Estate Mortgage Investment Conduit) trust; the REMIC trust received monthly mortgage payments from homeowners; and the payments were passed along to investors in the mortgage-backed securities.

The trust where Paatalo’s mortgage ended up is known as “WaMu Mortgage Pass-Through Certificates Services 2007-OA3 Trust.” When he faced foreclosure, the trust, as the nominal owner of the mortgage, was the plaintiff.

In doing research for his own trial, Paatalo discovered that all “foreign business trusts” established outside of Montana have to register with the Secretary of State in order to transact business, under Title 35-5-201 of the Montana code. Trustees must file an application, along with legal affidavits affirming its trust agreement and identifying all trustees, and pay a $70 filing fee.

That means that the trust could not acquire property in Montana — precisely what it was alleging it did in Paatalo’s foreclosure case. An affidavit from Tana Gormely, a deputy for the Business Services Division in the Montana Secretary of State’s office, confirms that the 2007-OA3 trust “is not registered with our office as required by law.”

The Montana Supreme Court affirmed the legal significance of non-registration in an April 2011 case, Estate of Reeder v. Olsen. There, the Supreme Court agreed with a lower court decision that, since trusts prepared in Colorado for Montana resident Christine Reeder before her death did not register with the state, the property of Reeder’s estate could not be conveyed to them. And the court said they could not “retroactively validate themselves” either.

By those rules, all Montana foreclosures involving a REMIC trust not based in Montana would be illegal and unenforceable unless they had properly registered. Even completed foreclosures would be subject to wrongful foreclosure claims.

In depositions for Paatalo’s case, lawyers for Mackoff Kellogg, the primary law firm handling foreclosures in Montana (including Paatalo’s), admitted that they didn’t know anything about requirements of registration of trusts. A shareholder and secretary with the law firm mistakenly said in deposition testimony that trusts do not have to register. If the leading firm doing foreclosures isn’t aware of the statute, Paatalo believes, it’s likely that no registration was done in the majority of cases.

Paatalo raised the unregistered business trust issue in his foreclosure case in both state and federal court. He has been waiting since May for the state court to rule on his motion that the trust cannot operate in Montana. “The judge didn’t even dispute the evidence,” Paatalo said. “We’re going into the fourth month and he refuses to rule.”

There is no timeline in the Stillwater County, Montana court for a ruling in Paatalo’s case. In Gallatin County, Montana, clients of Paatalo’s private investigator business have also filed motions to dismiss their cases, armed with certifications from the Secretary of State that their trusts were unregistered, but no judges have yet ruled on them.

“It appears the judges don’t want to enforce the law,” Paatalo said.

Paatalo asked the Montana Attorney General’s office to investigate whether the business trusts were avoiding state taxes by not registering. He says they’ve done nothing. “They refuse to do anything because they want to assist in loan modifications,” Paatalo said.

The Attorney General’s office declined to comment. Paatalo added that the Stillwater County clerk, Sandy Fox, refused to answer his questions; Fox also didn’t respond to my request for comment.

“Title 35 is clear and unambiguous,” Paatalo said. “They circumvented and short-cutted every one of these laws. The judges don’t know what to do.”

Pooley successfully lobbied the Seattle City Council to fund a limited audit of King County records for city homeowners. Marie McDonnell, the forensic analyst who performed the Massachusetts audit, was contracted for the job.

The audit was finalized several weeks ago, Pooley says — but the city refuses to release it publicly.

Pooley has seen the audit — she mistakenly received a copy from the city auditor — and says it “calls into question documents within the recording office.” But when she asked the city when she could distribute the audit, “they were freaked out that I got a copy.” Pooley has agreed for now to keep the audit confidential, but she has demanded that the city release the findings, to no avail.

The Seattle city auditor, city attorney and the office of Councilmember Nick Licata, who initially requested the land record audit, all declined comment.

Pooley wants to use the audit to lobby the Washington legislature for improved consumer protections for homeowners facing foreclosure. Other states, like Hawaii, reacted to the foreclosure fraud scandal by placing heavy sanctions on banks that file fraudulent documents with the land records office.

In Washington, mortgage companies do not have to go to court to foreclose on borrowers. There is no current monetary penalty in Washington for producing false affidavits to prove standing to foreclose. Attempts to create a monetary penalty have failed. “All pro-homeowner legislation has been killed by the bankers,” Pooley said.

The land records audit could also be useful in King County foreclosure cases, as evidence of widespread fraud. Attorneys attempting to challenge foreclosures in Washington have been stymied from using the Essex County or San Francisco audits because they aren’t applicable to local cases. A King County audit would have more legitimacy in state courts.

IN BOTH OF THESE CASES, evidence of fraudulent activity harming homeowners has either been suppressed or not acted upon. Refusing to investigate illegal actions is an effective way of remaining in denial. But refusing to release the contents of those investigations, or refusing to rule on cases where the illegal actions have already been proven, really takes denial to the extreme.

In November 2010, Georgetown law professor Adam Levitin explained in testimony before the House Financial Services Committee why there were no real investigations of bank misconduct during the foreclosure crisis.

“Federal regulators don’t want to get this information, because they are too scared that if there is a problem, they’re going to have to do something about it,” Levitin said.