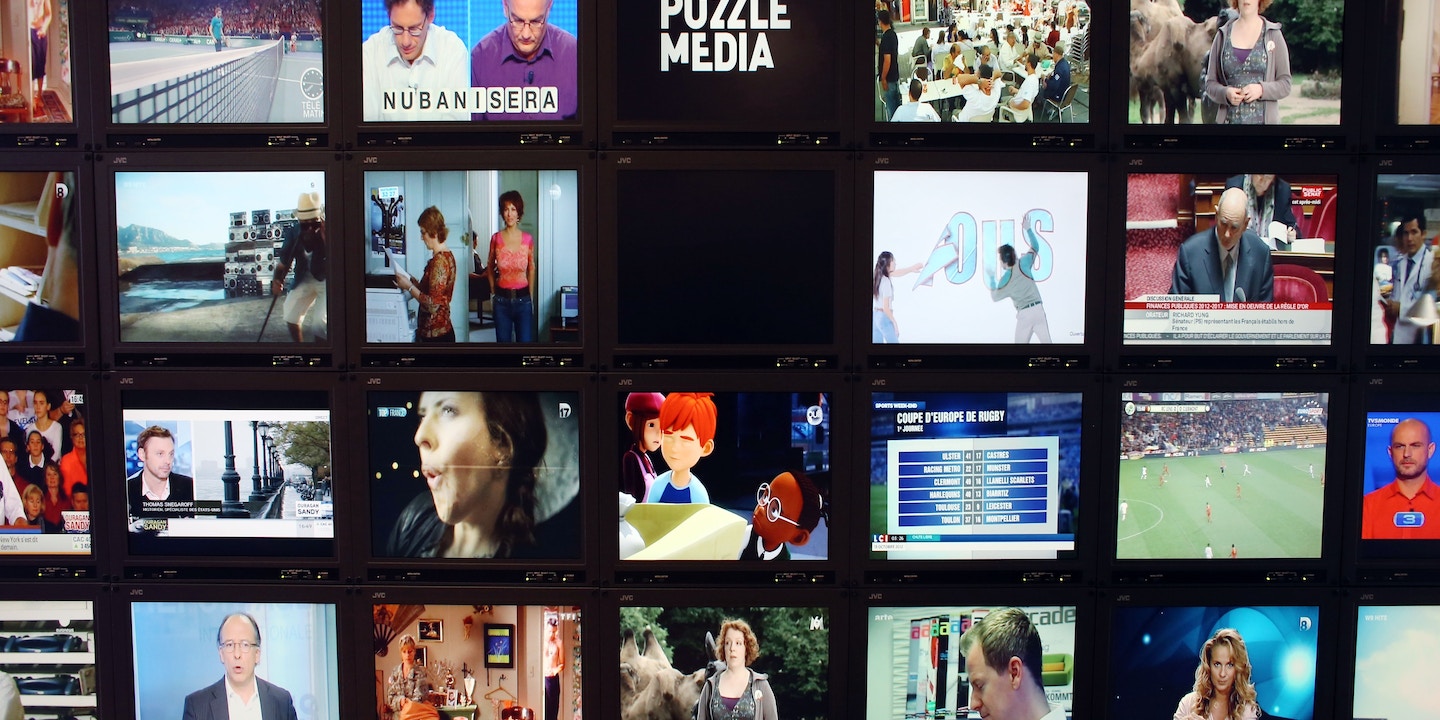 Over the last two presidential debates, both Democratic and Republican candidates have asserted that the television news media is biased and has done a poor job informing voters of the most pressing issues in the election.

And while their focus is on things like the type of questions asked by debate moderators, they are overlooking much clearer signs of potential conflicts of interest. Fundraising disclosures released this month and in July reveal that lobbyists for media companies are raising big money for establishment presidential candidates, particularly Hillary Clinton.

The giant media companies that shape much of the coverage of the presidential campaign have a vested stake in the outcome. From campaign finance laws that govern how money is spent on advertising to the regulators who oversee consolidation rules, the media industry has a distinct policy agenda, and with it, a political team to influence the result.

The top fundraisers for Clinton include lobbyists who serve the parent companies of CNN and MSNBC.

The National Association of Broadcasters, a trade group that represents the television station industry, has lobbyists who are fundraising for both Clinton and Republican candidate Marco Rubio.

Presidential campaigns are obligated by law to send the Federal Election Commission a list of lobbyists who serve as “bundlers,” collecting hundreds of individual checks on behalf of a candidate’s campaign.

CNN’s parent company, Time Warner, is represented on Capitol Hill by Steve Elmendorf, an adviser to Clinton during her 2008 campaign, who is also known as “one of Washington’s top lobbyists.” He’s lobbied on a number of issues important for media companies like CNN, including direct-to-consumer advertising policy.

Elmendorf, according to disclosures, has raised at least $141,815 for Clinton’s 2016 bid for the presidency.

Comcast, the parent company of NBC Universal, which includes cable networks NBC, CNBC, and MSNBC, has a number of lobbyists on retainer who are working to raise cash for the Clinton campaign, including Justin Gray, Alfred Mottur, Ingrid Duran and Catherine Pino.

Much of the $5 billion expected to be spent over the course of the 2016 presidential election cycle will be on cable and network news advertisements. The election-related spending bonanza is singularly boosting the profit margins of many media companies, as we’ve reported.

“Super PACs may be bad for America, but they’re very good for CBS,” Les Moonves, president and chief executive of CBS, memorably said.

If there’s spillover between the corporate media political agenda and what you see on TV, the most likely place for it is in the lack of reporting on campaign finance reform. Though networks have focused great attention on the amount of money raised by the candidates, there is very little discussion of how to reduce the influence of money in politics.

For instance, campaign finance reform advocates have repeatedly offered proposals to give candidates free airtime, a solution sponsored by both Republicans and Democrats in the past that would negate some of the need for constant fundraising. But media lobby groups, including the National Association of Broadcasters, have crushed such attempts, and cable news networks rarely if ever discuss the reforms on air.

The National Association of Broadcasters and the National Cable and Telecommunications Association, two media lobby groups that employ fundraisers for the presidential candidates, have also lobbied in recent years against legislation to disclose the source of funding for so-called dark money groups.

Tony Podesta, the brother of Clinton’s campaign chairman and a lobbyist who has raised at least $55,600 for the Clinton campaign, is registered to lobby on behalf of the National Association of Broadcasters. In 2010, his firm helped defeat dark money disclosure legislation on behalf of his corporate media clients.

Another arguable political media bias is in favor of the status quo. Critics have complained that corporate news networks have promoted establishment candidates at the expense of outsiders. FAIR, a media watchdog group, reported in June that “Meet the Press,” NBC’s marquee political program, mentioned Clinton 16 times in the first 17 episodes of the year while failing to invite or discuss Bernie Sanders once. Sanders has no lobbyist bundlers and no Super PAC supporting his campaign.

The “coziness of the media industry with elite politicians of both parties,” he adds, “has never been cozier.”

During the third Republican debate on Wednesday, candidates repeatedly lashed out at moderators from CNBC for questions they said were designed to promote a horse race among the contenders rather than a substantive discussion of the issues.

“The questions that have been asked so far in this debate illustrate why the American people don’t trust the media,” said Sen. Ted Cruz, R-Texas. The senator noted that a number of questions were purely political in nature, such as asking the candidates to insult one another.

“How about talking about the substantive issues the people care about?” Cruz said, a comment that elicited roaring applause from the audience in Boulder, Colorado.

He may have a point there. The increasing reliance on election-season advertising revenue has created an incentive for media companies to promote the type of gladiatorial politics that lends itself to attack ads and sound bites, rather than a sober discussion of the issues at stake.

On an investor conference call this year, Moonves, the CBS president, predicted “strong growth with the help of political spending” given that the “2016 presidential election is right around the corner and, thank God, the rancor has already begun.”