Stop Immediately Linking Violence to the Perpetrator’s Beliefs — Islamic, Christian, or Other

The idea that violence, including political violence, emerges out of a coherently ideological set of beliefs is simplistic. 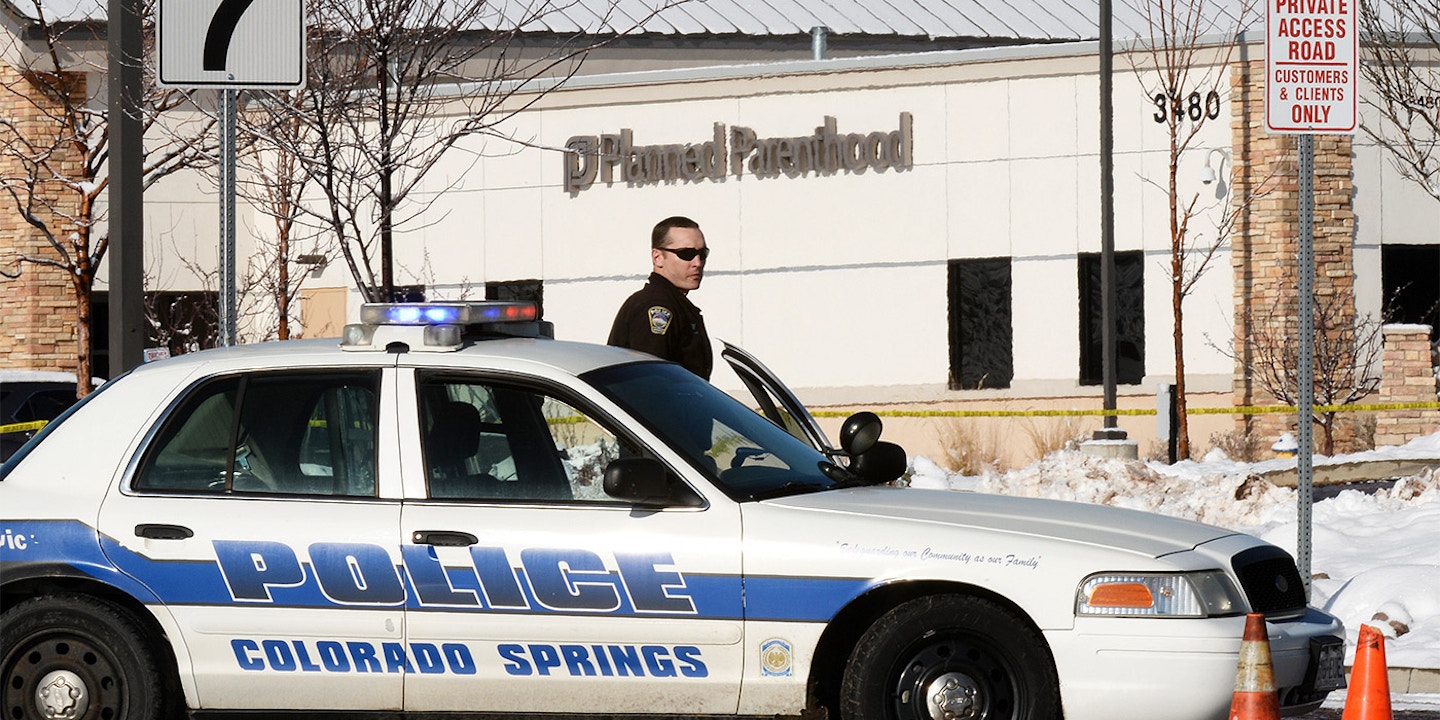 My first reaction, when I heard that Robert L. Dear had shot up a Planned Parenthood clinic in Colorado, was, oh no, not another religious nut. The media seemed to tiptoe around the question of motive, portraying Dear’s comments about “no more baby parts” as incoherent ramblings and his reasoning as fundamentally unknowable. I felt a burbling frustration. I believed his motives were obvious. Did we really need to know what church he attended (if any) to know he subscribed to some strain of Christian nationalism? Weren’t the manifestos of ISIS also rambling and incoherent? And yet no one would hesitate to call that group ideological.

The attacks in Paris last month struck close. I studied abroad in France as an undergraduate. My boyfriend did as well. He lived in Paris for a year. This past summer, he spent a couple of months there again, living in an apartment on the Rue Sedaine, not a 10-minute walk from the Bataclan, La Belle Équipe, or the Charlie Hebdo offices for that matter. The 11th arrondissement, where most of the attacks clustered, is my favorite neighborhood in the city. In the end, though, I remain a tourist; my sentimental affection for Paris, or for a particular corner of Paris, is just sentiment.

But a shooting at Planned Parenthood strikes closer. Planned Parenthood, I hold dear. I served on the board of its Western Pennsylvania branch for six years. I’ve given money and time. I regularly waded through the protesters who congregated outside of its downtown Pittsburgh offices when I attended meetings. They were mostly perfectly polite, perhaps even a little abashed as they held pamphlets in the general direction of passersby, but every once in a while, assuming, I suspect, that since I was a man in a suit arriving at a clinic in the middle of the day, I must be a doctor, someone would call me a murderer and tell me I was doomed. We worried about the steady tick of arsons and bombings, and after the 2009 murder of Dr. George Tiller by Scott Roeder, we worried increasingly about the safety of our medical staff.

If you search for “Paris + radicalized,” Google returns page after page of relevant results. True, many of them hew to a familiar metanarrative, where banal biographies of poor economic opportunity and incomplete cultural assimilation lead young men into the hands of “radical imams” and internet preachers. But compared to the dead-eyed jingoism of the cable news, these results are almost heartening. As depressingly regular as our own political rhetoric has become in regard to “radical Islam,” there exists some reasonably intelligent mainstream commentary, at least if you turn off the catastrophe that is CNN. NPR, for example, is willing to broach touchy topics like the role of the French prison system in fomenting “homegrown” terrorists — even as it seems to willfully ignore the possibility of a political motivation for terrorism amid decade after decade of Euro-American intervention in the Middle East and South Asia, comprising coups, invasions, occupations, the funding of dictators, feckless hand-waving at Israeli colonization, etc.

Of course, the next day, the same host on the same public radio program interviewed a former French ambassador as well as a Le Monde columnist, and the ambassador took the opportunity to be thankful “that France is presently the only country in the European Union to have a serious defense effort and to project its forces outside of Europe in order to protect the European continent.” The columnist, Sylvie Kauffman, merely regretted the failure of the French “people and political leaders” to confront “the problems that arise from […] diversity.”

If, on the other hand, you search Google for “Robert L. Dear + radicalized,” the relatively few results are mostly from liberal types archly observing that the media have not, generally speaking, leaped to ascribe religious or ideological motives to the man who attacked the Planned Parenthood clinic; the New York Times, in a now-infamous and rewritten passage, even referred to Dear as a “gentle loner.” This sort of media coverage is commented upon ironically, much like the even more frequent observation that the cops managed to take Dear alive, as they did Dylan Roof after he allegedly killed nine African Americans in a South Carolina church, and as they have any number of other dangerous white men, quite in contrast to their trigger-happy and frequently deadly treatment of unthreatening people of color.

No one is suggesting that the police shoot more white people to tip the scales; quite the contrary, they’re suggesting that this capacity to end violent confrontations without further bloodshed should be extended to everyone. But I detect in the criticism of Dear coverage a certain desire to give the political Right some of its own medicine, to reach into journalism’s terrorism toolkit and construct a narrative in which Dear, marinated in the poisonous, violence-condoning language of the extreme anti-abortion movement and spurred on by evil videos and the whacked-out comments of Ted Cruz, becomes a kind of American Christian holy warrior.

The truth, though, is that it’s not a bad thing that the media hesitated to construct a pat character arc for Dear or a smooth-edged model of his motivation. The idea that violence, including political violence, emerges out of a coherently ideological set of beliefs is simplistic. (I know any number of utterly devout Christians who believe abortion is a moral abomination and crime; yet I don’t worry that one of them will, upon learning of my pro-choice activism, try to blow up my house.) In interviewing captured ISIS fighters, Oxford academic Lydia Wilson found complex and contradictory beliefs — among the most notable: that they weren’t necessarily terribly religious. Salah Abdeslam, the Belgian fugitive from the Paris attacks, may have frequented gay bars. Humans — including those who commit terrible crimes — are inherently irreconcilable. To return to Robert L. Dear and the infelicitous New York Times passage: it actually is possible that a “gentle loner” can coexist with an angry, quarrelsome, even violent man. The contradiction isn’t unbelievable. We aren’t automata, robots acting out a repeating algorithm of behavior.

We should hope for a kind of journalism that approaches with unbending skepticism any just-so story about the terrors of the world. The trepidation the media evidently felt in calling Dear an anti-abortion Christian terrorist is a quality we should demand in its coverage of the perpetrators of any act of violence, particularly when that violence is inflected by our current politics. The individualized and idiosyncratic nature of the paths to violence, and the messy interplay of legitimate political grievance, social and economic injustice, and yes, religious commitments and beliefs aren’t easily reduced to a predictable (or predictive) narrative. If our media is tentatively willing to accept such ambiguity in the face of white, Christian violence, then it should be no less able where other racial and religious categories obtain. This sort of coverage provides no easy solutions — bomb Syria harder; preemptively arrest more pro-life extremists — but it may yet provide a truer picture of the violent problems we wish to solve.

Pittsburgh-based writer Jacob Bacharach can be found on Twitter under @jakebackpack and on the web at jacobbacharach.com.