California’s state prisons recently agreed to limit the indiscriminate use of solitary confinement. Now a groundbreaking lawsuit aims to force the state’s local jails to do so as well. 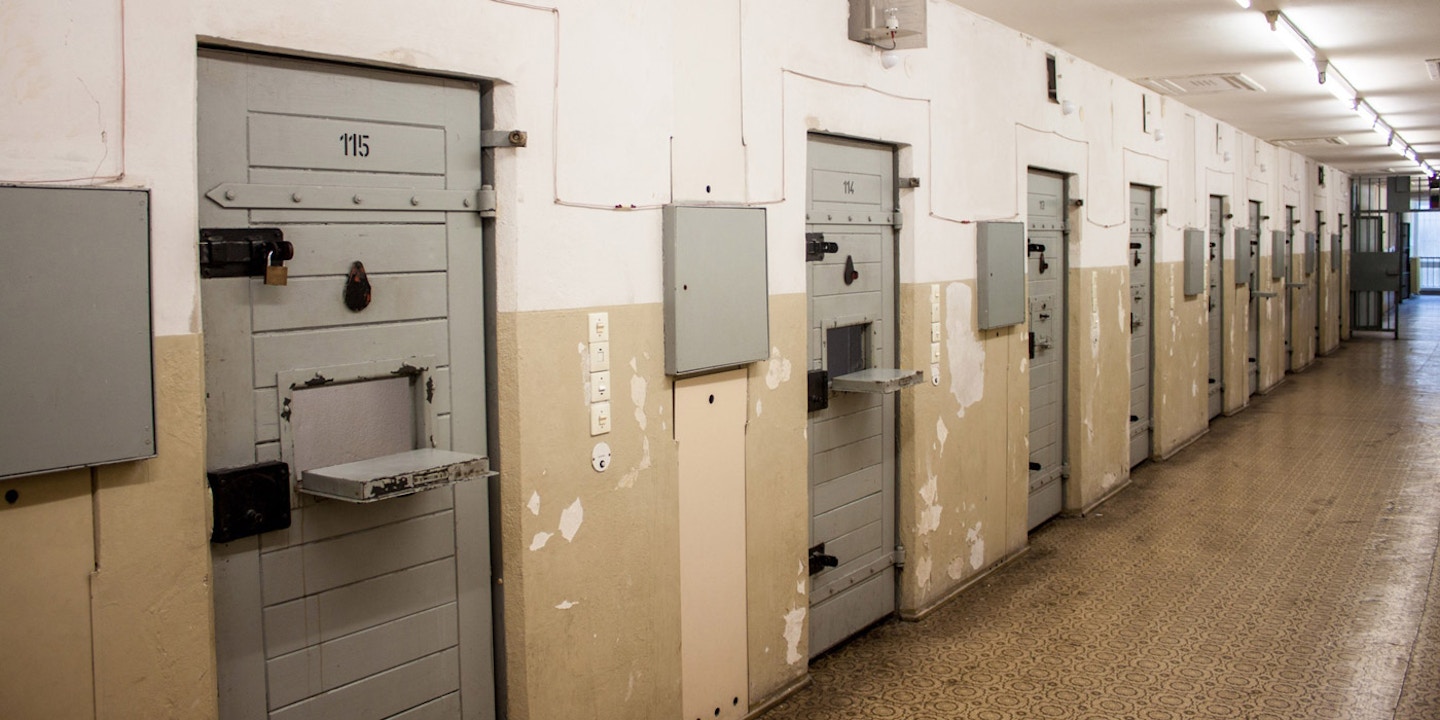 BRIAN CHAVEZ WAS CONSIDERED a model inmate, a “trustee” granted special privileges for his good behavior during the first three years he was in jail. Then, last November, Chavez was moved with no explanation to the jail’s maximum security unit and placed in a 6-by-7-foot cell, where he was often locked up for 47 hours straight.

Chavez is one of two plaintiffs — both inmates in Santa Clara County, California — named in a federal class-action lawsuit filed late last month by the Berkeley-based Prison Law Office against the Sheriff’s Office.

(The Intercept covered the Prison Law Office’s investigation of the Santa Clara County jails in October.)

The lawsuit argues that Santa Clara’s sheriff is locking up hundreds of inmates in small filthy jail cells and allowing them out for as few as three hours a week. Inmates held in isolation, the lawsuit argues, are subjected to conditions that “serve no penological purpose.” In addition to having very little out-of-cell time, inmates receive limited visiting time and are completely shackled whenever they leave their cells. They are regularly strip-searched — “sometimes up to six times a day,” the lawsuit alleges — and are denied access to “physical exercise, fresh air, sunlight, normal human contact, meaningful activity, and environmental stimulation.”

Inmates in solitary confinement are barred from using any sort of cleaning tools in their cells — brooms, mops, sponges, rags, or towels — except for the inmate’s personal towel. Meanwhile, these units often house mentally ill inmates, who sometimes throw feces and urine or smear it around their cells.

Rarely are inmates given a clear reason for why they’ve been isolated, said Prison Law Office staff attorney Kelly Knapp. “They’ve been told various things by various officers,” she said, “including that they’re there for their charges, gang status, or some made-up or minor behavioral problem.”

Jail policy requires that an inmate’s housing status be reviewed every 30 days to ensure it’s appropriate, and any inmate who feels he’s been unfairly housed can file a grievance. Both Chavez and Brandon Bracamonte, the other plaintiff named in the suit, have filed numerous grievances, the lawsuit says, but are repeatedly told they’re “properly housed.” Bracamonte, like Chavez, had also been granted jail “trustee” status for good behavior before he was moved to solitary confinement.

While there have been a number of legal challenges to the use of solitary confinement over the last few decades, this is the first to take on its use in jails. Other lawsuits have sought relief for state prisoners, who often spend decades in solitary confinement, or vulnerable populations, like juveniles or mentally ill inmates. Amy Fettig, senior staff attorney with the ACLU’s National Prison Project, calls the Santa Clara lawsuit “groundbreaking.”

“It represents the next wave of civil rights litigation challenging the practice of solitary confinement,” she said, spurred by a better understanding of the damaging effects of the practice. “Now we have international human rights standards,” Fettig said. “Anything beyond 15 days is considered prolonged isolation.”

A year in solitary confinement has taken its toll on the two men.

According to the complaint, Chavez has a hard time communicating with people and even the slightest noise irritates him. He’s only 35, but has become “preoccupied with fears of dying alone, unnoticed in his cell.” Bracamonte suffers from insomnia and fatigue, the lawsuit says. An avid reader when he was in the jail’s general population, he now has a difficult time getting through a few paragraphs. He spends most of his time pacing his cell.

The lawsuit asks that Bracamonte, Chavez, and all Santa Clara inmates who “don’t pose a legitimate security threat” be returned to the jail’s general population and that the sheriff use a more objective, risk-based housing classification system. For inmates who remain in solitary confinement, the lawsuit asks that the jail put an end to “isolation, sensory deprivation, lack of social and physical human contact, unsanitary conditions, and environmental deprivation.” The lawsuit comes just a couple of months after California corrections officials agreed to significantly scale back the use of solitary confinement in state prisons, reserving it only for serious rule violations. Under the agreement — the result of a lawsuit brought by the Center for Constitutional Rights on behalf of inmates at Pelican Bay State Prison — confining someone to the prison’s secure housing unit, or SHU, indefinitely is forbidden. Prior to the settlement, it was common practice to put inmates with gang ties into the SHU for years, even decades, where they were locked up for 22 to 23 hours a day.

But the Pelican Bay case had no bearing on California’s 123 jails, which are under local control. Although each jail system sets its own policies, those policies are guided by the state’s Minimum Standards for Local Detention Facilities, also known as Title 15. Title 15 recommends that jails allow inmates a minimum of three hours of recreation time each week. In many jails, this is the standard for inmates in solitary confinement, not the minimum — and “recreation” is loosely interpreted.

For seven months, from November 2014 until this past June, inmates housed in the jail’s Third West Max unit, including Chavez and Bracamonte, spent their three hours of weekly recreation time in an empty cell. Prison Law Office Executive Director Don Specter noted this in a June 25 letter to Sheriff Laurie Smith.

“During that seven-month period,” Specter wrote, “their only ‘yard’ was a small, empty cell in their unit. In this ‘yard,’ they had no access to fresh air or natural light, and no room to exercise. This is in stark contrast to the SHU at Pelican Bay State Prison where convicted prisoners in the most restrictive setting receive 10 hours of outdoor yard time each week.”

After Specter’s letter, Chavez, Bracamonte, and other inmates in their unit were given access to the jail’s “sundeck” for an hour a week, where they were placed in individual 7-by-15-foot cages. “The cages are located in an area completely enclosed by tall concrete walls and steel mesh overhead,” the complaint says. “There is nothing in the cages — no place to sit, no exercise equipment, no toilet, no access to water.”

Knapp said the conditions she’s seen in Santa Clara aren’t unique among California jails. Once this case is finished, they’ll sue another county.