Ryan Coogler and Ava DuVernay passed on the Academy Awards to organize a benefit concert in Flint, Michigan, to raise money for people affected by the water crisis. 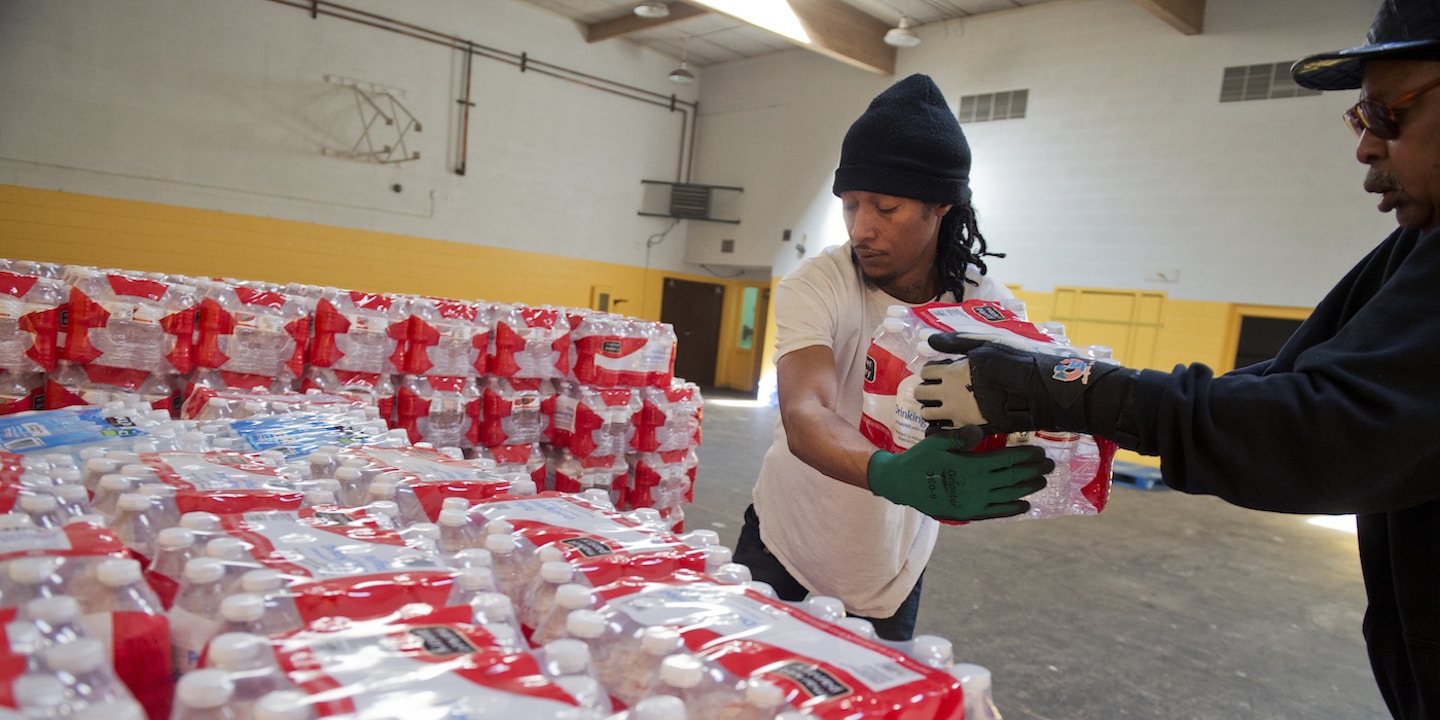 While the #OscarsSoWhite campaign on social networks at least helped to make racism a subject of conversation in Hollywood on Sunday night, two leading black directors, Ryan Coogler and Ava DuVernay, skipped the awards ceremony to organize a #JusticeForFlint benefit concert for victims of the water crisis in the predominantly black city of Flint, Michigan.

There's the #Oscars, and then there's this event that matters: #JusticeForFlint https://t.co/Zim9Qy1kKG stream 5p ET pic.twitter.com/NOJdHHC369

The concert, a production of Blackout for Human Rights, an activist network founded by Coogler “to end human rights violations against fellow Americans,” streamed live on Revolt.tv — which is replaying the whole event on a loop on Monday.

As Stacia L. Brown notes in the Washington Post, the directors brought together an array of performers, including Janelle Monáe, Stevie Wonder, Hannibal Buress, and Jesse Williams, but also made time for local activists and Flint residents who “offered testimonials about lead-water-related miscarriages, angry skin rashes, and test results with shockingly high lead levels.”

Four brothers testifying abt lead. Their bodies got white spots. One of them had lead level of 21. #JusticeForFlint pic.twitter.com/EVNruXduix

One of these poets was pregnant w twins & lost them. A direct result of lead poisoning. She's here, now. Overstand that. #JUSTICEFORFLINT

One of the performers, Vic Mensa, a Chicago rapper, spent the day explaining the crisis to his fans on Twitter.

keep in mind Flint Michigan is a poor 60% black city. they've been drinking LEAD POISONED water for over a year

imagine if this was coming out of your fucking shower in the morning. pic.twitter.com/OnWy9oEFjF

In advance of the event, DuVernay, who directed Selma, argued the contamination of Flint’s water supply was “environmental racism, absolutely.” As John Eligon, a New York Times reporter, has explained, that concept, coined in the 1980s, “refers to the disproportionate exposure of blacks to polluted air, water, and soil. It is considered the result of poverty and segregation that has relegated many blacks and other racial minorities to some of the most industrialized or dilapidated environments.”

On stage, Mensa connected the discussion of the water crisis to the Black Lives Matter movement by unveiling a new song, “16 Shots,” about the fatal shooting of Laquan McDonald, a black teenager killed by a white police officer in 2014 as he walked away from a squad car, carrying a knife.

Coogler, who directed Creed, told BuzzFeed that the timing of the benefit had nothing to do with the fact that the Oscars was the same night, and was instead timed to coincide with Black History Month.

The concert began three hours before the Oscars telecast, and as she watched Chris Rock’s daughters sell Girl Scout cookies to the audience at the Academy Awards, DuVernay drew a contrast between the two events, urging her fans to help #JusticeForFlint reach its goal of raising $100,000 to aid residents.

Oscar audience raises $65k for cookies. Can we raise $100k for folks poisoned by their own water? Text JUSTICE to 83224! #JusticeForFlint

That goal was met and surpassed by Monday afternoon.