Redaction Art: How Secrets Are Made Visible

A new book, Negative Publicity, sheds light on the blank spaces of secrecy in the CIA’s rendition program, and joins a growing body of artistic work about war and surveillance. SECRECY IN THE WAR on terror has proved rich ground for artists. Many have exploited the theme of surveillance, tracing data trails and security cameras, alerting us to our own complicity in watching and being watched. But equally attractive has been the fact of the secrets: the blanks, the unknowns, the redactions.

The artist Jenny Holzer began making “redaction paintings” in 2004, working with military and intelligence documents that included the sanitized handprints of soldiers accused of war crimes in Iraq. Trevor Paglen, an artist and geographer, is obsessed with the “blank spots on the map” created by government secrecy, which he documents through photos of classified U.S. military installations taken from a distance with a telescope, or of the anonymous corporate architecture around Washington, D.C., that houses U.S. intelligence agencies. The work of Mishka Henner highlights the bright polygons that the Dutch government uses to block secret sites on Google Maps.

Redaction is also a theme of Laura Poitras’ show currently on view at the Whitney Museum in New York City (Poitras is a founding editor of The Intercept). In one installation, “Disposition Matrix,” visitors proceed through a space that has been almost entirely redacted: a blackened corridor with illuminated slots that let visitors look at documents and images. The source material refers to a range of government programs; the slots don’t build a narrative, and the signage accompanying them gives visitors only the briefest context. Some of the slots are high up or down near the floor, making them awkward even to look into.

This experience is not untrue to the process of investigating the dark world, where clues appear in fragmented form, context is missing, and there’s always a possibility that there’s more you don’t know. In presenting the surface of these programs — through architecture or bureaucratic paper trails — these artists push us to wonder what’s beneath them, while also experiencing the bewildering, maddening fact of their invisibility.

A new book, Negative Publicity: Artefacts of Extraordinary Rendition, joins this fixation on the black mark, but with more of an eye to elucidation. A collaboration between the photographer Edmund Clark, who has produced work about Guantánamo and Afghanistan, and Crofton Black, a researcher who has investigated counterterrorism for human rights groups and journalists, the book presents primary source documents about the CIA’s rendition and detention program, along with photos of the program’s physical infrastructure: airports, front companies, hotels, and prison sites.

Between 2002 and 2008, the CIA bundled dozens of people to black sites around the world, interrogating and in some instances torturing them. In Negative Publicity, which is published by Aperture and Magnum Foundation, Weizman notes in the afterword, “What we see is not torture, or detention; we see the attempt to mask these procedures.” After all, “every secret operation exists in the world and has to interact with the world around it. Petrol is required, food, clothing.”

At first navigation, it can be overwhelming to go through the heavy, spiral-bound book of color photographs interspersed with grainy reproductions of documents. But if you sit down and read it in sequence, the book has actually broken the mysteries of the rendition program into intelligible stories.

Black opens each section with an essay on a particular episode in the rendition program. One of the world’s experts on the program, Black has plumbed every possible source material, from Italian criminal proceedings against the rendition team who abducted the Egyptian cleric Abu Omar from the streets of Rome, to a lawsuit between aviation subcontractors who operated the rendition flights. 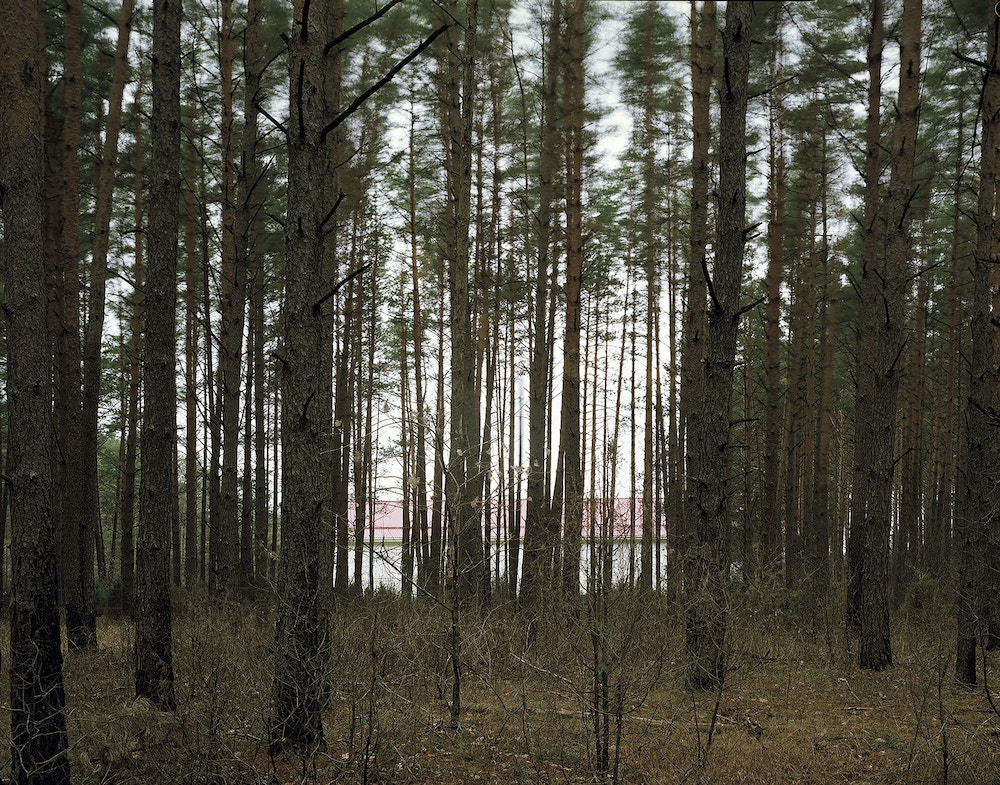 The building at Antaviliai, erected on the site of the paddock of the former riding school. The Salt Pit is the name commonly given to the CIA’s first prison in Afghanistan, which began operating in September 2002. The site was closed in 2004 and replaced by a purpose-built facility intended to offer ‘heating/air conditioning, conventional plumbing, appropriate lighting, shower and laundry facilities.’

Black and Clark explore the construction of a black site in Lithuania on the site of a former equestrian club. “They sold all the horses and then this certain emptiness started,” a villager told Black. Clark’s photos of the facility, seen through a murky pine forest, are accompanied by Lithuanian land-registry documents showing the purchase of the club by a shell company registered in Washington, D.C., and Panama.

The lawsuit between Richmor Aviation and Sportsflight provides a great deal of material for the book, including invoices showing flights to and from Guantánamo, Kabul, and European cities. Describing rendition flights — “I guess it’s a flight where the government thinks there’s a bad guy and they pick him up” — Richmor’s president states that “they were afraid to fly in their aircraft because of all the publicity about their particular airplane.” Clark photographs the companies’ offices in small-town New York. He also photographs pilots’ houses, although he publishes pixelated versions, on the advice of legal counsel that “the inhabitant has the right to privacy and security in their own home.” The book includes segments from official documents that have been released, such as White House lawyer John Yoo’s 2002 memo advising the CIA on “enhanced interrogation techniques,” including “facial slap (insult slap),” “cramped confinement,” “sleep deprivation,” “insects placed in a confinement box,” and “the waterboard.” The list of names of 119 prisoners held by the CIA, which was finally released by the Senate Intelligence Committee in late 2014, is also included.

And then stranger entries: letters attesting that flights were under contract to the U.S. government, signed with varying signatures by a State Department employee who probably doesn’t exist. A lush photo of the pool at a hotel in Mallorca where a flight crew and rendition team ordered shrimp cocktails and several bottles of wine, according to a Spanish police inquiry. A sketch made by German-Lebanese detainee Khaled El-Masri of the hotel room in Macedonia where he was held for 23 days after being captured in error. Graffiti on the wall of a cell in a Libyan prison where opponents of Gaddafi’s regime were imprisoned after being rendered there by American and British intelligence agencies.

Only later did I realize there are no humans pictured in this book. No portraits, not even blurred figures, and none of the infamous interrogation photos associated with prisoner abuse by the U.S. military. Instead, we have the largely anonymous wisps of the CIA’s program. The only human touches are Clark’s photographs of details from the homes of former CIA prisoners. A bed, a lamp, a laundry line. Traces of humanity.