Bernie Sanders Took Money From the Fossil Fuel Lobby, Too — Just Not Much

According to lobbyist disclosure records, the Sanders campaign took in $24 from Nathen Causman, whose firm’s clients include American Municipal Power Inc. 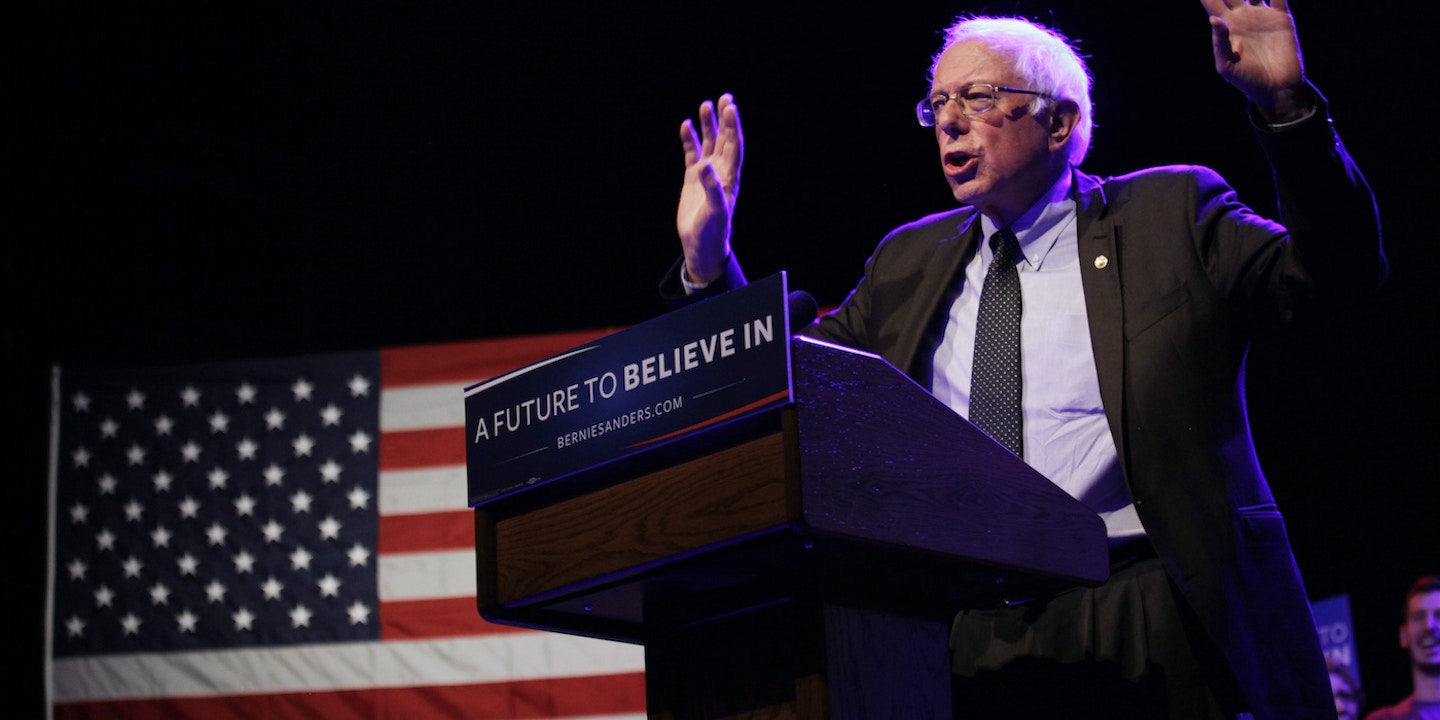 A GREENPEACE ACTIVIST confronted Hillary Clinton during a campaign stop Thursday: “Thank you for tackling climate change. Will you act on your words and reject fossil fuel money in the future from your campaign?”

Clinton replied angrily: “I have money from people who have worked for fossil fuel companies. I have never … I am so sick of the Sanders campaign lying about me. I am sick of it.”

The Clinton camp later issued an explanatory statement, concluding that the “simple truth is that this campaign has not taken a dollar from oil and gas industry PACs or corporations.”

The Bernie Sanders campaign countered by pointing to a Greenpeace tally that says she has collected “$1,259,280 in bundled and direct donations from lobbyists currently registered as lobbying for the fossil fuel industry.”

Sanders, by contrast, has signed a pledge to reject fossil fuel dollars.

It’s important to distinguish here between the different ways the candidates (their affiliated Super PACs aside) can accept money from fossil fuel interests, however.

The central dispute between the two camps, then, appears to be about the volume of money Clinton gets from or through fossil fuel lobbyists.

But Sanders, too, is apparently accepting money from the fossil fuel lobby. According to an Intercept examination of online records of lobbyist disclosure of political contributions, the Sanders campaign took in $24 from Nathen Causman, a lobbyist for the LNE Group, whose clients include American Municipal Power Inc.

“I’m entitled to have personal beliefs as well as career I think, right?” Causman said in an interview with The Intercept on Friday. “I don’t directly work with [American Municipal Power] at all. I’m sure that they’re with our company so I’m registered with them just in case, if so, I could be helpful if I needed to be.”

He added: “I think that my personal political campaign donations are completely separate from anything that my company does. That’s in no way a statement of support from the company I work for or the clients that we represent.”

Why give to Sanders? “I personally trust his character,” Causman said. “I think he’s been on the right side of history throughout his political career, and I generally align with all of his policy proposals. And I have aligned with them ever since I started paying attention to politics in the first place. The firm that I work for is nonpartisan so we don’t particularly take any side.”

There’s a difference in scale between the amount that individuals who work in the energy sector have contributed to each candidate, as well. People in the fossil fuel industry have contributed $930,983 to Clinton’s campaign, compared to $203,885 to Sanders’s campaign, according to OpenSecrets.org.

Clinton has repeatedly argued that money from corporate interests does not influence her policymaking. “You will not find that I ever changed a view or a vote because of any donation that I ever received,” she said during a February Democratic debate.

But she has yet to offer a concrete plan to control carbon emissions, the main cause of man-made global warming. Her campaign touts neither the cap-and-trade model favored by the Obama administration nor the carbon tax favored by Sanders. When asked about fracking at a recent debate, Clinton hedged, talking about vague regulations. Her opponent, Sanders, answered that he was flatly against it.