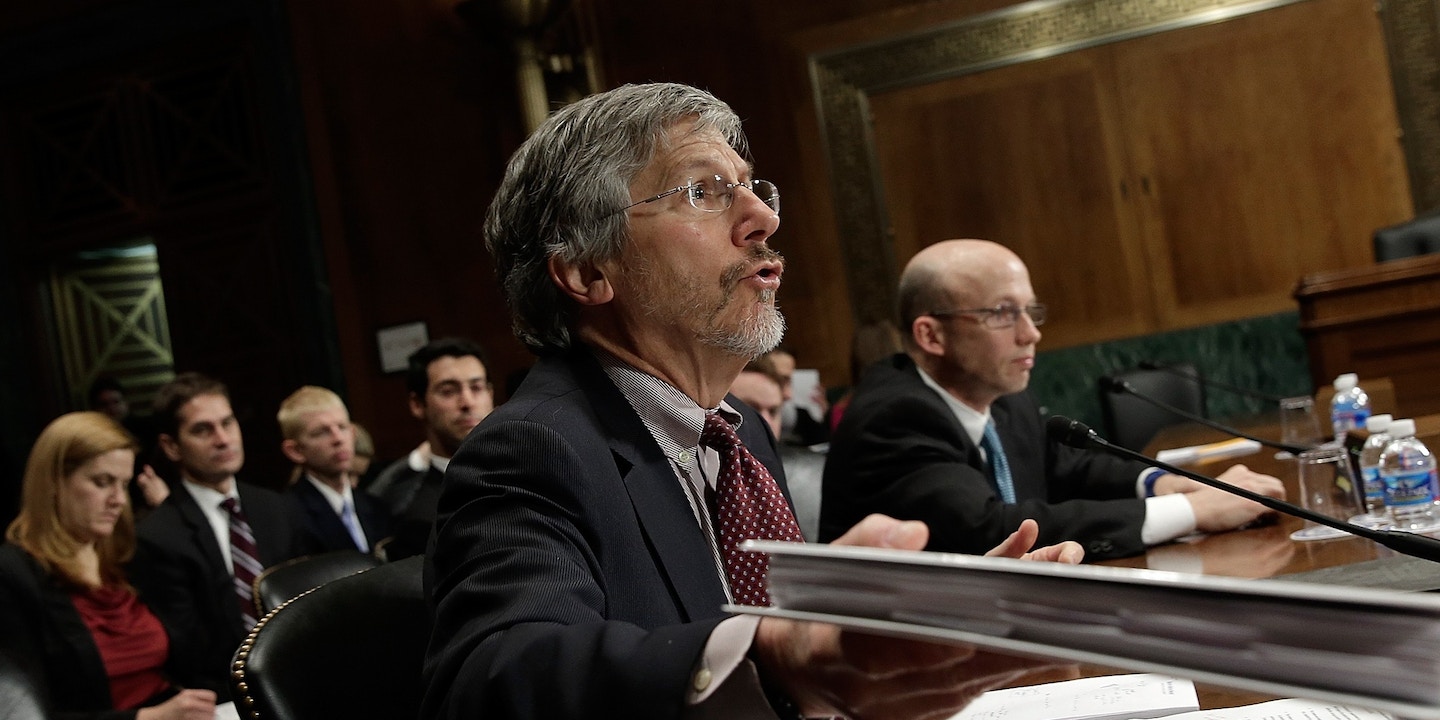 TOP INTELLIGENCE COMMUNITY lawyer Robert Litt has offered a rare olive branch to privacy advocates, in the form of information.

In a post on one of the intelligence community’s favorite blogs on Wednesday, Litt, general counsel for the Office of the Director of National Intelligence, outlined new intelligence data-sharing guidelines that he said will be released soon.

The post, on Just Security, was essentially a response to reporting last month from the New York Times’s Charlie Savage that the NSA would soon be sharing with other government agencies the raw, unfiltered intelligence from the depths of its massive overseas spying programs.

“There has been a lot of speculation about the content of proposed procedures that are being drafted to authorize the sharing of unevaluated signals intelligence,” Litt wrote.

The New York Times story raised concerns that the data, which inevitably includes information about Americans, would become too easily accessible by intelligence agencies including the FBI, potentially leading to fishing expeditions.

Litt provided his assurances that “these procedures are not about law enforcement, but about improving our intelligence capabilities.”

He also emphasized that there would be no additional collection of information — and that all the same privacy protections that currently exist will apply.

Privacy advocates and policy analysts interviewed by The Intercept were pleased Litt made the effort to reach out, noting some positive features of his announcement — like the possible restriction on sharing intelligence with state and local law enforcers.

Nathan White, senior legislative manager for digital rights organization Access Now, had entreated the intelligence community just the day before for more information on how the FBI would get access. “I hope that Litt replied to my op-ed means they’re taking these concerns seriously,” White wrote in a message to The Intercept.

But White also indicated that his appetite for information has not been satisfied. “All I can really say is that we need to see the rules. We need details. We need to declassify the DOJ’s guidelines,” he wrote.

“I’m not reassured that the procedures won’t expand law enforcement agencies’ access to Americans’ information for use in regular criminal investigations,” wrote Liza Goitein, co-director of the Brennan Center for Justice’s Liberty and National Security Program, in an email to The Intercept.

Litt’s post “says that there must be a valid foreign intelligence purpose for sharing the information,” Goitein said. “But once that purpose is met and the data is shared,” she added, “what prevents FBI agents conducting ordinary criminal investigations from running searches on the data?”

Patrick Toomey, staff attorney for the ACLU’s National Security Project, questioned Litt’s assumptions. “The premise of Litt’s response seems to be that there is an impermeable barrier — or ‘wall’ — between the FBI’s intelligence and law-enforcement roles. But that’s the wall the [intelligence community] spent the last 15 years tearing down,” Toomey wrote in an email.

In fact, ever since the September 11 terror attacks, the intelligence community has been working to get information out of agency “stovepipes” so that it can be better used to stop terrorist attacks — even though that was not actually the problem pre-9/11.

When conducting criminal investigations, the FBI can currently search through data the NSA gives it from programs run under Section 702 of the Foreign Intelligence Surveillance Act. Those programs are designed to target the communications of overseas persons, but “incidentally” grab some American communications, too. Those FBI searches have been likened to “backdoor surveillance.”

“It seems very likely that the new 12333 procedures will permit the same thing, giving the FBI nearly unfettered access to an even bigger pool of data,” wrote Toomey.

“That’s like saying, ‘Don’t worry, it’s not that I’m about to shoot at you, it’s that I’m requiring other agents to put kevlar on you before you are shot,’” wrote Sean Vitka, a fellow at digital rights group X-Lab, in an email to The Intercept. “Intelligence agencies should simply stop shooting at — that is, violating the privacy of — the people they are obliged to protect.”

Top photo: Robert Litt testifying at a Senate hearing in 2013.