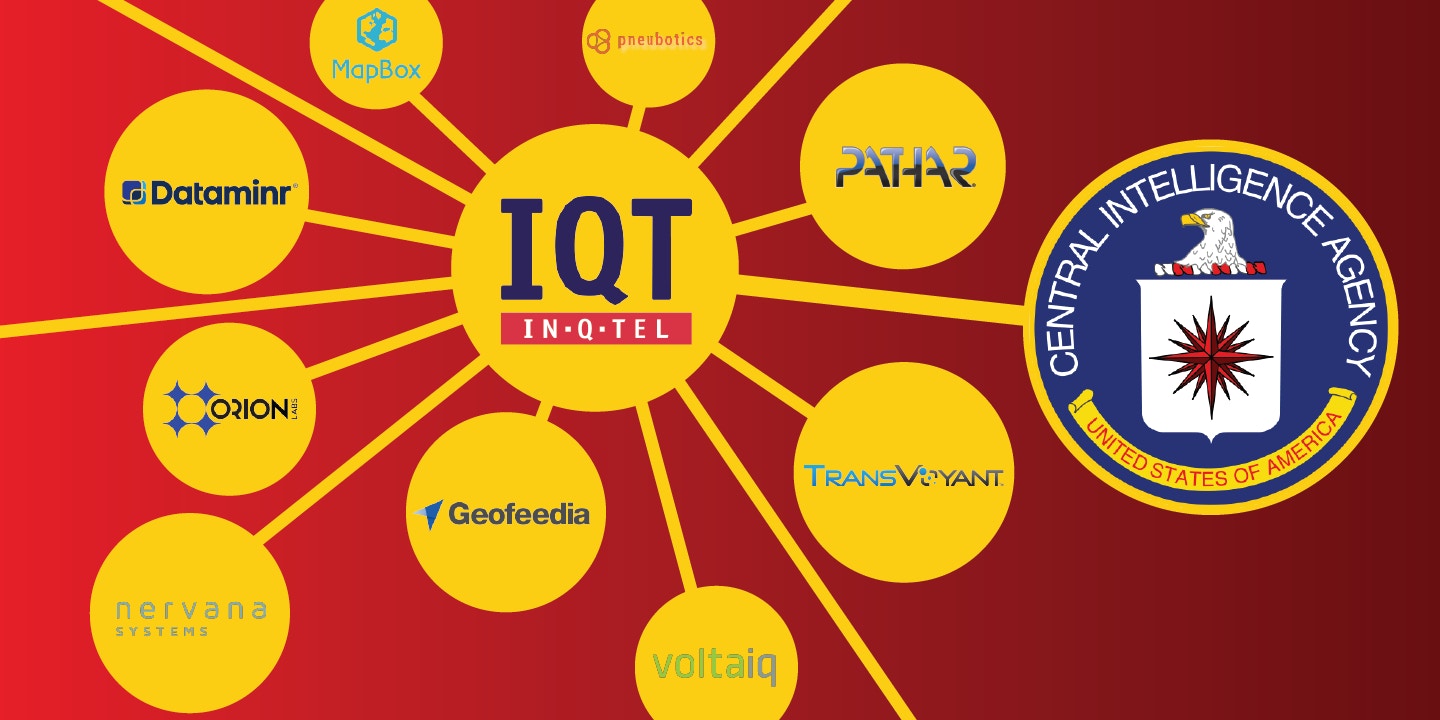 SOFT ROBOTS THAT can grasp delicate objects, computer algorithms designed to spot an “insider threat,” and artificial intelligence that will sift through large data sets — these are just a few of the technologies being pursued by companies with investment from In-Q-Tel, the CIA’s venture capital firm, according to a document obtained by The Intercept.

Yet among the 38 previously undisclosed companies receiving In-Q-Tel funding, the research focus that stands out is social media mining and surveillance; the portfolio document lists several tech companies pursuing work in this area, including Dataminr, Geofeedia, PATHAR, and TransVoyant.

Those four firms, which provide unique tools to mine data from platforms such as Twitter, presented at a February “CEO Summit” in San Jose sponsored by the fund, along with other In-Q-Tel portfolio companies.

The investments appear to reflect the CIA’s increasing focus on monitoring social media. Last September, David Cohen, the CIA’s second-highest ranking official, spoke at length at Cornell University about a litany of challenges stemming from the new media landscape. The Islamic State’s “sophisticated use of Twitter and other social media platforms is a perfect example of the malign use of these technologies,” he said.

The latest round of In-Q-Tel investments comes as the CIA has revamped its outreach to Silicon Valley, establishing a new wing, the Directorate of Digital Innovation, which is tasked with developing and deploying cutting-edge solutions by directly engaging the private sector. The directorate is working closely with In-Q-Tel to integrate the latest technology into agency-wide intelligence capabilities. Dataminr directly licenses a stream of data from Twitter to spot trends and detect emerging threats.

Dataminr directly licenses a stream of data from Twitter to visualize and quickly spot trends on behalf of law enforcement agencies and hedge funds, among other clients. 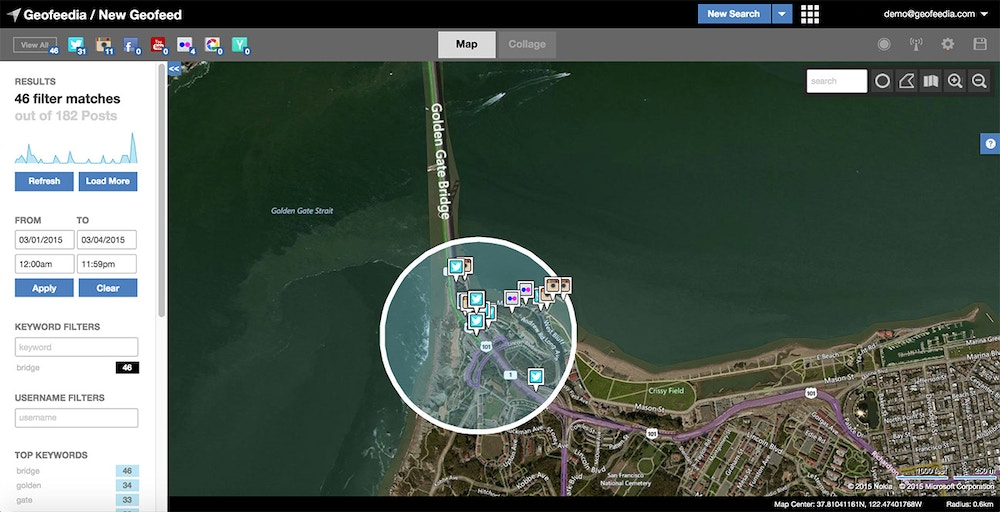 Geofeedia specializes in collecting geotagged social media messages, from platforms such as Twitter and Instagram, to monitor breaking news events in real time. The company, which counts dozens of local law enforcement agencies as clients, markets its ability to track activist protests on behalf of both corporate interests and police departments. PATHAR’s product, Dunami, is used by the Federal Bureau of Investigation to “mine Twitter, Facebook, Instagram and other social media to determine networks of association, centers of influence and potential signs of radicalization,” according to an investigation by Reveal. 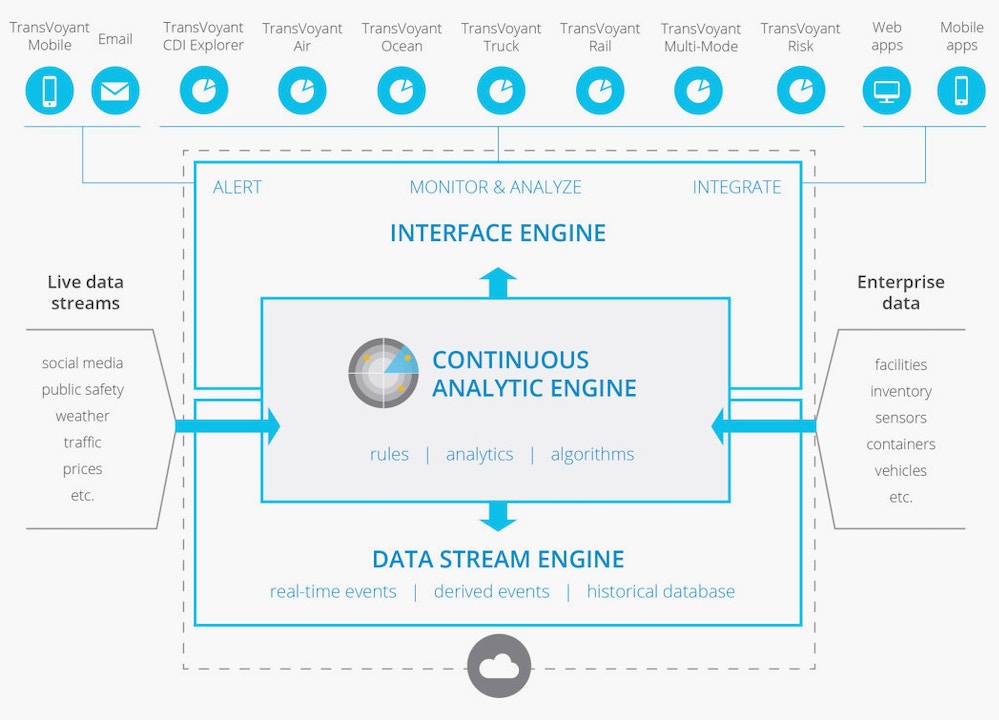 TransVoyant, founded by former Lockheed Martin Vice President Dennis Groseclose, provides a similar service by analyzing multiple data points for so-called decision-makers. The firm touts its ability to monitor Twitter to spot “gang incidents” and threats to journalists. A team from TransVoyant has worked with the U.S. military in Afghanistan to integrate data from satellites, radar, reconnaissance aircraft, and drones.

Dataminr, Geofeedia, and PATHAR did not respond to repeated requests for comment. Heather Crotty, the director of marketing at TransVoyant, acknowledged an investment from In-Q-Tel, but could not discuss the scope of the relationship. In-Q-Tel “does not disclose the financial terms of its investments,” Crotty said.

Carrie A. Sessine, the vice president for external affairs at In-Q-Tel, also declined an interview because the fund “does not participate in media interviews or opportunities.”

Over the last decade, In-Q-Tel has made a number of public investments in companies that specialize in scanning large sets of online data. In 2009, the fund partnered with Visible Technologies, which specializes in reputation management over the internet by identifying the influence of “positive” and “negative” authors on a range of platforms for a given subject. And six years ago, In-Q-Tel formed partnerships with NetBase, another social media analysis firm that touts its ability to scan “billions of sources in public and private online information,” and Recorded Future, a firm that monitors the web to predict events in the future.

The recent wave of investments in social media-related companies suggests the CIA has accelerated the drive to make collection of user-generated online data a priority. Alongside its investments in start-ups, In-Q-Tel has also developed a special technology laboratory in Silicon Valley, called Lab41, to provide tools for the intelligence community to connect the dots in large sets of data.

In February, Lab41 published an article exploring the ways in which a Twitter user’s location could be predicted with a degree of certainty through the location of the user’s friends. On Github, an open source website for developers, Lab41 currently has a project to ascertain the “feasibility of using architectures such as Convolutional and Recurrent Neural Networks to classify the positive, negative, or neutral sentiment of Twitter messages towards a specific topic.”

Collecting intelligence on foreign adversaries has potential benefits for counterterrorism, but such CIA-supported surveillance technology is also used for domestic law enforcement and by the private sector to spy on activist groups.

Palantir, one of In-Q-Tel’s earliest investments in the social media analytics realm, was exposed in 2011 by the hacker group LulzSec to be in negotiation for a proposal to track labor union activists and other critics of the U.S. Chamber of Commerce, the largest business lobbying group in Washington. The company, now celebrated as a “tech unicorn” — a term for start-ups that reach over $1 billion in valuation — distanced itself from the plan after it was exposed in a cache of leaked emails from the now-defunct firm HBGary Federal. Cover of the document obtained by The Intercept.

Yet other In-Q-Tel-backed companies are now openly embracing the practice. Geofeedia, for instance, promotes its research into Greenpeace activists, student demonstrations, minimum wage advocates, and other political movements. Police departments in Oakland, Chicago, Detroit, and other major municipalities have contracted with Geofeedia, as well as private firms such as the Mall of America and McDonald’s.

Lee Guthman, an executive at Geofeedia, told reporter John Knefel that his company could predict the potential for violence at Black Lives Matter protests just by using the location and sentiment of tweets. Guthman said the technology could gauge sentiment by attaching “positive and negative points” to certain phrases, while measuring “proximity of words to certain words.”

Privacy advocates, however, have expressed concern about these sorts of automated judgments.

She added that there is a dangerous trend toward government relying on tech companies to “build massive dossiers on people” using “nothing but constitutionally protected speech.”