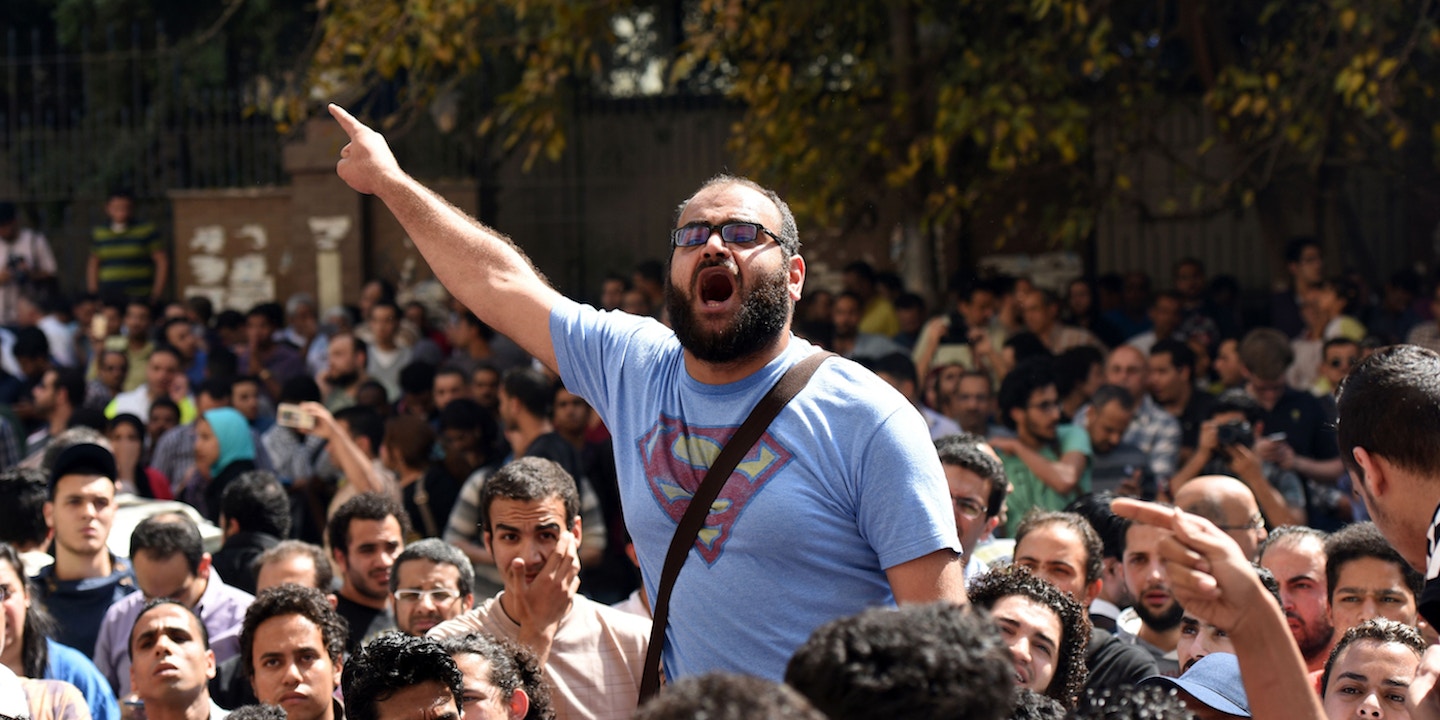 To quote a movie, “’Oooh! Ahhh!’ that’s how it always starts. Then later there’s running and um, screaming.”

The last popular regime, as recounted at http://www.ibtimes.com/why-middle-easts-largest-christian-community-fleeing-egypt-2288395 , led to a vast exodus of Coptic Christians. They elected a guy Morsi who did away with the constitution and ruled by decree. What will be different this time?

I wouldn’t get my hopes up because some nationalists are furious over a couple of disputed islands.

This is the kind of time when we need to take what we’ve learned and realize that murder, misery, kidnapping for ransom, stupid prohibitions and corruption are inherent to Islam and we’re not going to make the country any better whatever we do. Hope and Islam are not native to the same place. We just need to stay *out* of it and, for a change, not get blamed for what happens.

Last time around, they were saying that these sorts of things were inherent to Judaism.

Sisi and the deep regime in Egypt require complete obedience and are ready to unleash violence at slightest suspicion. As long as the victims of his violence are ex-President Morsi and his group nobody cares. However, when he starts violating the rights of his erstwhile secular supporters, then people start to take notice and speak up. The mantra that all the human rights are for all the people all the time unfortunately doesn’t work for non-secular victims of his violence. If he is wise, he can prolong his stay by limiting mass violations, killing and issuance of mass death sentences only against the Muslim Brotherhood.

It is difficult for some to understand the human need to live in a democracy that respects you enough to allow you to determine how to live your life. So many on the right want to live in a society that is totally ordered by the will of very strong and protecting others, while many do not want to be told what to think and do at every turn. and society has to overcome this in order for all to have a decent life. It cannot just be all one way! el-Sisi is a dictator. That is why he should be overthrown!

I have great respect for the Intercept, but I am frankly baffled as to why you want to overthrow el-Sisi. What he has done with Egypt’s economy, particularly the building of a new Suez canal without crawling to the loan sharks, offers real hope to Egypt as a nation. Your campaign to topple him, using the usual neo-con “human rights” rationale, makes no sense to me, and seems to be right in sync with the general Blair/Cameron/Bush/Obama policy of “regime change” against secular Arab governments that insist on the right to national sovereignty .

I am always amazed at how often people invoke the “rightful abuser” argument after the so-called winner murders the victim. It’s almost like saying the the murder of JFK saved the country.

But this is how victims think, in those terms, to support abuser types that have them praise their captor. Sisi is just another unleaderly military monster like all the other leader-monsters on the planet.

Presumably you mean he is like Saddam Hussein, Muammar Gaddafi and all the other secular leaders targeted for “regime change” by the UK and the US. Can you cite one example of “regime change” where it actually improved life for the citizens of the targeted nation?

No,just the opposite.Sisi is the favored son of Zion,and by extension,US.
The MB and Morsi were the legitimate elected people in Egypt,overthrown by this puppet of Zion.
Your too examples were once malleable friends of empire,who went off the reservation,and were eliminated.
It is not your,or my call who should run any nation other than our own on this earth,but the citizens of those nations.
If that then leads to implosion,as Israel is doing to itself,they will have to live with it,which btw is the problem with Israel,they don’t have consequences for their bad decisions,as uncle schmuel is always there for cover.

First, thousands is gross over estimation.
Second, there is no “gifting” of the islands, it is very well documented that the islands never belonged to Egypt, Egypt at the request of Saudi took on an administrative role on the islands, administration and ownership are two very different things. The return of the islands has been in the works since 1990, documents filed at the UN. It is an absolute shame that Mr. Mackey didn’t do any research.

The Zionists approved the sale,btw.How does that make you feel?
More independent?

@dahoit[4]: ‘The Zionists approved the sale’