Nearly seven months after the first shots were fired, the Pentagon says its attack on a hospital in Afghanistan that left 42 people dead is not a war crime. 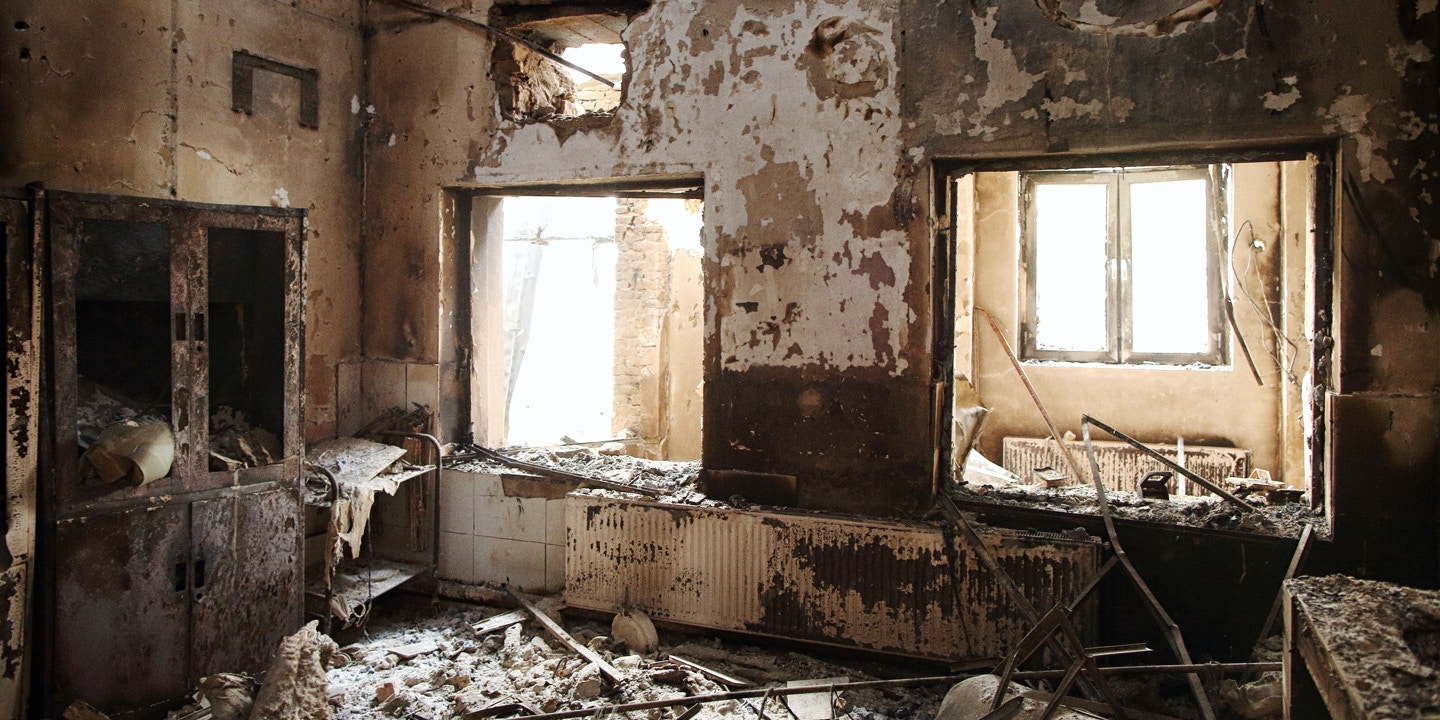 Nearly seven months after the first shots were fired, the Pentagon has released its full report detailing the night of chaos and horror that left 42 patients and staffers dead at a Doctors Without Borders hospital in Kunduz, Afghanistan. In publishing the highly anticipated account, the military concluded that its attack did not amount to a war crime because its effects were not intentional, a view at odds with certain interpretations of international law.

In the wake of the attack, Doctors Without Borders, also known by its French name, Médecins Sans Frontières, or MSF, described the October 3 raid as “abhorrent and a grave violation of international humanitarian law,” adding, a “war crime has been committed.”

In announcing the report today, Gen. Joseph Votel, the head of U.S. Central Command, argued that was not the case.

“The label ‘war crimes’ is typically reserved for intentional acts — intentional targeting [of] civilians or intentionally targeting protected objects or locations,” the general said. The Americans “had no idea” they were targeting the hospital, Votel said, and once they recognized what was happening, they called off the attack.

In a statement, MSF said it had not had an opportunity to review the military report before it was posted online, though the organization did receive a two-hour verbal briefing from Votel on Thursday. The humanitarian group fired off a set of unanswered questions, and repeated its call for an independent inquiry into the attack by the International Humanitarian Fact-Finding Commission.

“MSF and other medical care providers on the front lines of armed conflicts continually experience attacks on health facilities that go uninvestigated by parties to the conflict,” the statement read. “However, MSF has said consistently that it cannot be satisfied solely with a military investigation into the Kunduz attack.” 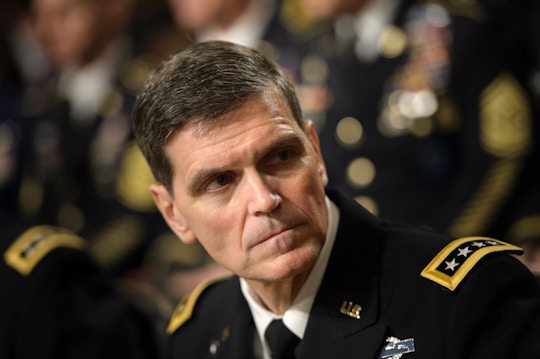 While Votel stressed that the conclusions of the report were subjected to legal review by military lawyers, the general’s argument that the absence of intentionality meant the attack on the MSF hospital could not be a war crime wades into complex legal territory. According to the International Red Cross definition, “War crimes are violations that are committed willfully, i.e., either intentionally … or recklessly. … The exact mental element varies depending on the crime concerned.” Following the release of the report, Patricia Gossman, Human Rights Watch’s senior researcher on Afghanistan, tweeted, “It is established principle of customary international law that war crimes can be committed through recklessness.”

What’s more, Votel’s claim appeared inconsistent with the military’s own law of war manual, which states, “In some cases, the term ‘war crime’ has been used as a technical expression for a violation of the law of war by any person; i.e., under this usage, any violation of the law of war is a war crime. This has been longstanding U.S. military doctrine.” According to the findings of their report, the investigators looking into the Kunduz attack noted violations of the rules of engagement, and also breaches of the laws of war.

MSF president Meinie Nicolai said that “a grave breach of international humanitarian law” is not determined solely by whether or not the act was intentional.

“With multinational coalitions fighting with different rules of engagement across a wide spectrum of wars today, whether in Afghanistan, Syria, or Yemen, armed groups cannot escape their responsibilities on the battlefield simply by ruling out the intent to attack a protected structure such as a hospital,” Nicolai added.

Votel, who was the head of U.S. Special Operations Command at the time of the Kunduz raid, confirmed that more than a dozen U.S. service members were disciplined for their roles in the airstrike — they would not, however, face criminal charges in connection with the ordeal. Repeating much of what the military has already claimed with respect to the attack — an account that has changed multiple times — Votel framed the tragedy as the result of overlapping human and technological errors.

“The investigation found that the incident resulted from a combination of unintentional human errors, process errors, and equipment failures, and that none of the personnel knew they were striking a hospital,” the general said. “The trauma center was a protected facility, but it was misidentified during this engagement.”

According to the general, the AC-130 involved in the attack had come under fire early in its mission from a surface-to-air missile, and as a result was searching for Taliban attackers on the ground. “Instead they found the Doctors Without Borders trauma center,” Votel said of the hospital, which provided crucial medical services in northern Afghanistan.

With more than 65 witnesses interviewed, Votel described the military’s report as “a thorough investigation.” It found that there was no gunfire coming from the hospital at the time of the attack, and the American forces believed they were engaging a target some 400 meters away.

The Taliban had overrun Kunduz in the preceding weeks, and the Americans, along with their Afghan allies, were on edge. “This was an extraordinarily intense situation,” Votel told reporters.

The general confirmed that the hospital was on a “no-strike” list but said that because the mission was launched more than an hour earlier than planned, in an effort to provide support to U.S. and Afghan forces on the ground, the list was not loaded onto the plane’s internal information systems.

A total of 16 U.S. personnel — including a two-star general, the crew of the Air Force AC-130 gunship that carried out the raid, and Army special forces members — have been disciplined as a result. One officer was sent home from Afghanistan. The remaining personnel received more mild reprimands.

Commenting on the punishments Friday, Votel said they “can carry severe repercussions,” including “possible separation from the service,” and were “appropriate to address the errors they made.”

While the letters of reprimand could be career-ending, they will likely serve as cold comfort for the family members of the victims. 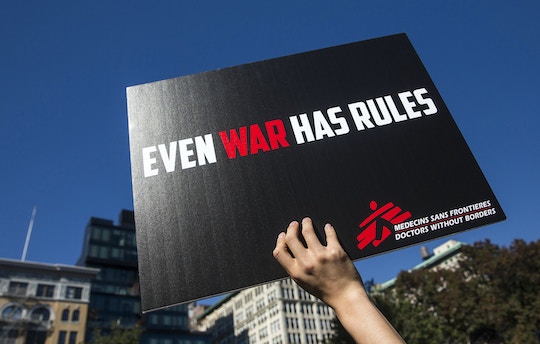 On Nov. 3, 2015, supporters of Médecins Sans Frontières in New York City commemorate the one-month anniversary of the bombing of an MSF hospital in Kunduz, Afghanistan.

Donna McKay, executive director of Physicians for Human Rights, slammed the military’s punishments as insufficient. “The decision to dole out only administrative punishments and forego a thorough criminal investigation of October’s deadly strike in Kunduz is an affront to the families of the more than 40 men, women, and children who died that night, punished merely for being in a hospital, a supposed safe haven in a time of war,” McKay said in a statement.

The military’s response does not assure the future of MSF’s work in one of Afghanistan’s most volatile regions.

“We can’t put our teams — including our colleagues who survived the traumatic attack — back to work in Kunduz without first having strong and unambiguous assurances from all parties to the conflict in Afghanistan that this will not happen again,” Nicolai, the MSF president, said.

The Pentagon has approved a $5.7 million effort to rebuild the facility it destroyed, and as “a gesture of sympathy,” more than 170 individuals have received condolences for loved ones injured or killed, Votel said. “$3,000 for wounded and $6,000 for killed,” he said.

On Thursday, The Intercept published a monthslong investigation into the attack on the hospital, based on dozens of interviews with American and Afghan officials, witnesses, regional experts, and survivors of the air raid. The picture that emerged was one of remarkable confusion about who was in charge, and of a divergence between how American and Afghan forces viewed the situation.

Afghan authorities claimed that the Taliban were using the hospital to launch attacks — despite fervent denials from MSF that there were armed fighters in the compound, and a lack of evidence to back up the Afghan officials’ claims. A senior Western official told The Intercept that the Afghans’ “biggest fear after the strike was that this would put a chill on their being able to request U.S. air support when shit hits the fan.”

Though the United States pulled back its operations in Afghanistan at the end of 2014, the Afghan military is still heavily dependent on U.S. air support. Last year, the rate of civilian casualties from U.S. airstrikes in Afghanistan actually increased to its highest point since 2008, leading to concerns that strikes were becoming less accurate or that targeting standards had changed.