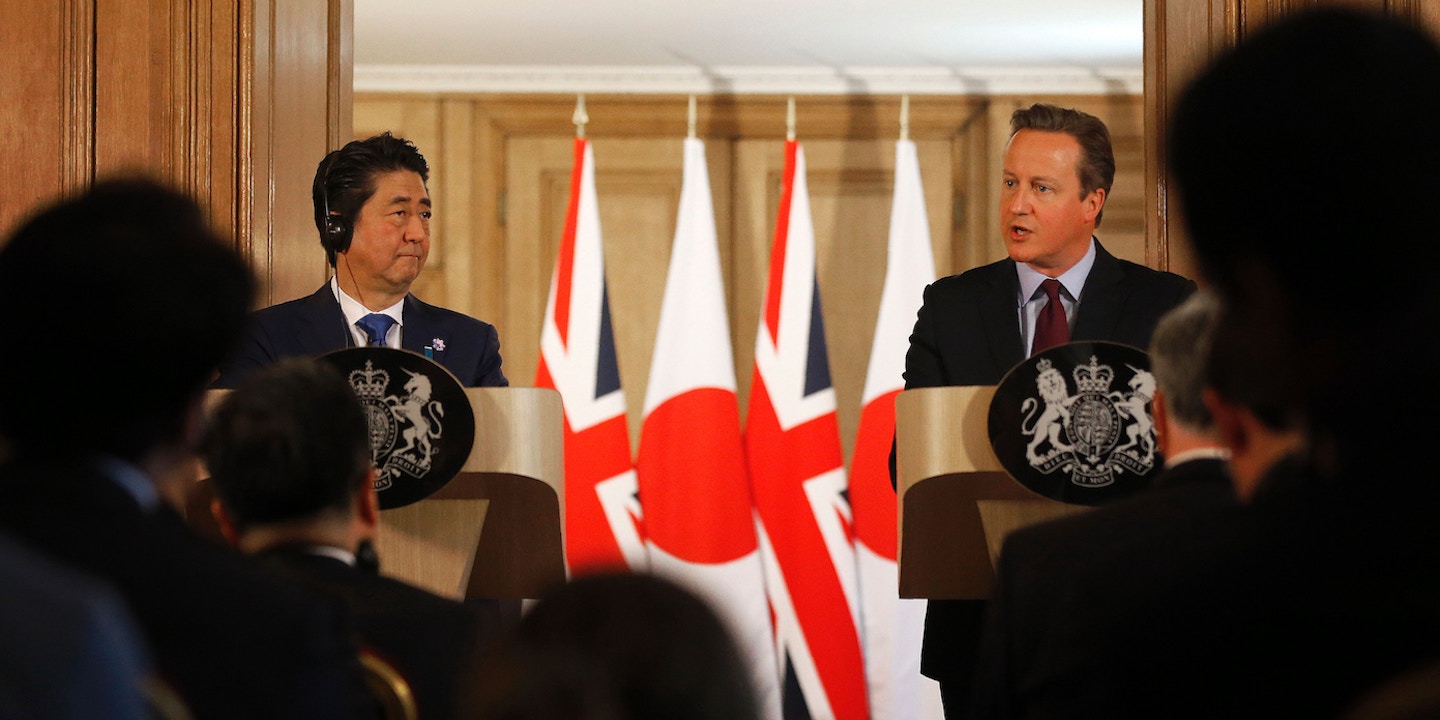 Asked at a news conference in London if he should apologize to Trump, given that the Republican could soon be representing the U.S. at trade talks, Cameron first praised his fellow conservative for winning a “grueling” primary campaign. “But what I said about Muslims, I won’t change that view,” Cameron added. “I’m very clear that the policy idea that was put forward was wrong, is wrong, and will remain wrong.”

Days after the mass shooting in San Bernardino in December, Trump called for “a total and complete shutdown of Muslims entering the United States until our country’s representatives can figure out what the hell is going on.”

Cameron denounced Trump’s anti-Muslim proposal the following week, as he argued against a proposal to add the politician’s name to a list of foreign extremists banned from entering the United Kingdom on the grounds that they might incite hatred against members of an ethnic or religious group.

The law was used in 2013 to bar Pamela Geller, another right-wing New Yorker who rails against the imaginary “Islamization of America,” from entering Britain.

The idea that Cameron should apologize to Trump was raised on Tuesday by a previously obscure foreign policy adviser to the billionaire George Papadopoulos, who told London’s Times newspaper, “If Prime Minister Cameron is serious about reaching out, not only to Mr. Trump’s advisers but to the man himself, an apology or some sort of retraction should happen.”

Papadopoulos, who until recently listed an appearance at a model U.N. conference in 2012 as an accomplishment on his resume, added that Cameron’s remarks were “uncalled for” and hinted that “it would be wise for him to reach out in a more positive manner to Mr. Trump,” so as not to endanger the special relationship between the two countries.

Cameron might have gotten more credit for his stance against the cynical exploitation of anti-Muslim hysteria had it not come just days after he had tried to damage the campaign of a political rival by accusing him of ties to a Muslim cleric the prime minister mistakenly called a supporter of the Islamic State militant group.

That political attack, intended to tarnish the reputation of Sadiq Khan — the Labour Party candidate hoping to be the first Muslim elected London’s mayor  — backfired spectacularly when the cleric, Suliman Gani, protested that there was no evidence for the claim and revealed that he had, in fact, campaigned for Cameron’s Conservative Party against Khan just last year.

On the eve of Thursday’s mayoral election, as Londoners weighed the choice between Khan and the Conservative candidate, Zac Goldsmith — whose campaign seemed to be inspired by Trump’s anti-Muslim playbook — the cleric appeared on television to press his demand that the prime minister either retract his allegation about him, or repeat it outside of Parliament, where he would have no immunity from being sued for libel.

• At Least in London, Campaign to Instill Fear of Muslims Not Going Well