A two-year investigation of electronics recycling revealed that about one-third of the devices were improperly exported to developing countries. A two-year investigation of electronics recycling using GPS tracking devices has revealed that policies aimed at curtailing the trade in toxic e-waste have been unsuccessful, with nearly one-third of the devices being exported to developing countries, where equipment is often dismantled in low-tech workshops — often by children — endangering workers, their families, and contaminating the surrounding environment.

A report from the Basel Action Network (BAN), a Seattle-based nonprofit devoted to ending the trade in toxic waste, raises major questions about U.S. government e-waste policies and oversight as well as the voluntary programs the electronics recycling industry relies on to ensure that this equipment is handled responsibly. BAN’s early data has already resulted in one major recycler losing an important certification as a responsible e-waste handler and launched state investigations into possible hazardous waste violations. The data BAN obtained with these tracking devices also shows that equipment left at Goodwill, with which Dell partners for recycling, was also exported.

Knowing that e-waste exports were ongoing and frustrated by recent federal government-commissioned reports suggesting that these exports had dropped dramatically, BAN decided to physically track devices sent for recycling. “In our view those reports underestimated the export flows,” said BAN’s executive director, Jim Puckett. “So we decided if the government is not going to use tracking devices, we will.”

BAN installed 200 GPS tracking devices into “used, non-functional computer equipment that its research team delivered to publicly accessible e-waste recycling drop-off sites around the U.S.” This equipment was left for recycling in more than a dozen states across the country between July 1, 2014, and December 31, 2015; 149 devices went to recyclers, 49 to thrift stores (mainly Goodwill) and two to retailers.

“What we found out is that quite a large percentage of this equipment is flowing offshore,” said Puckett. “These are like little lie detectors that we put out there. They tell their story and they tell it dispassionately.”

As of this month, BAN has found that 65 of those devices (or 32.5 percent of the equipment tracked) have been exported. Of that equipment, BAN estimates that 62 devices (or 31 percent of the tracked equipment) were likely to be illegal shipments based on the laws in the countries or regions where the electronics ended up. Of the equipment left with commercial recyclers, 39 percent of the tracked equipment was exported. Of the 46 tracked devices sent to Goodwill stores, seven (or 15 percent) were exported. This includes six (or 21 percent) of the 28 delivered to Dell Reconnect stores.

Most of this equipment went to Hong Kong. But other devices were tracked to 10 different countries that include China, Taiwan, Pakistan, Mexico, Thailand, Cambodia and Kenya. While China has been a major e-waste export destination, the government there has been cracking down on these imports and trying to clean up some former major e-waste sites like Guiyu. Hong Kong’s New Territories region near the Chinese border appears to be the “new ground zero” for e-waste processing, said Puckett.

Hong Kong has long been used for a staging post for e-waste exports, Puckett explained. But e-waste facilities themselves are now proliferating there. While some dismantling processes appear to have changed for the better, BAN’s team did see what Puckett described as “dirty smashing, including of mercury lamps, toner and cartridges.”

Massachusetts Institute of Technology’s Senseable City Lab created an interactive map to show exactly where the equipment has gone. If not disposed of properly, e-waste can release numerous toxics — heavy metals including lead, mercury, and cadmium; and chemicals, among them brominated flame retardants and dioxins — into the environment. Numerous studies have found toxics associated with e-waste leaching from landfills, contaminating waterways, and contributing to global air pollution. In developing countries where informal and rudimentary electronics recycling often takes place, this e-waste processing has led to high levels to toxic exposures, including for children.

“We think this is a big enough problem to bring this to the World Health Organization’s attention,” said Michelle Heacock of the U.S. National Institute of Environmental Health Sciences, a lead author on a new paper summarizing these dangers. A particular challenge in solving these problems, the paper notes, “is the increasing number of e-waste sites.”

Despite exceptionally well-documented evidence of these hazards, the U.S. restricts e-waste exports of only one type of component, cathode ray tubes, which it considers hazardous waste. Many states, however, bar landfilling and dumping of used electronics. Many also have e-waste recycling programs. But there is no federal law overseeing e-waste recycling.

To fill this gap and to rein in the rampant export that BAN and other NGOs documented in the early 2000s, the recycling industry developed certification programs, such as e-Stewards and R2, which are relied upon by governments and businesses, including electronics manufacturers. A key issue in electronics recycling is knowing where equipment and material go and how they’re handled. While some equipment can be refurbished for reuse, large amounts end up being taken apart for materials recovery: glass, metals (including precious metals), and plastics. But most recyclers are not equipped to handle or process all these materials. So dismantled electronics and materials are sent to other companies for processing. And many companies won’t say — some don’t know — where the stuff goes. This is where BAN’s tracking devices come in.

“No one company can disposition all the different commodities,” explained Sean Magann of Sims Recycling Solutions. “Unless you have a person checking where the trucks go, there’s a real risk,” he said. “It can be expensive but we physically audit our downstream globally around the world,” said Magann. And he said, the export market “is not regulated in the U.S. the way it is in other countries.”

“Transparency is the key to successful recycling,” said John Shegerian, co-founder and CEO of Electronic Recyclers International. But “the problem is worse than ever,” he said. “There’s not enough downstream due diligence,” Shegerian explained. “More and more is being shipped abroad.”

What drives this business are commodity prices, what recyclers can make on glass, plastics and metals. When those prices are low, as they are now, it’s difficult to turn a profit if the costs of dismantling equipment are high. “It’s a very difficult time for the industry in general. Everyone is under some degree of financial distress because of relatively low commodity prices,” explained Sage Sustainable Electronics founder and CEO Robert Houghton.

“The more stress operators are under, the more attractive it is to export to commodity brokers,” Houghton explained. “All you need to do is fill a shipping container and there are plenty of people willing to pay per pound for e-scrap. That’s absolutely still going on.” A significant source of what ends up overseas, Houghton thinks, comes from community collection events.

Another source long a concern for these exports is the equipment auctioned by the General Services Administration (GSA). A 2009 presidential executive order established guidelines suggesting procedures for federal agencies to follow when disposing of their used electronics, but these too are essentially voluntary. They “strongly encourage recycling” by recyclers certified by e-Stewards and R2 — and ask winning bidders to sign a statement of “their obligation to act responsibly.” But the GSA acknowledged in a statement that “it is nearly impossible to validate” what happens after equipment is sold and says it hopes the guidelines will deter “irresponsible activity.” Bidders are required to register with the GSA site and provide proof of citizenship identification, but they remain anonymous during bidding, and there is no way to oversee what happens to equipment they acquire.

The GSA currently lists 146 active computer equipment auctions, including equipment from Veterans Administration medical centers, Department of Labor, Transportation Security Administration, and Immigration and Customs Enforcement offices. No calls to any auction locations were returned, and the sales office referred inquiries to the GSA’s communications department.

The GSA “is not set up to be a monitoring nor enforcement agency,” the agency said in its statement. “If we are made aware of any egregious offenses, we may elect to refer the matter to the Inspector General’s Office for investigation; but to date, we are unaware of any such offenses.”

Shegerian was blunter. “There’s no oversight. Zero oversight. The federal GSA is one of the biggest bad actors in the industry.” Among the discoveries revealed in BAN’s investigation is that a leading Washington state recycler, Seattle-based Total Reclaim, a longtime champion of responsible recycling and certified e-Steward, had in fact exported mercury-containing flat screen computer monitors to Hong Kong. The company has now had this certification revoked and the Washington State Department of Ecology and Oregon Department of Environmental Quality, which both considered Total Reclaim a preferred recycler, are now investigating whether the company violated any laws.

Total Reclaim has admitted to exporting flat screen devices to undocumented facilities in Hong Kong and withholding information about these exports from their customers and certifiers. Citing “immense pressures of a very difficult market,” Total Reclaim apologized for “failing to live up to its commitments” and pledged to rebuild customers’ trust.

“On the face of it, it is certainly is disappointing. I know it’s a hard time for many recyclers with commodity prices being where they are, but this seems really out of character,” said Glen Gaidos, founder and CEO of 3R Technology, a Seattle-based recycler. “We have been working with Total Reclaim for a long time,” said Gaidos. “We certainly rely upon third-party auditors, and the certifying bodies to police other recycling operations and reduce the likelihood of fraud or ‘bad actors,’” he explained, adding that his company is already discussing ways to “gain additional assurance from all recycling vendors we work with, above and beyond the requirements of any certification standard, that they are doing the right thing with e-waste material they receive from us.”

Through an external PR company, Dell said it had not yet reviewed the BAN report so could not comment on its findings. Calls to one of the recyclers through which BAN tracked Goodwill overseas export went unanswered. Others contacted were not yet aware of the findings.

“Awareness that export was bad probably peaked around 2008 or 2009,” said Puckett. “Since then there’s been backsliding. It’s time to wake people up again. And I have some hope we can stop the flow.” 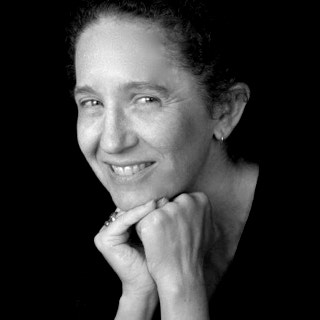