Mold infestations in ailing prison buildings are yet another form of punishment that affect inmates and guards alike. 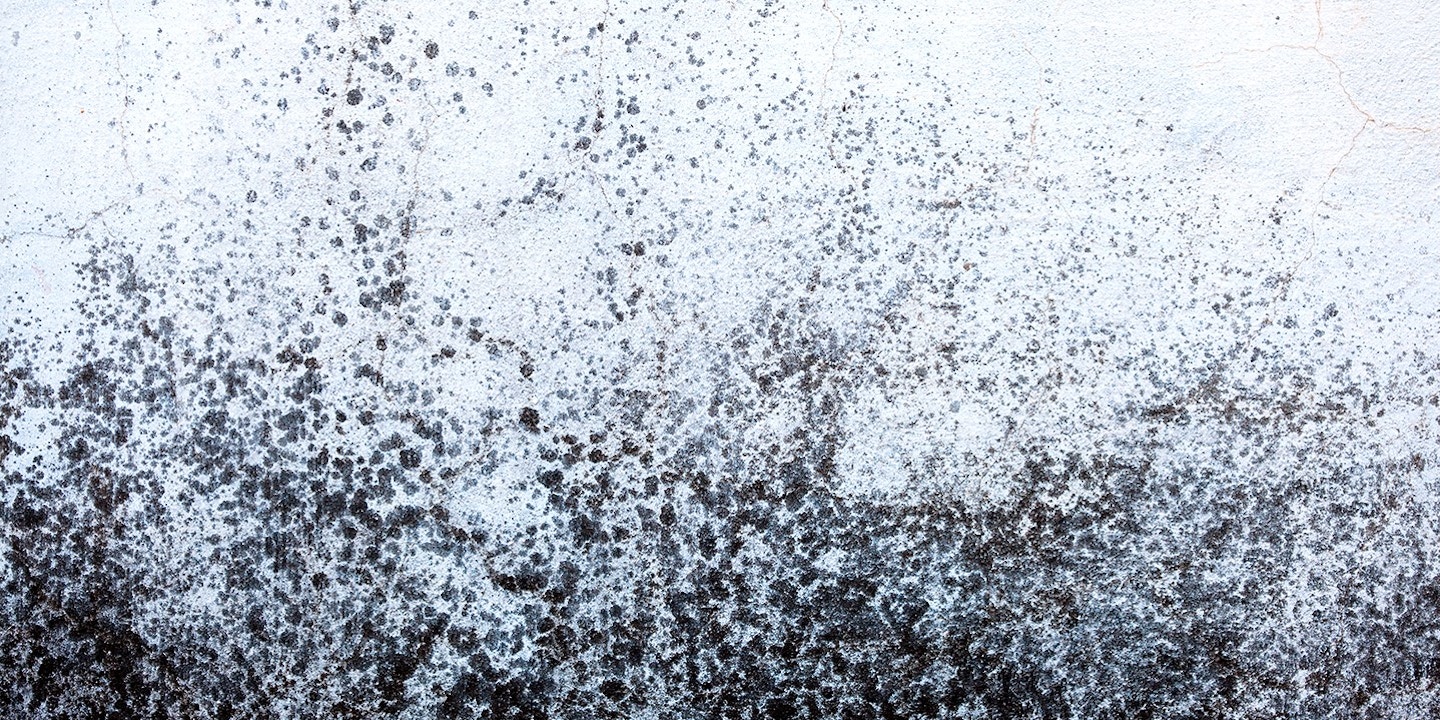 During much of her three years awaiting trial in New York’s Rikers Island jail, Candie Hailey was locked in a solitary confinement cell ventilated by a mold-covered air duct. The purpose of the vent was, of course, to pump fresh air into her 6-by-10-foot concrete room, but the mold infestation instead added to an array of hazards and discomforts that made her life unbearable at Rikers, where she made multiple attempts at suicide. “There was big, dark, gray, blackish mildew around the air vent and that’s where the air was coming from,” Hailey told me. “It’s what I was inhaling — it smelled like death.”

Hailey, who says she developed persisting asthma as a result of mold exposure, described overall conditions at Rikers that were so punishing not even the guards — who spent only a fraction of their time in the building — could withstand them. Hailey says that one officer implored her to complain to authorities about the conditions, as the employee feared she would be punished for doing so herself.

“‘Please call 311 or somebody,’” Hailey recalled a guard telling her. “That’s how bad it was.”

Hailey’s and her guards’ experiences are not unique to New York’s infamous island jail. On the issue of hazardous mold alone, numerous prison employees across the country have asserted that they cannot bear even their limited exposure to a condition that inmates must live with day in and day out, according to workplace safety complaints submitted to the Occupational Safety and Health Administration. During a one-year period ending January 15 of this year, OSHA received 81 workplace safety complaints regarding mold in penal institutions across the United States.

Citing alleged hazards at county jails, state penitentiaries, federal prisons, administrative offices, and youth centers, the grievances vary widely, but dozens of them adhere to the common theme that employees of jails and prisons fear for their health as a consequence of hazardous mold. One complaint, for instance, asserts that mold in air ducts in a state “minors unit” in Maricopa County, Arizona, poses a risk to the workers at the facility. A complaint regarding the county jail in Albany, New York, states that several “employees have respiratory ailments. There is no documentation of vents being cleaned.” One complaint from a San Diego federal prison flatly asserts that black mold at the facility is “currently making the employees sick.”

Some of the workplace complaints also note that hazardous mold conditions are making inmates sick.

Three separate complaints cite the GEO Group, a leading private prison corporation, for alleged mold violations at sites across the country. “Mold throughout building,” reads one occupational complaint regarding a GEO-run state prison in Milledgeville, Georgia. Another complaint against the GEO Group regarding a federal detention center in Texas states: “Mold found in housing 2, 3 and file area exposing employees to health issues.”

Multiple media reports have accused the GEO Group of housing inmates in substandard conditions in facilities contracted with local, state, and federal authorities. In 2007, an inmate at a GEO Group prison in Texas slashed his own throat, leaving behind notes that decried conditions such as “floors and walls covered in mold,” according to the Texas Tribune.

The OSHA documents contain no information about whether the individual complaints were judged to have merit or how they were resolved. In response to questions from The Intercept, OSHA said that it had responded to two of the complaints about the GEO Group’s facilities in Texas and that the two complaints did not meet all requirements for a formal complaint. The agency said it had no further records relating to the Milledgeville, Georgia, filing. The GEO Group did not respond to questions from The Intercept about the complaints and its policies regarding prison mold.

Hazardous mold tends to grow in humid spaces that are poorly ventilated, and aging facilities that warehouse prisoners in close quarters appear to be prime real estate for mold growth. Over the past two decades, researchers have linked the presence of excess mold to a number of health problems. In 2009, the World Health Organization asserted that the most significant effects of mold exposure “are increased prevalences of respiratory symptoms, allergies and asthma, as well as perturbation of the immunological system.”

Local news reports from around the country indicate that the OSHA complaints capture only a portion of such concerns. Employees at Allegheny County Jail in Pittsburgh, for instance, have recently voiced concerns about workplace health issues stemming from an alleged mold infestation, which the jail administration has denied. The jail was not cited in the OSHA complaints obtained by The Intercept. “You definitely feel it the first few hours you walk in the door,” said one of the jail’s employees, who wished to remain anonymous for fear of retaliation for speaking to the press. The employee said that one area of the jail was particularly infested, and some workers had developed health problems from their exposure. “These are people without ever before having allergies, and they’re suddenly getting irritable eyes, trouble breathing, scratchy throat, sneezing and coughing,” the employee said of co-workers.

Several of the OSHA mold complaints allege that prison workers are subjected to “sick building syndrome,” a term used to describe a structure that has become so infested with chemical or biological pathogens that the entire building seemingly becomes a vector of allergy-like health symptoms, ailments, and discomfort.

Hailey and others have described similar conditions on Rikers Island. Hailey said the ailing building itself felt like another form of punishment meted out to inmates as well as all the jail’s visitors. “It’s torture for us, but you’re also punishing the doctors, the officers, and the other staff who have to be there,” said Hailey, who after three years in jail was ultimately found not guilty on charges of attempted murder. “It’s like an abandoned building, but it’s filled with people.”