Witnesses say the assailant shouted “Britain First” as he shot and stabbed the Labour MP, who just yesterday had participated in a pro-EU demonstration. 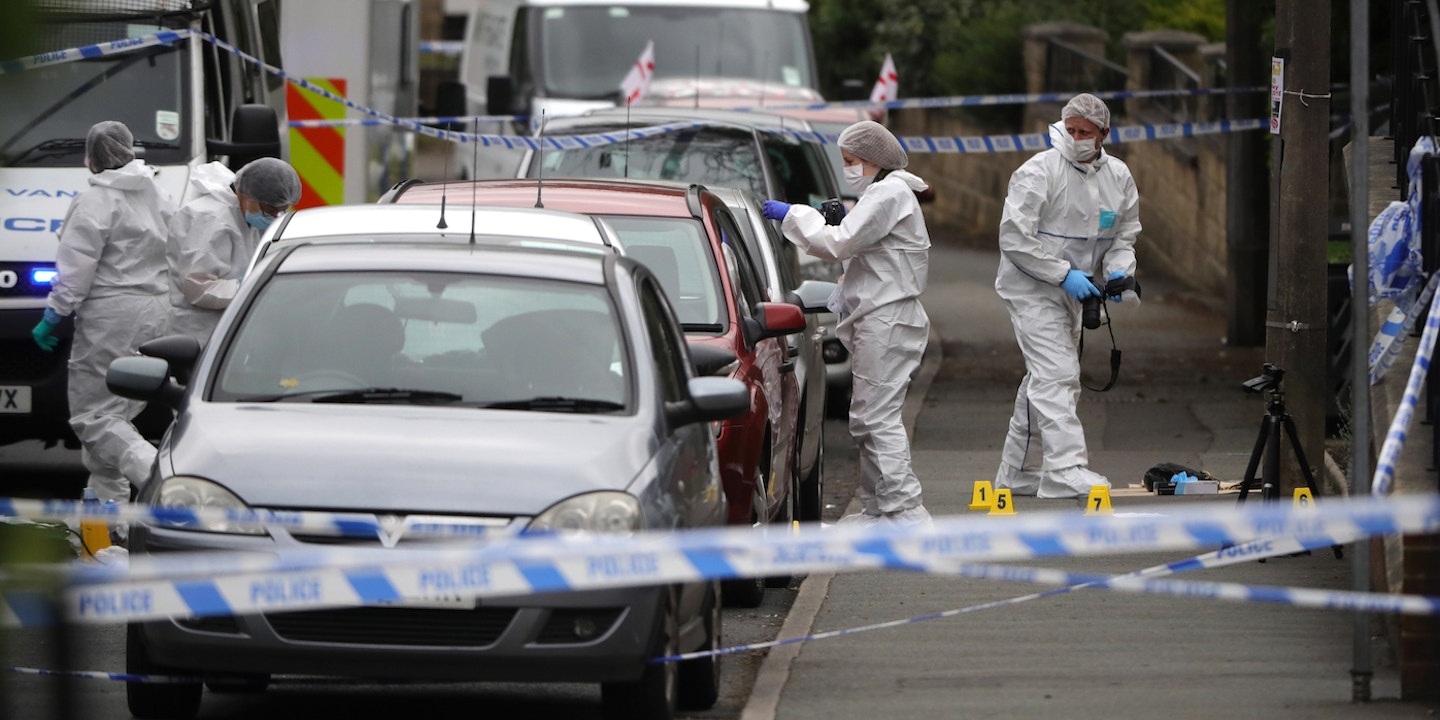 A British lawmaker was shot and killed on Thursday after meeting with constituents in the West Yorkshire district she represented in Parliament.

The member of Parliament, Jo Cox, 41, was a vocal supporter of the campaign for Britain to remain in the European Union, ahead of a referendum next week, and gave an impassioned speech about the benefits of immigration and diversity in her first remarks to the House of Commons after her election last year.

Immigration is a legitimate concern, but it’s not a good reason to leave the EU @yorkshirepost #Remain #StrongerInhttps://t.co/FSsu8ggZTn

After her death was confirmed, the referendum campaign was suspended by both sides and Cox’s husband shared a photograph of his wife on Twitter.

While the motive for the murder has yet to be determined, at least two witnesses told reporters that the man who shot and stabbed Cox repeatedly had shouted “Britain First!” That phrase is also the name of a far-right political party that has been campaigning for a British exit from the economic union.

The Telegraph reported that Clarke Rothwell, who witnessed the attack in the town of Birstall, said the man shot Cox three times — twice at close range after she had already fallen to the pavement — with what looked like a musket, and also stabbed her with a hunting knife.

Another witness, Graeme Howard, told the Guardian that he heard the man shouting the same slogan.

“I heard the shot and I ran outside and saw some ladies from the cafe running out with towels,” he said. “He was shouting, ‘Britain First!’ when he was doing it and being arrested.”

The acting chief constable of the West Yorkshire Police, Dee Collins, refused to confirm that the phrase had been uttered by the 52-year-old suspect in custody, but encouraged more witnesses to come forward.

Cox was closely associated with the Remain campaign, and had proudly shared images of her family taking part in a confrontation with Leave campaigners on the River Thames on Wednesday.

My hubby @MrBrendanCox & children taking part in the battle of the #Thames - because we're #StrongerIn #Remain pic.twitter.com/6JNMnQ4Zfg

So this is the moment the #VoteLeave lot started hosing my kids with river water. Nice friendly lot #floatilla pic.twitter.com/ExE2n16PnS

Taking note of the fact that the police are investigating witness reports that the killer shouted “Britain First!” the Guardian’s editors observed:

This is not merely a chauvinist taunt, but the name of a far-right political party, whose candidate for City Hall turned his back in disgust on Sadiq Khan at the count, in sectarian rage at a great cosmopolitan city’s decision to make a Muslim mayor. The thuggish outfit denounced Ms. Cox’s murder, as it was bound to do. But their brand of angry blame-mongering could very well serve to convince particular individuals, who may already be close to the edge, that some people are less than human, and thus fair game for attack. And all the more so at a time when divisive hate-mongering is seeping into the mainstream.

As the newspaper noted, when London elected its first Muslim mayor last month, the Britain First candidate made a show of turning his back as Sadiq Khan spoke.

The party’s name also suggests a commonality of ideology with Donald Trump, who has adopted the slogan “America First,” despite its fascist echoes. Another point of contact between the two movements on opposite sides of the Atlantic is undisguised anti-Muslim bigotry.

On Thursday afternoon, the leader of Britain First, Paul Golding, condemned the attack on Cox but seized on the account of a single witness who said that it looked to him as if she had not been the target of the gunman but had been shot after intervening in a confrontation between the man who shot her and another man who was also injured. That witness also claimed, incorrectly, that the witnesses who said they had heard “Britain First” being shouted by the killer had not been named.

“This attack on a public official cannot be viewed in isolation,” the Guardian columnist Polly Toynbee argued. “It occurs against a backdrop of an ugly public mood in which we have been told to despise the political class, to distrust those who serve, to dehumanise those with whom we do not readily identify.”

Before she was elected to Parliament, Cox worked for the British aid group Oxfam and then as an adviser to Sarah Brown, the wife of the former prime minister, Gordon Brown, on campaigns for women’s and children’s health.

Among the tributes to Cox posted on social networks after her death were several that noted her compassion for the suffering of Syrians living under bombardment or fleeing for their lives.

Horrified by the murder of #JoCox, a great advocate for the simple demand of Syrian refugees and civilians - to be protected

Our thoughts and prayers are with @Jo_Cox1 and her family. https://t.co/ubDnE0dGOv

So sorry for the friends and family of #JoCox, and the people she worked to serve. Strong words from her husband: pic.twitter.com/o7XE2Cfbqe

“And what rough beast , its hour come round at last,
Slouches towards Bethlehem to be born?"- Yeats#JoCoxpic.twitter.com/Pu8hNlNkwZ

Looking at images of the crime scene, the writer Bonnie Greer quoted from “The Second Coming,” a poem by W.B. Yeats that also includes the sobering observation: “The best lack all conviction, while the worst/ Are full of passionate intensity.”