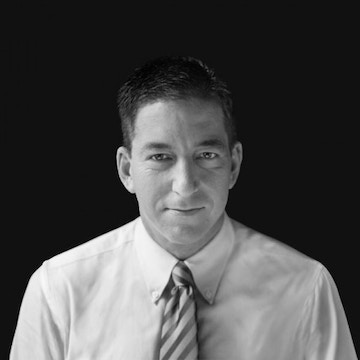 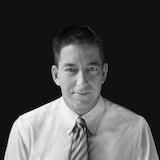 Jeff Barge
New York 1 minute ago
Do you know which group Donald Trump is now belittling? People with ear wax. At the latest campaign rally, Trump spotted a man out in the audience putting his finger in his ear and shaking his head back and forth to get all of the water out of his ear. Trump then did a short speech in which he mocked the man, and told his guards to escort the man out of the building. He is no longer able to travel on Donald Trump’s jet now and will have to fly commercial. This is all akin to those ads in which Trump is shown mimicking a disabled man. Now it’s descending to those with ear wax.

“It’s not my fault: I voted for Aécio” I do not know whether it is cause for laughter or for tears

Glenn. What a article!

IT’S COUP OR NOT COUP?

Here’s Caiado table with the values of loans from the Dilma government partners and confirmed by federal auditors:

* We have no money for hospitals, schools and infrastructure, but we have money (subsidized) to lend to dictators. Worse, without the consent of the Senate and House.

Fourteen facts giving rise to output Dilma Rousseff of the office of President of Brazil. It is proven through administrative acts, documents and widely disseminated in the media (not purchased by PT). Of the fourteen possible crimes: five are election (subject to the mandate of Cassation) and nine are RESPONSIBILITY (causes of impeachment).
* ELECTORAL CRIMES, according to the Electoral Code (Law 4,737 / 65) and the Election Law (Law 9,504 / 97)

1 – illicit fundraising (according to § 2 of the 30a of the Election Law article.) With R$ 7.5 million donation to the re-election campaign Dilma in 2014 of money from corruption (via Petrolão) by contractor UTC, as statement of its owner (Ricardo Pessoa) to Attorneys Operation Lava-Jato. This entire amount was received by Edinho PT (the treasurer of the party season) at the behest of Luciano Coutinho (President of BNDES);

2 – Political Abuse in the use of millions of Rousseff’s campaign matches in 2014 by the post office without the registration authority.
Note: The TCU in late March confirmed that there was electoral crime with the delivery of 4.8 million pamphlets from the President campaign last year in the State of São Paulo;

3 – Another crime of political abuse on loan “tit-of-here” of Northeast Bank for Itaipava brewery donated 17.5 million to Rousseff’s campaign in 2014 and twelve days later had a letter of guarantee
waived by the aforementioned bank, thus failing to pay 17 million per year for a total of eleven. Balance losses to the public purse 186 million, not counting the competent monetary restatement;

4 – money laundering Crime of R$ 22.9 million held by the financial committee of Dilma also in 2014 with the graphic ghost VTPB Ltda. owned by Beckembauer Rivelino Alencar, the journalist Kennedy Alencar brother. Note: the illegality here is clear (as well as the electoral crime of paragraph 1) see transcript ‘in verbis’ of § 2 of Article 30a of the Elections Law, “Proven capture or unlawful spending of resources for electoral purposes diploma will be denied to the applicant, or revoked, if already granted. ”
What’s more, the magazine ‘Isto É’ (from issue 16 to 22 May 2015), which brings tipoff details awarded to Ricardo Pessoa (owner of UTC), of the millions paid by PT to VTPB in Rousseff’s campaign 2014 came from Petrolão;

5 – Another money laundering of R$ 23.9 million paid by PT campaign in 2014 the company Focal Confection and Social Communication was appointed in 2005 by Marcos Valerio (Mensalão operator) as a recipient of scheme resources . Detail: this promoter ghost events served as a graphic ghost too, while between two to eight October 2014 made 22 (twenty two) payments of R$ 75 thousand reais to Mr. Edinho (as VTPB Ltda.) PT treasurer’s time for alleged sticker printing.

* LIABILITY OF CRIMES, under Articles 85 and 86 of the Constitution of Brazil:

6 – the President of negligence in not preventing the immeasurable corruption occurred in Petrobras through various contracts overpriced with large contractors. In addition, there was a direct participation of Dilma in the purchase of the Pasadena refinery (located in the US) only completed in 2012 with his approval as President of Brazil (where it also approved this acquisition in 2006 while living the Board of Petrobras Management ).
Note: according to what was found so far the PT stole the absurd Petrobras 300 million dollars; Moreover, his ex-President Graça Foster admitted in official balance this year that the state had a loss de88,6 billion reais due to corruption. What’s more, it was widely reported in the press that the kickback payments Petrolão continued taking place until today, even with the breakthrough of Lava-jet operation, all in full year 2016;

7 – Tax pedaling – Dilma illegally caught billionaires loans from public banks to cover the fiscal deficit, this crime occurs since the year 2011 and was intensified in the years 2013 and 2014, totaling 40 billion reais of illegality with public money.
Note: On 15/04/2015 the Minister José Múcio TCU said there was no doubt that the federal government incurred a tax liability of crime;

8 – Make the pension accounts – providing 2014 accounts Dilma did not record in the pension’s liabilities: 2.3 trillion reais, which corroborates the chance of the President have their 2014 accounts rejected by the Federal Court of Auditors.
Note: according to a statement from the Minister Augusto Nardes TCU on 29/12/2014: “the proposal this year was not to approve the accounts Dilma” .And reveals that the country does not return to grow between 3% and 4%, “not there are conditions to pay retirees “;

9 – billionaires secret loans from BNDES (US $ 6 billion already in Oct / 13, check in USD, in REAL +/- 21 billion) a true Latin American dictatorships (Cuba, Venezuela, Bolivia, etc.) or African ( Angola, Sudan, Gabon, etc.) carried out without the necessary approval of Congress.
Note: The offense here is very clear, because under Article 49 of the Constitution is competence and xclusiva National Congress decide about international acts which result in commitments that the
national heritage;

10 – In 2013, Dilma (again without consulting the National Congress) forgave debt twelve African countries which coincidentally began to receive [billionaires or millionaires loans from BNDES to carry out works with contractors investigated by the car wash operation (Petrolão).
In all, nearly 900 million dollars of public money forgiven;

11 – Jonathan David Taylor, the Dutch contractor SBM Offshore, denounced the CGU on August 27, 2014 (with extensive documentation) the payment of bribes of 31 million dollars from 2008 to 2011 to Petrobras. Dilma and its control body in total disregard to the heading of Article. 37 of the Constitution did not open any investigation or administrative procedure, only doing in November 2014 when Rousseff was already re-elected.
Note: Dilma’s campaign in 2010 pocketed $ 300,000 in kickbacks from SBM, as Peter Barusco complaint to Petrobras CPI;

12 – Marauding in 43 pension funds have already resulted in over 31 billion reais losses to the public purse – only the Federal Savings Bank, there was loss of 5.5 billion reais and its employees will suffer because they will have to pay the bill in twelve years. Already the Post Office servers (ECT) will have a room of their salaries discounted for fifteen years to cover the hole in the bottom Postalis (loss of 5.6 billion reais);

13 – Approval of tax fraud via PLN 36 – Dilma overspent in 2014 disrespecting so the LDO (Budgetary Guidelines Law) which in itself is a crime. To try to “fix” this illegality Dilma sent a bill (PLN 36), which unfortunately was approved by Congress on 10.12.2014, “making” legal what is illegal – all to eliminate the unfulfilled goal of surplus 2014. in other words, the LRF (Fiscal Responsibility Law) the union would have to save 1.9% of GDP in 2014, which was not done – on the contrary, produced a deficit (if spent more than raised).
Note: offense here is also very clear, because under Article 85 of the Constitution is responsible for crime violating the budget law;

14 – illegal debt of over 500 billion reais Treasury with BNDES, as recent denunciation of federal prosecutors. This crime violates the LRF and according to the MP was 2008 to 201 4, thus the government spent ad money from air single Treasury account – a kind of country emergency piggy bank – BNDES to finance the operations. Note two similarities with the crime above: is also clairvoyant and also violates Article 85 of the Constitution because it infringes the budget law.