Reaction to the Chilcot report was a reminder that Iraq matters to Americans and Britons mainly as a source of material for attacks on political opponents. 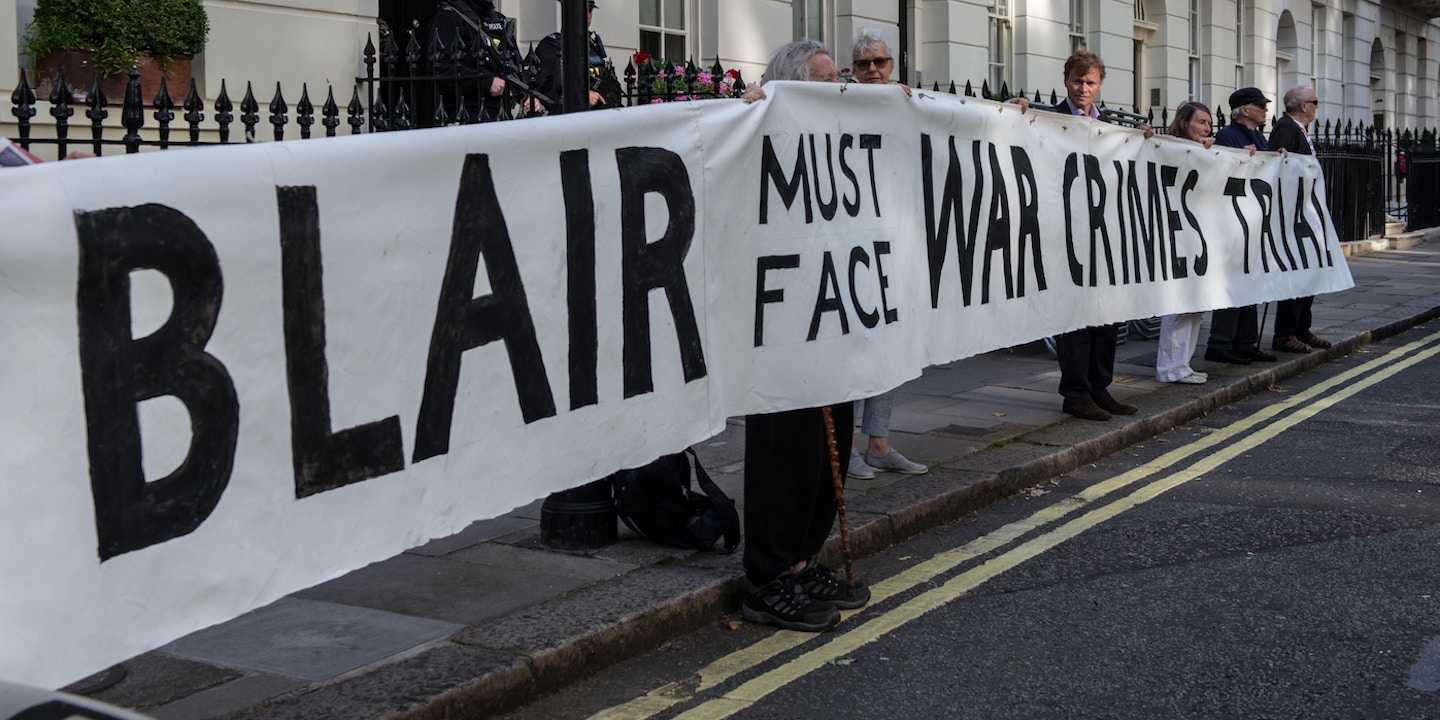 The bitter political debate over the 2003 Iraq War resumed once again on Wednesday in the United Kingdom and the United States, thanks to the release of a report on the British role in the invasion and occupation.

Parsing the report, prepared by a committee of Privy Counsellors chaired by Sir John Chilcot, will take time since it runs to 2.6 million words, but the reaction online has already begun. Partisans for and against the war are sifting through the text for new details that might support their original positions, a reminder that Iraq has only ever mattered to most Americans and Britons as material for attacks on their political opponents.

That becomes glaringly obvious when you compare the intensity and volume of commentary on the report to how relatively little was said about a suicide bombing in Baghdad on Sunday that killed more than 250 Iraqis.

One current of reaction to the report in Britain focused on what it revealed about the startling lack of planning for the post-war governance and rebuilding of Iraq. Angus Robertson, the leader of the Scottish National Party in the British Parliament, compared the lack of foresight displayed then to the current government’s failure to prepare for the British exit from the European Union before putting the matter up for a vote in last month’s referendum.

“When will the UK government start learning from the mistakes of the past, so we're not condemned to repeat them?" https://t.co/kHDQiMXk5b

One of the first former officials to defend the war, despite the deadly chaos it unleashed that has yet to be contained, was David Frum, George W. Bush’s speechwriter, whose claim to fame was coining two-thirds of the phrase “Axis of Evil.”

US-UK intervention offered Iraq a better future. Whatever West's mistakes: sectarian war was a choice Iraqis made for themselves.

Is this what you tell yourself when you look in the mirror every morning so you can forget about the corpses? https://t.co/2wUgkAOv0v

He was soon followed by an unrepentant Tony Blair, the former British prime minister whose private letters to George Bush released with the report revealed that he was involved in the plan to use the September 11 attacks as an excuse to topple Saddam Hussein as early as October 11, 2001.

When Blair appeared at a news conference to say that he still considered the decision to remove Saddam Hussein from power the right call, he was condemned by the relatives of British soldiers who were killed in the war and roundly heckled online.

Tony Blair, with look of Psycho's Norman Bates, says sorry for mistakes yet would do same again. Policy of Support America, Right Or Wrong.

Blair: we did not expect attacks from Al Qaida or Shia militia. But Chilcot says those warnings were made pre invasion

Listening to Blair, you would believe that the #Chilcot inquiry had just vindicated him. A man who edits life in real time.

Given that the British prime minister’s defenders argued that his decision to go along with the Bush administration’s war plans was justified by his supposed moderating influence, one of the conclusions from the inquiry was particularly damning. “Mr. Blair,” the panel’s chairman said at the report’s launch, “overestimated his ability to influence U.S. decisions on Iraq.”

Still, one of the documents released with the report, a letter from Blair to Bush on December 4, 2001, does contain a hint that things could have been even more disastrous. After suggesting military actions to take place in Iraq, the Philippines, Somalia, Yemen, and Indonesia, Blair turns to Syria and Iran. His advice here begins: “If toppling Saddam is a prime objective, it is far easier to do it with Syria and Iran in favor or acquiescing rather than hitting all three at once.”

Given how ruinous the destruction of Iraq alone has been, it is stunning to contemplate where the world might be now had that war also involved simultaneous attacks on Syria and Iran, something Blair’s note suggests was at least discussed in Washington at the time.

Perhaps the strangest revelation in the report is that Britain’s Secret Intelligence Service, known as MI6, passed on as credible information from an Iraqi source, said to have knowledge of chemical weapons production, who had described a device for carrying a nerve agent that was unknown to experts but sounded “remarkably similar to the fictional chemical weapon portrayed in the film The Rock.”

Luckily SIS "recognised" the "similarity" of their source's info to a scene in Sean Connery movie. Phew. #Chilcot pic.twitter.com/MdGEeucbhG

The report adds that the same source was caught lying to the intelligence service, a fact it did not reveal to officials before the war.

The response to the report in Britain also included a statement of apology for the war from the current leader of Blair’s Labour Party, Jeremy Corbyn, who was an outspoken opponent of the policy at the time.

This evening I apologised, on behalf of my party, for the disastrous decision to go to war in Iraq in March 2003.https://t.co/QvqsUeNiqq

Earlier in the day, when Corbyn addressed the report in the House of Commons, he reminded his fellow lawmakers that another senior member of the party at the time, Robin Cook, had predicted the fiasco on the eve of the invasion.

Corbyn: it would do us well to remember Robin Cook who stood here and said in a few hundred words what Chilcot said today in millions

Cook, who served as Blair’s foreign secretary before being demoted to a role as leader in the House of Commons, resigned from the government on March 17, 2003, in a dramatic speech. In it, he noted that “the prevailing mood of the British people” was against the invasion, given that United Nations inspectors had discovered no evidence of weapons of mass destruction in Iraq.

Cook died just over a year later, but his prescient warning was recalled by many of the war’s opponents on Wednesday.

In the United States, meanwhile, Donald Trump’s bizarre praise for Saddam Hussein — which he repeatedly voiced without much notice during the Republican primary campaign — put the Iraqi dictator at the center of the presidential election. Hillary Clinton’s campaign denounced Trump for his remarks.

The decision to invade Iraq promises to remain a feature of the campaign, since Clinton voted to authorize it, and Trump, who voiced support for it at the same time, has falsely claimed that he opposed it.

Lost in most of the heated back and forth on Wednesday was much input from Iraqis, at least 150,000 of whom were killed as a result of the war. Carne Ross, the Iraq expert in Britain’s delegation to the United Nations from 1997 to 2002, noted as much.

Most important thing about #Chilcot should be what's happened to Iraq and its people, less so the repetitive "debate" about pre-war lies

Karl Sharro, a Britain-based architect of Lebanese-Iraqi heritage, voiced some of that frustration.

It's possible to oppose the Iraq War without romanticising pre-03 Iraq & it's the invaders who ignored Iraqi agency https://t.co/L6LqjlPGnh

people think that Iraqis, after decades of sanctions and wars (backed by the West and its allies), should have become democrats overnight.

I can't even begin to describe the impact of the economic sanctions on destroying Iraqi society, paving the way for what was to come next.

Daniel Trilling, a British journalist who is writing a book about refugees in Europe, pointed out that some of the migrants in the U.K. whose presence so upsets English nationalists are only there because of the invasion of Iraq.

Thinking about an Iraqi family I know who opposed Saddam, opposed the invasion but tried to work with the occupiers to rebuild their country

They are now in Britain. This is what the mother said to me the last time I met her: