Virginia Sen. Tim Kaine, a leading candidate for the Democratic nominee for vice president, has spent this week signaling to the financial industry that he’ll go to bat for them. 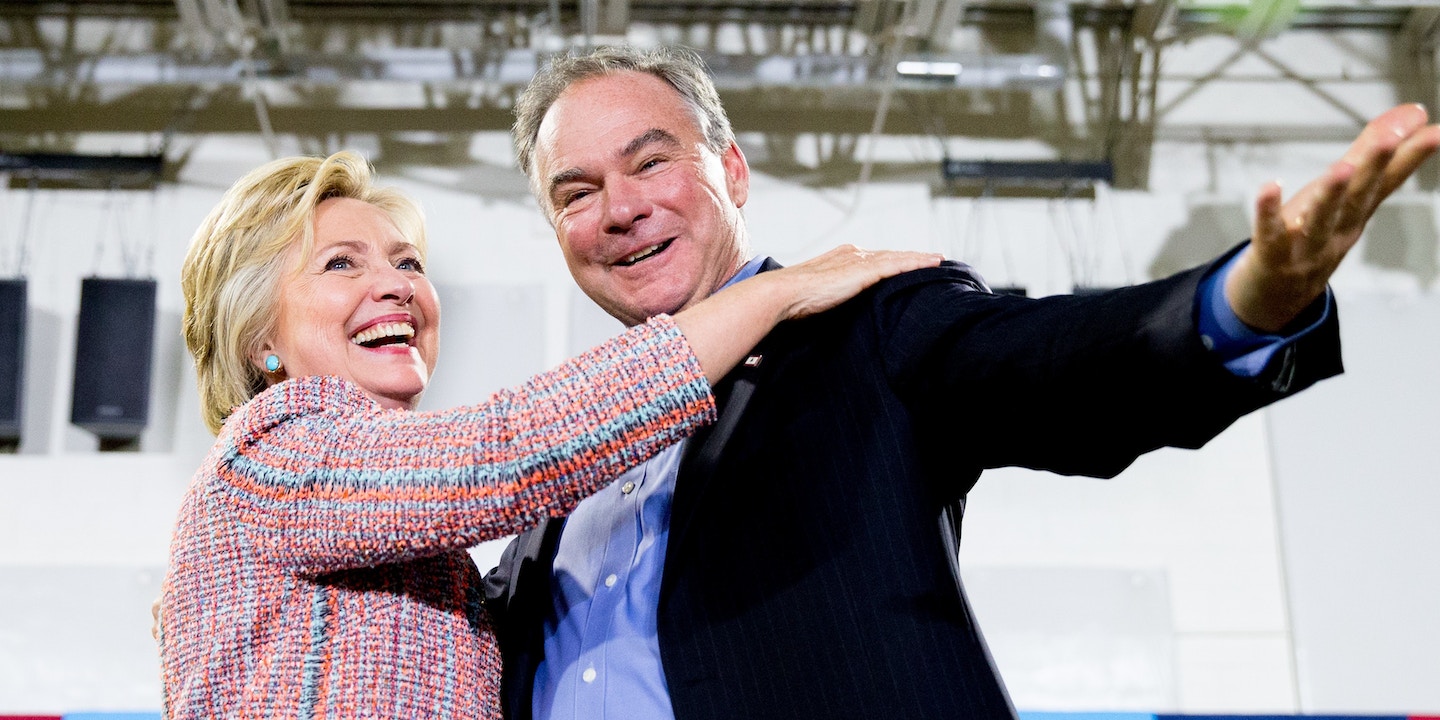 Virginia Sen. Tim Kaine, considered a leading contender for the Democratic vice presidential nomination, has spent this week signaling to the financial industry that he’ll go to bat for them.

On Monday, Kaine signed onto two letters, one to federal banking regulators and the other to the Consumer Financial Protection Bureau, urging them to loosen regulations on certain financial players. The timing of the letters, sent while Kaine is being vetted for the top of the ticket, could show potential financial industry donors that he is willing to serve as an ally on their regulatory issues.

In the letters, Kaine is offering to support community banks, credit unions, and even large regional banks. While separate from the Wall Street mega-banks like JPMorgan Chase and Bank of America, these financial institutions often partner with the larger industry to fight regulations and can be hostile to government efforts to safeguard the public, especially if it crimps their profits.

They also represent a key source of donor funds, one that has trended away from Democrats. The Independent Community Bankers of America have given 74 percent of their $873,949 in donations this cycle to Republicans, according to the Center for Responsive Politics. Regional banks like PNC Financial Services, SunTrust Bank, and First Republic Bank, have given even higher percentages to the Republicans.

Presumptive Democratic nominee Hillary Clinton is expected to announce her vice presidential pick on Friday. Kaine, if selected, could now help woo fundraising dollars away from Republicans, because he’s able to point to his support for financial industry causes. The letters also show Hillary Clinton’s campaign how Kaine could be an asset with banking interests on the fundraising trail.

The letter to the Consumer Financial Protection Bureau, signed by a bipartisan coalition of 16 Democrats and every Republican senator, asked that the consumer agency “carefully tailor its regulations” to exempt community banks and credit unions. It posits these smaller banks as “essential to spurring economic growth and prosperity at a local level.”

While this seems benign, tailoring rules that exempt large classes of financial institutions leaves consumers vulnerable to deceptive practices. A rule of this type could allow community banks and credit unions to sell high-risk mortgages or personal loans without the disclosure and ability to pay rules in place across the industry.

The fact that the entire Republican caucus, from Ted Cruz and Mike Lee to Mitch McConnell, supports this idea suggests that it’s not necessarily a bipartisan measure but a Republican desire that a few Democrats agree with. Kaine counts himself among those Democrats.

The second letter, sent to the heads of the Federal Reserve, the Federal Deposit Insurance Corporation, and the Office of the Comptroller of the Currency, seeks to protect an even bigger subset of banks, the large regional institutions like PNC and SunTrust. Kaine and three Democratic colleagues want regulators to change certain rules so they don’t apply to these regional banks.

Some regional banks have become so large that they may reach a threshold triggering daily reporting requirements under the liquidity coverage ratio rule, which requires qualifying banks to hold enough assets to cover a 30-day period of financial stress. Kaine and his colleagues argue that would “impose significant burdens on the firms” and want the regulators to alter that threshold and exempt all regional banks, regardless of size.

Next, Kaine and his fellow senators want to eliminate so-called “advanced approaches” capital requirements — which governs the ratio of reserves banks must carry to cover potential losses — for regional banks, even if they have over $250 billion in assets. The rule “captures many regional banks that do not share the same risk profile or complexity as their larger, systemically important brethren,” the senators write.

In fact, regional banks with over $50 billion in assets like PNC, BB&T, SunTrust, and Regions Financial, are among the 33 subject to annual stress tests by the Federal Reserve. In an interconnected financial system, a large regional bank that gets into trouble has as much chance of creating ripple effects as a mega-bank. It’s unclear why they should be exempted from regulations deemed appropriate for all facets of the financial sector.

While Kaine has focused on protecting banks this week, he has apparently been less concerned for consumers. He was one of 13 Democrats who did not sign onto a separate letter authored by Senate Banking Committee Chairperson Sherrod Brown, supporting a strengthening of new rules for payday lenders, so borrowers don’t continue to get trapped in a vortex of debt.