Abu Bakr al-Baghdadi’s presence at the prison in Iraq provides another possible key to the enigmatic leader’s biography and may shed new light on the role U.S. detention facilities played in the rise of the Islamic State. 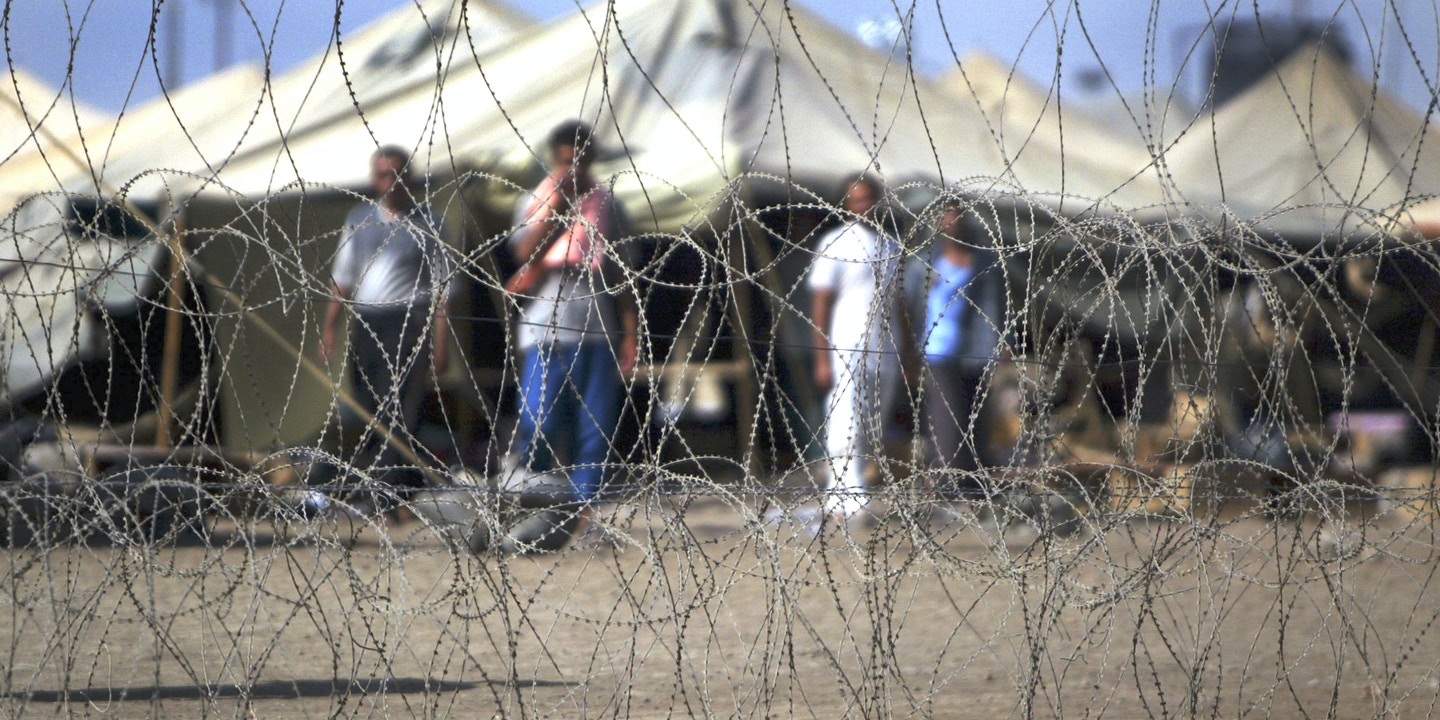 In February 2004, U.S. troops brought a man named Ibrahim Awad Ibrahim al-Badry to Abu Ghraib in Iraq and assigned him serial number US9IZ-157911CI. The prison was about to become international news, but the prisoner would remain largely unknown for the next decade.

At the time the man was brought in, Maj. Gen. Antonio Taguba was finalizing his report on allegations of abuse at Abu Ghraib’s Hard Site — a prison building used to house detainees singled out for their alleged violence or their perceived intelligence value. Just weeks later, the first pictures of detainee abuse were published on CBS News and in the New Yorker.

Today, detainee US9IZ-157911CI is better known as Abu Bakr al-Baghdadi, the leader of the Islamic State. His presence at Abu Ghraib, a fact not previously made public, provides yet another possible key to the enigmatic leader’s biography and may shed new light on the role U.S. detention facilities played in the rise of the Islamic State.

Baghdadi’s detainee records don’t mention Abu Ghraib by name. But the internment serial number that U.S. forces issued when they processed him came from the infamous prison, according to Army spokesperson Troy A. Rolan Sr. The details of Baghdadi’s biography have always been murky, and his time in U.S. custody is no exception. In June 2014, the Daily Beast reported that the United States held Baghdadi at Camp Bucca from 2005 to 2009, citing Army Col. Kenneth King, the camp’s former commanding officer. However, King backtracked after U.S. officials told ABC News that Baghdadi was out of U.S. custody by 2006.

Days later, the Pentagon confirmed that Baghdadi was only in U.S. custody for 10 months, from February to December 2004. The Department of Defense told the fact-checking website PunditFact in a statement that Baghdadi was held at Camp Bucca. “A Combined Review and Release Board recommended ‘unconditional release’ of this detainee and he was released from U.S. custody shortly thereafter. We have no record of him being held at any other time.”

In February 2015, the Army released Baghdadi’s detainee records to Business Insider, in response to a records request. They showed that coalition forces first captured Baghdadi on February 4, 2004, in Fallujah, Iraq, and held him at Camp Bucca. But a line on one of the documents also suggested that Baghdadi had been transferred to Bucca after being held elsewhere — a detail that was not widely reported.

It turns out that Baghdadi was held at Abu Ghraib, just a stone’s throw from where he was captured in Fallujah, for eight of the 10 months that he was in detention. He was only transferred to Camp Bucca, some 400 miles south of Baghdad, on October 13 — less than two months before his release on December 9.

In the occupation’s first few years, U.S. facilities like Abu Ghraib and Camp Bucca developed a reputation as “jihadi universities” where hard-line extremists indoctrinated and recruited less radical inmates. Analysts have long suspected that Baghdadi took full advantage of his time at Bucca to link up with the jihadis and former Iraqi military officials who would later fill out the Islamic State’s leadership.

In November 2014, the Soufan Group, a private intelligence firm, published a list of nine Islamic State leaders it said had been detained at Camp Bucca. The list included Baghdadi and Hajji Bakr, a former Iraqi military official who became head of the Islamic State’s military council and is widely reported to have spent time in Bucca.

However, when The Intercept requested their detainee files, the Army Corrections Command said it could not find records that any of the men besides Baghdadi were ever in U.S. custody. Richard Barrett, a senior adviser at the Soufan Group who authored the 2014 report, declined to share the source for his information about Camp Bucca but said that at the time the report was drafted, the U.S. government never denied holding the senior leaders.

“It may be that the Army Corrections Command were not very clear who they held, as numbers were large and the ability to check identities fairly limited,” Barrett said in an email. “Whatever the facts, it is clear that ex-Baathists and other opponents of the U.S. invasion of Iraq were able to make contact and develop plans.” 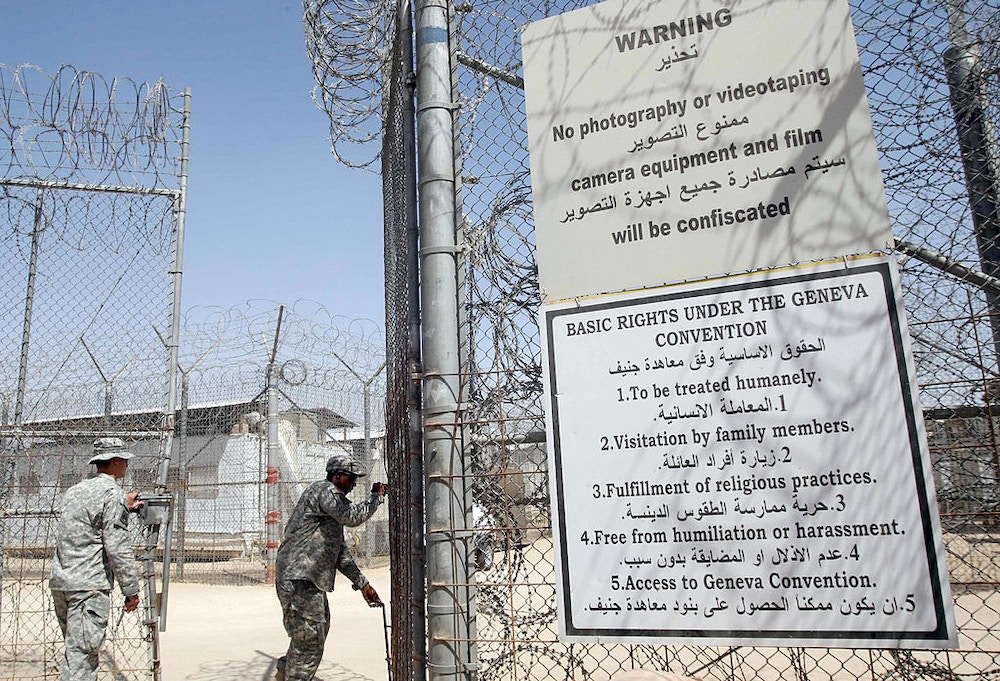 There is also still some confusion about where and when Baghdadi was held. The timeline in Army records puts him at either Abu Ghraib or Camp Bucca for his entire 10-month detention. However, one document also mentions the Camp Adder Holding Facility — a possible reference to a former U.S. military base in southern Iraq. The Army denies that Baghdadi was ever held in that facility.

“There is no record of an external transfer to a Camp Adder,” Rolan, the Army spokesperson, wrote over email. “The Camp Adder reference likely refers to an internal movement within Abu Ghraib.”

It’s impossible to know what effect Baghdadi’s detention at Abu Ghraib had on his trajectory.

In late April 2004, while Baghdadi was held at the facility, CBS News published photos that showed U.S. soldiers smiling next to piles of naked prisoners and a hooded detainee standing on a narrow box with electrical wires attached to his outstretched hands. An independent panel appointed by then-Secretary of Defense Donald Rumsfeld called the abuse “acts of brutality and purposeless sadism.”

Officials blamed the photos on a few bad apples. But some U.S. interrogators in Iraq continued to use abusive techniques like stress positions after the photos were taken, according to Eric Fair, who has written a memoir about the time he spent as a civilian interrogator with the defense contractor CACI International at Abu Ghraib and in Fallujah in early 2004.

Fair does not believe that Baghdadi’s time in Abu Ghraib and Camp Bucca was a defining moment in the rise of the Islamic State. But, he says, the conditions inside U.S. detention facilities and the policy, early in the war, of housing extremists and former Iraqi military officials side by side contributed to the chaos that has engulfed Iraq and Syria.

“It’s the perfect playbook for how not to deconstruct an insurgency,” Fair said. 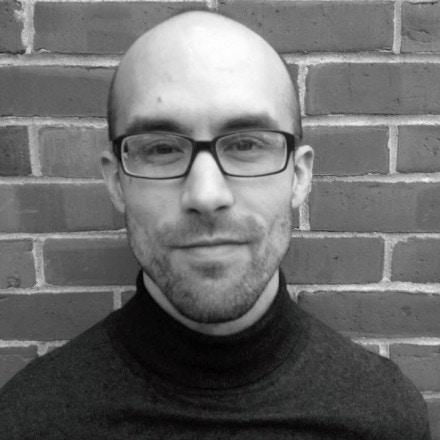