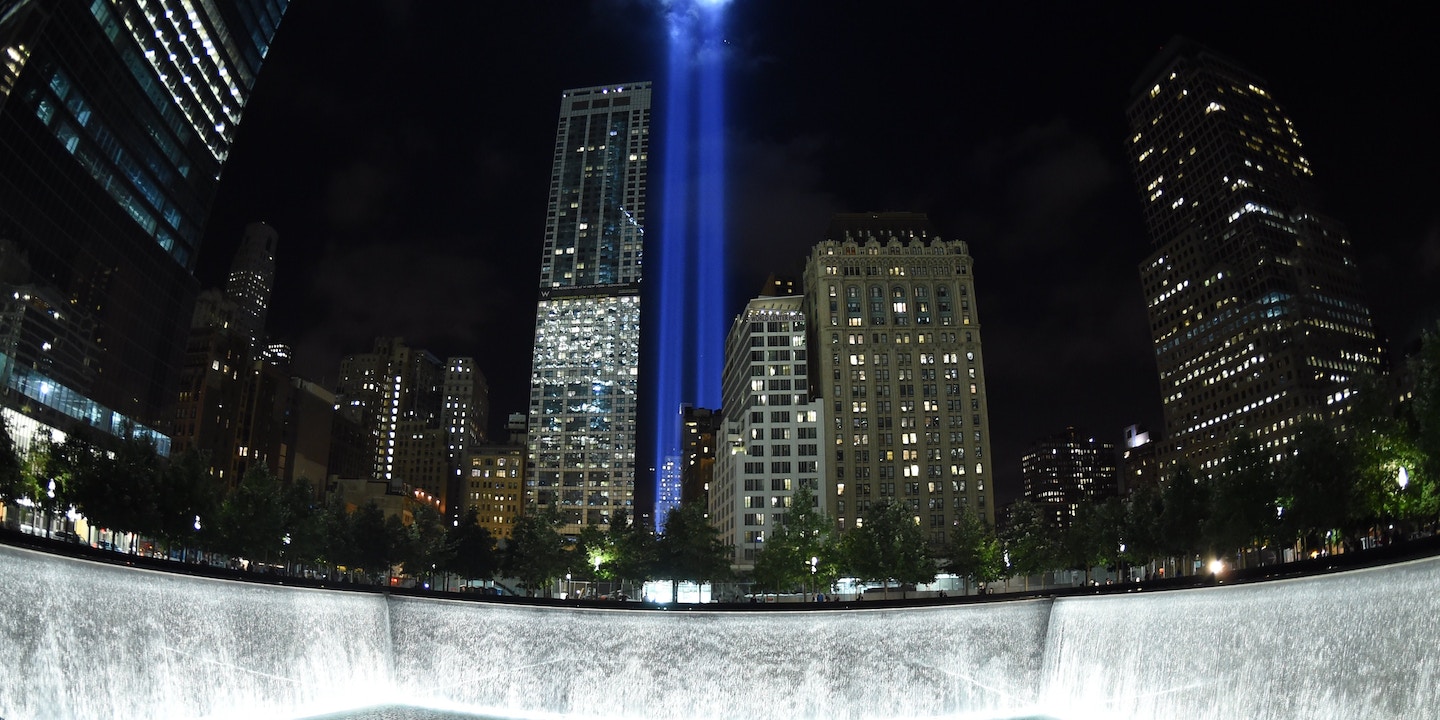 In the days after the September 11, 2001, terrorist attacks, when Congress voted to authorize military force against the people who “planned, authorized, committed, or aided” the hijackings, few Americans could have imagined the resulting manhunt would span from West Africa all the way to the Philippines, and would outlast two two-term presidents.

Today, U.S. military engagement in the Middle East looks increasingly permanent. Despite the White House having formally ended the wars in Iraq and Afghanistan, thousands of U.S. troops and contractors remain in both countries. The U.S. is dropping bombs on Iraq and Syria faster than it can make them, and according to the Pentagon, its bombing campaign in Libya has “no end point at this particular moment.” The U.S. is also helping Saudi Arabia wage war in Yemen, in addition to conducting occasional airstrikes in Yemen and Somalia.

Fifteen years after the September 11 attacks, it looks like the war on terror is still in its opening act.

The drawdown of U.S. forces in Iraq and Afghanistan only revealed how little war has achieved and how much damage it has inflicted. In Afghanistan, the Taliban now holds more territory than it has at any point since 2001. One poll from 2016 found that more than 90 percent of young people in Iraq now consider the United States an “enemy” of their country.

The Islamic State, which was largely created by the U.S. invasion of Iraq, controls vast swaths of territory in Iraq, Syria, and Libya, and has demonstrated an emboldened capability to orchestrate attacks in Europe. In June, CIA Director John Brennan told Congress that “despite all our progress against ISIL on the battlefield and in the financial realm, our efforts have not reduced the group’s terrorism capability and global reach.”

Al Qaeda, the original enemy, today controls territory in Yemen and Somalia, but it is no longer considered a priority. In the span of one year, for example, the U.S.-backed war in Yemen quadrupled the size of al Qaeda in the Arabian Peninsula — the terror group’s most dangerous offshoot. The CIA has continued to arm Syrian rebels, despite the fact that those weapons have found their way to a former al Qaeda affiliate. Retired Gen. David Petraeus, formerly the commander of U.S. forces in Iraq and Afghanistan, actually suggested arming al Qaeda directly to help fight ISIS.

The U.S. lost nearly 2,300 service members in Afghanistan, and nearly 4,500 in Iraq. Hundreds of thousands were forever damaged. Those figures do not include at least 6,900 U.S. contractors and at least 43,000 Afghan and Iraqi troops who lost their lives.

The death toll in the countries the U.S. attacked remains untallied, but conservative estimates range from the hundreds of thousands to well over a million. Add to that the hundreds of people tortured in U.S. custody, and thousands killed by U.S. drones in Yemen, Pakistan, and Somalia.

The financial cost of the war on terror is incalculable. The Iraq and Afghan wars, including the medical costs for veterans, are estimated to end up costing the U.S. at least $4 trillion dollars. Intelligence budgets have doubled, on top of more than $800 billion spent on “homeland security.”

Billions of dollars have been wasted on fruitless projects — like a failed plan to install radiation detectors at airports, which cost the government $230 million. The Department of Homeland Security wasted $1.1 billion on a “virtual fence” of sensors along the Mexican border before scrapping the program. The examples go on and on. The CIA paid one contractor $20 million to build a program that could discover encoded terrorist messages in Al Jazeera news broadcasts. Just last year, the Pentagon spent $43 million on one gas station in Afghanistan. Two contract psychologists were paid $80 million for designing the CIA’s torture program.

After 15 years, the only winners in the war on terror have been the contractors.

At home, the war on terror has become a constitutional nightmare. The U.S. has adopted a practice of indefinitely detaining terror suspects. Police departments across the country secretly import military-grade spy equipment. Courts have ruled that families cannot sue to get their children off government kill lists. NSA whistleblower Edward Snowden revealed that the U.S. has become the largest surveillance state in history.

In the 2016 presidential campaigns, torture has become one party’s applause line, in no small part due to President Obama’s failure to prosecute the architects of the Bush-era torture program.

Bombing multiple countries in the Middle East has become business as usual, and often goes unreported. On August 1, for example, the day the Obama administration announced a new bombing campaign against ISIS in Libya, American journalists were far more occupied with post-convention election polls than they were with the new war.

All of this foreshadows a war that could stretch 10, 20, or 50 more years. As the U.S. shifts its strategy toward bombing and away from ground troops, media engagement with the wars diminishes, and it is all too easy to forget about our permanent state of war. But the victims of U.S. violence are unlikely to forget, creating a potentially endless supply of new enemies.

Top photo: The Tribute in Light illuminates the sky behind the 9/11 Memorial on September 10, 2014.