James Woolsey, who left the CIA in 1995, went on to become one of Washington’s most outspoken promoters of U.S. war in Iraq and the Middle East. 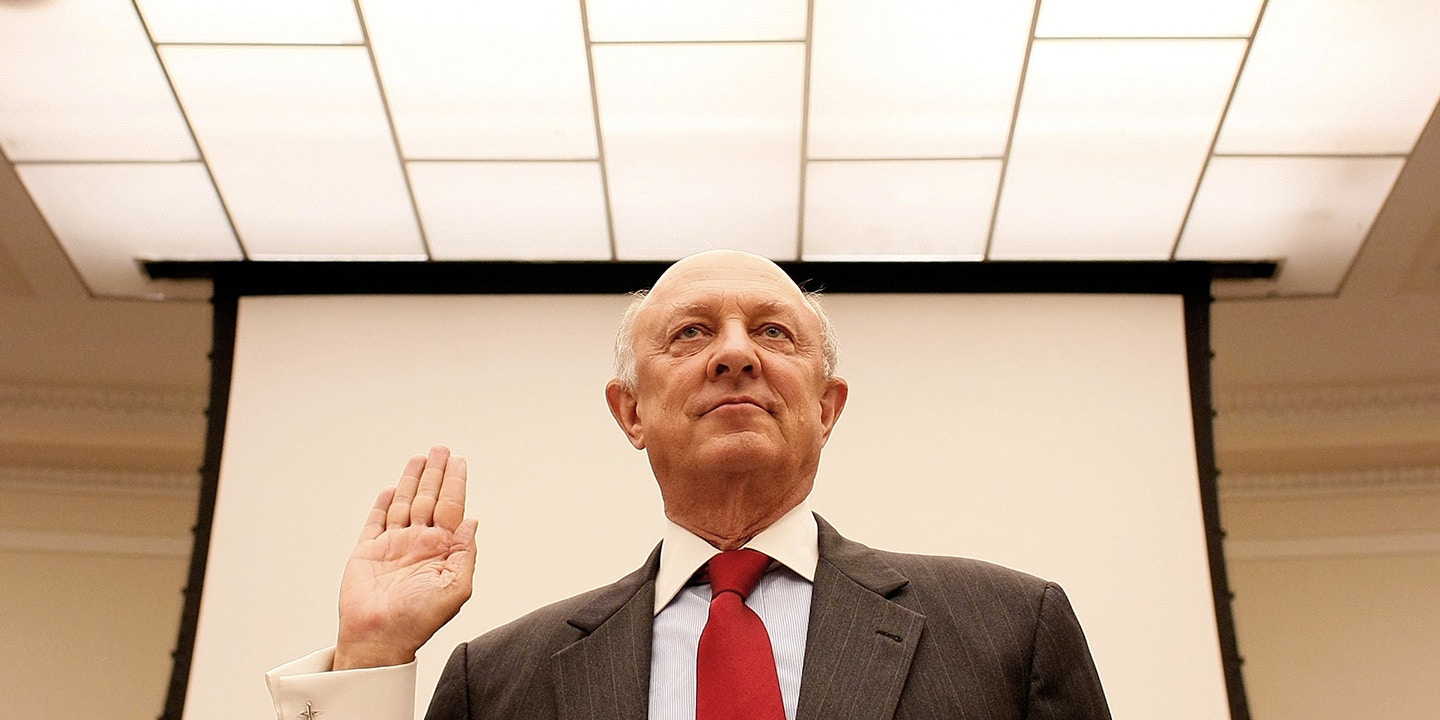 Donald Trump named former CIA director and extremist neoconservative James Woolsey his senior adviser on national security issues on Monday. Woolsey, who left the CIA in 1995, went on to become one of Washington’s most outspoken promoters of U.S. war in Iraq and the Middle East.

As such, Woolsey’s selection either clashes with Trump’s noninterventionist rhetoric — or represents a pivot towards a more muscular, neoconservative approach to resolving international conflicts.

Trump has called the Iraq War “a disaster.”

Woolsey, by contrast, was a key member of the Project for the New American Century — a neoconservative think tank largely founded to encourage a second war with Iraq. Woolsey signed a letter in 1998 calling on Clinton to depose Saddam Hussein and only hours after the 9/11 attacks appeared on CNN and blamed the attacks on Iraq. Woolsey has continued to insist on such a connection despite the complete lack of evidence to support his argument. He also blames Iran.

Weeks before the invasion of Iraq, Woolsey called for broader war in the Middle East, saying “World War IV” was already underway.

Woolsey has also put himself in a position to profit from the wars he has promoted. He has served as vice president of Pentagon contracting giant Booz Allen, and as chairman of Paladin Capital Group, a private equity fund that invests in national security and cybersecurity.

He chairs the leadership council at the Foundation for the Defense of Democracies, a hawkish national security nonprofit, and is a venture partner with Lux Capital Management, which invests in emerging technologies like drones, satellite imaging, and artificial intelligence.

Woolsey went on CNN on Monday and said that he was principally motivated to support Trump because of his plans to expand U.S. military spending.

Trump gave a speech last week in which he proposed dramatic expansions of the Army and Marines, and hundred-billion-dollar weapons systems for the Navy and Air Force. He offered no justification — aside from citing a few officials who claimed they wanted more firepower.

“I think the problem is her budget,” Woolsey said of Trump’s opponent, Hillary Clinton. “She is spending so much money on domestic programs — including ones that we don’t even have now, and the ones we have now are underfunded — I think there can be very little room for the improvements in defense and intelligence that have to be made.”

Woolsey has previously called for NSA whistleblower Edward Snowden to be “hanged by the neck until he’s dead, rather than merely electrocuted.”

In the past, Woolsey has publicly disagreed with Trump on a number of national security issues — including Trump’s plan to ban Muslim immigration. On Monday, Woolsey told CNN that such a plan would raise First Amendment issues, but that he supported a temporary immigration block from certain Muslim countries.

Thus far, at least, most prominent war hawks have found they had more in common with Clinton than Trump. “I would say all Republican foreign policy professionals are anti-Trump,” leading neoconservative Robert Kagan told a group in July.