After a stock analyst lost $1 million on one penny stock, he set off to find out how — and soon discovered signs of a far bigger scheme than he had ever imagined.

This was back in 2006. DiIorio, who was 39 at the time, had recently moved with his new wife from Boston to Castle Pines, Colorado, a leafy suburb of Denver, and was toiling in finance as a market researcher, analyzing the financial statements of public companies and giving recommendations to portfolio managers.

He had previously worked on Wall Street as an institutional equity trader and research analyst for a subsidiary of the now-defunct investment bank Donaldson, Lufkin, and Jenrette. He had 13 years experience executing massive trades for large mutual fund clients like Fidelity and Putnam. 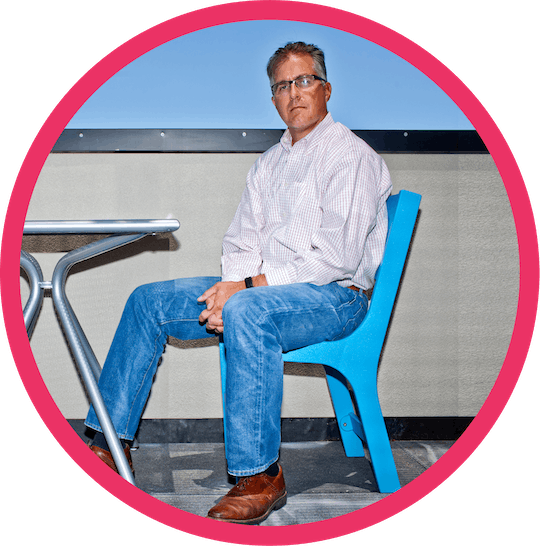 But in his new life, DiIorio happened upon a technology company called E Mobile (symbol: EMTK), a small computer chipmaker that claimed to hold patents on an antenna-type Wi-Fi router and other products. He reviewed company press releases, as well as investor chatter online claiming that E Mobile’s chips were provoking interest from Chinese content companies.

E Mobile didn’t trade on the New York Stock Exchange or Nasdaq, however. It was an over-the-counter stock, traded on an electronic exchange called the Pink Sheets that is home to what are commonly called “penny stocks.”

A penny stock is actually any equity that trades for $5 a share or less. But many shares can be had for a literal penny, or even a fraction of one. They are purchased on the Pink Sheets and the over-the-counter Bulletin Board market, through your regular brokerage account. Not every penny stock is suspect; some are simply startup companies working their way to larger exchanges. But they do lurk on the dark edges of the financial markets, with sudden volumes and massive volatility. Regulation and reporting vary from light to nonexistent.

“They don’t have the same standards,” said Joseph Borg, director of the Alabama Securities Commission, who achieved fame by investigating Jordan “The Wolf of Wall Street” Belfort’s company Stratton Oakmont for penny stock fraud in the 1990s. “Willie Sutton said he robbed banks because that’s where the money is. This is the easiest place to manipulate something.”

The Pink Sheets’ own website warns that it “offers trading in a wide spectrum of securities” and that “With no minimum financial standards, this market includes foreign companies that limit their disclosure, penny stocks and shells, as well as distressed, delinquent, and dark companies not willing or able to provide adequate information to investors. As Pink requires the least in terms of company disclosure, investors are strongly advised to proceed with caution and thoroughly research companies before making any investment decisions.”

But DiIorio didn’t know that at the time.

On Wall Street, he had executed multimillion share trades, usually of blue chip companies that make up the Dow Jones Industrial Average, like IBM or General Electric.

“I had never invested in a penny stock before,” DiIorio said. “I was not super sophisticated in this world.” But he decided to take a flyer on E Mobile, based on its promising news. “I bought this company on hype.”

Between February and May 2005, DiIorio bought over 3.7 million shares of E Mobile, mostly through his rollover IRA account with TD Ameritrade. The total cost: $100,000, or a little over 3 cents a share. It was a big position, but this was retirement money he was trying to grow, and if it paid off, the payday would be tremendous.

E Mobile bounced around for a year, not doing much. The CEO, Nan Hu, personally called DiIorio, asking him to invest more through a “private placement”: an off-market offering of stock to select investors.

DiIorio declined. “I was already up to my eyeballs. I said, ‘I’m good with my position.’” Attempts to reach Hu for comment were unsuccessful.

Then, in March 2006, E Mobile announced a “reverse merger” with Best Rate Travel, a private company specializing in online vacation booking. Adrian Stone replaced Hu as CEO. To DiIorio, it was a puzzling maneuver for a chipmaker. “They announced a merger with a travel company?” he said. “What the fuck?”

As part of the merger, E Mobile changed its name to Best Rate Travel, altered its stock ticker symbol to BTVL, and did a 1-1,000 “reverse stock split.”

You’ve probably heard of a stock split; it can happen when a company’s share price gets unmanageably high. So when a stock hits, say, $200, investors who owned one share receive two, each priced at $100.

As a major shareholder, DiIorio was offered a slightly better deal: a conversion to preferred shares of E Mobile at a lower reverse split rate of 1-to-30, and then a conversion at 3-to-1 to Best Rate Travel. After all that, he was left with 373,599 BTVL shares.

The merger hype, repeated in a feedback loop of positive press releases, moved the stock. DiIorio recalls it peaking at $3.50 by September 2006, giving his holdings a value of around $1.3 million.

“I thought this was the exception to everything I knew about the markets,” DiIorio said. “Cheap stocks are cheap for a reason.” But the success fed DiIorio’s ego. He felt like he beat the odds, vindicating his stock-picking acumen.

There was a problem, however. Best Rate Travel structured the conversion with a “lock-up” agreement, restricting shareholders like DiIorio from selling the stock for a year. This is common for newly public companies.

But it left DiIorio helpless when the stock plummeted from $3.50 to $0.06 a share within two months.

DiIorio initially saw it as a classic “pump-and-dump” scheme, where major investors in a company lure in other investors with overhyped claims, raising the stock price, and then sell their shares, leading to a drop. Pump-and-dumps have proliferated with the rise of internet message boards. “It’s not just promoters calling you on the phone anymore,” said Laura Posner, bureau chief of the New Jersey Bureau of Securities. “People pretend to be other people, pretend to have inside information.”

But to DiIorio, BTVL’s drop didn’t make sense, because prior shareholders were prohibited from trading the stock. “I called the CEO regularly and said: ‘Who’s selling the stock? How is this happening? The stock is not for sale.’ He told me that he was locked up too.” Phone numbers and email addresses listed for CEO Adrian Stone no longer function, so he could not be reached for comment.

By the end, DiIorio took a loss from the peak stock value of well over $1 million. “I never saw such devastation in a stock before,” he said. In a pump-and-dump scheme, investors buy a stock, hype it to pump up its value, then dump it before it crashes back down.

DiIorio prided himself on being a savvy trader.

And the implosion of Best Rate Travel, given the lock-up period, shouldn’t have occurred. DiIorio wanted to understand what really happened to crush his investment so completely. And he had the background in financial market analysis to see it through.

He thought these were very big names to be involved in such an obscure penny stock.

Something fishy was going on, but DiIorio had no idea what. “I just thought, what the hell, I’m going to figure this out.”