Lost in the rush to praise Peres were the voices of Arabs such as the Palestinians who lived under the Israeli occupation he expanded or the Lebanese who survived the massacre his military perpetrated. 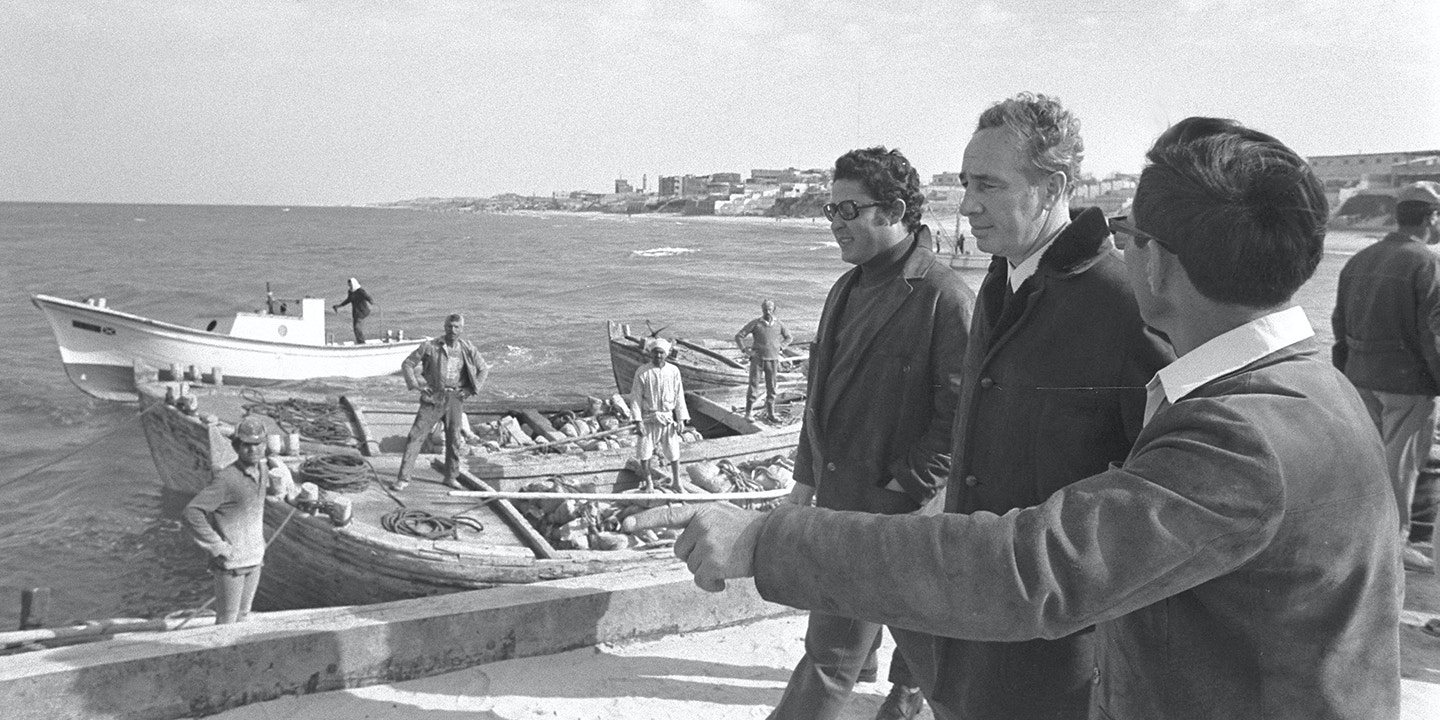 Lost in the rush to praise Peres were the voices of Arabs such as the Palestinians who lived under the Israeli occupation he expanded, the Lebanese civilians who survived the massacre his military perpetrated, or the Arab representatives in Israel’s Knesset who boycotted his funeral over his support for policies that suppress the Palestinian population.

The New York Times, for example, ran zero op-eds by Arab writers reacting to Peres’s death. It did, however, feature op-eds by one Israeli columnist prior to Peres’s death and one Israeli politician following it. Its own columnists turned exclusively to Israeli sources, with Thomas Friedman quoting an Israeli CEO praising Peres and Roger Cohen citing a former Israeli ambassador.

In its news reporting, the Times was barely more balanced. In numerous articles and profiles, a Palestinian critical of Peres was interviewed once: a Hamas spokesman blamed him for being one of the “founding leaders of the occupation.” Peres’s role in a massacre in Lebanon is only briefly mentioned, and no Lebanese people are interviewed. The least one-sided piece the Times produced was an online video featuring reactions to Peres’s death. In that video, seven Israelis praising Peres are interviewed, including the current Prime Minister and President. Toward the end, three Palestinians on street corners are interviewed. All condemn Peres for his role in furthering the occupation.

The Washington Post published one op-ed about Peres, authored by a former member of his cabinet who gushed that the late leader was an “Israeli patriot who believed in peace.” Its obituary of Peres called him a “man best known internationally for promoting peace” and made only passing mention to his militarism in Lebanon. The editorial board deemed him a “lion, he last of the founding generation of leaders” and cited a biography of him where a friend compared him to Winston Churchill. One exception in the paper’s coverage was an article looking exclusively at Arab media’s largely negative reaction to Peres’s legacy.

The Wall Street Journal published an editorial by the former editor of the Jerusalem Post that called Peres a “mensch.” The Journal’s obituary remembered his “tireless efforts to forge peace” as well as “a man dedicated to Israel’s security.” In one of the most positive reflections on his legacy, the Journal ran a video piece that called Peres a “social media star.” Another story listed the world leaders who have offered tribute, like Barack Obama, who said “Shimon never gave up on the possibility of peace,” and Bill Clinton, who called Peres a “genius” with a “big heart.” It did quote former Jordanian politician Tarek Khoury, who called Peres a “criminal Jewish Zionist terrorist.”

The Associated Press called him a “visionary” and “one of the country’s most admired leaders.” Reuters described him as “known for his energy and enthusiasm.” USA Today interviewed several Israelis who reflected on Peres’s legacy, but no Palestinians.

At NPR, ambassador and former Obama Middle East advisor Dennis Ross credited Peres with building Israel’s Defense Ministry, adding that there is a “genuine outpouring of affection for [Peres].” On Morning Edition, Thomas Friedman said, “you could have a really intelligent conversation with him about any subject.” Another piece interviewed two Palestinians — “nobody likes Peres,” one said — but it focused on his message of “tolerance and innovation,” not war.

Much of his reputation as a man of peace comes from his role in helping negotiate the Oslo Accords, which created the Palestinian Authority and limited autonomy for Palestinians. For these negotiations, Peres was awarded the Nobel Peace Prize. But decades later, many view that agreement as a failure; Israel’s settler population has doubled since that time, and many see the Palestinian Authority as little more than a subcontractor of the occupation.

Peres’s remarks on the 2014 Gaza war are emblematic of the contradiction between his professed beliefs about peace and his continued support for militarism. While calling for a diplomatic solution, he also advocated for the elected Hamas government in Gaza to simply be replaced by the Israeli-allied Palestinian Authority. As Israeli airstrikes and artillery pounded Palestinian civilians, Peres praised the conduct of the country’s military while demonizing Palestinians, saying the war was “a war of the army against terrorism, but also a war of every soldier against a person who doesn’t respect human life, who is ready to murder. A war of brave people against people who have no restraints. Wicked people who don’t have pity even on themselves.”

The Israeli columnist Gideon Levy, who worked as an aide to Peres, summarized him in Haaretz: “He wanted peace. Who doesn’t? But the truth must be told, even in difficult moments; he never perceived the Palestinians as equal to Jews, and certainly not as having equal rights.”

In the 1970s as Israel’s defense minister, Peres pushed for many of the first settlements in the West Bank; late Israeli Prime Minister Yitzhak Rabin noted in his memoir that “Peres raised the banner of ‘settlement everywhere.'” He also is considered one of the architects of Israel’s nuclear weapons program,  and ordered Israeli intelligence to capture the whistleblower who exposed the program to the world. In Lebanon, Peres is known for his role in the shelling of a United Nations refugee camp in Qana.

At Peres’s funeral Friday, Obama echoed the clean narrative put forth by the New York Times. He compared Peres to Nelson Mandela: “He understood from hard-earned experience that true security comes from making peace with your neighbors,” he said.

World leaders like French President Francois Hollande and Canadian Prime Minister Justin Trudeau were there, as was Palestinian leader Mahmoud Abbas — but no Arab Knesset members attended. Lawmaker Yousef Jabareen, explaining his boycott, noted Peres’s “history of harming the rights of the Palestinians.” Lawmaker Ayman Odeh explained that he and his colleagues take issue with Peres’s role in building settlements that would comprise the Israeli occupation. His work bringing nuclear weapons to the Middle East and his support for Benjamin Netanyahu also raised opposition.

Odeh explained: “The memory of Peres in the Arab [Israeli] public is different from that of the narrative that has been recounted over the past few days, and I understand that such complex messages are hard to hear after someone’s death.”