Even as regular Democratic voters are concentrating on beating Donald Trump, the Very Serious People of Washington are quietly plotting a highly unpleasant surprise for them. 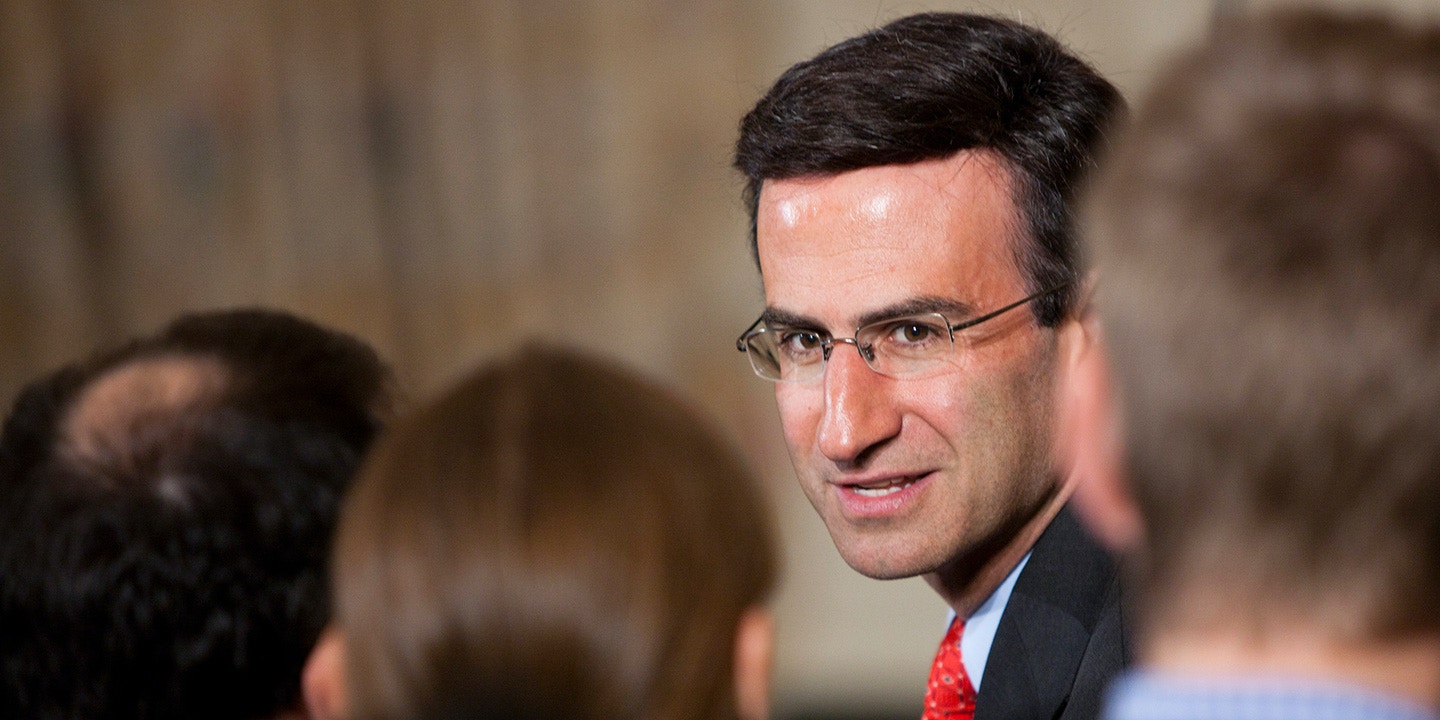 This discussion isn’t happening on television, where normal people would hear about it. Or on Reddit, where people would freak out about it. To the degree it’s taking place in public at all, it surfaces in elite publications, where only elites are paying attention.

For instance, Peter Orszag, a top Obama economic official before he left to cash in with Citigroup, just wrote an op-ed in the Financial Times on how to make the wet kiss happen.

Few regular Americans read the Financial Times, and even if they did, what Orszag says requires a little deciphering:

What, then, are the prospects for new initiatives in a Clinton administration? … Mrs Clinton has … proposed $275bn in new infrastructure spending over five years, $250bn in direct federal spending and $25bn to set up an infrastructure bank. The question is how to finance this spending.

Deficit financing may be sensible but is anathema to House Republicans. So additional revenue from corporate income tax is commonly proposed. And that is where things become difficult.

There is some bipartisan agreement — for example, that profits already accumulated overseas by US companies should be subject to a tax rate well below the statutory 35 per cent, regardless of whether those profits are repatriated. But there is little consensus on whether such a tax should also apply in future and what the rate should be. …

To create room for the necessary compromises, Mrs Clinton would do well to avoid too many fights with her own party about whom she appoints to her administration. Some senior congressional Democrats on the left are already preparing to oppose “hell no” candidates who have worked in finance. If Mrs Clinton largely defers to them, however misguided their approach, she may end up with more flexibility to negotiate later with a Republican Congress.

What Orszag is doing is offering Clinton friendly advice on how to beat her own party to make a deal with Republicans.

Unfortunately, writes Orszag, there are “misguided” Democrats “on the left” who could thwart her.

So, he says, she should quiet down the troublesome Warren wing of the party by giving them a little of what they want — and not appoint Wall Street and corporate executives to oversee their own industries. Orszag believes this will give Clinton space to maneuver on actual policy.

A significant chunk of this was, by any rational accounting, actually earned in the U.S. However, American companies like Apple use legal chicanery to make much of their profits appear to be “earned” in foreign, low-tax countries like Ireland.

They do this because they don’t have to pay taxes on overseas profits at the U.S. statutory rate of 35 percent until they bring it back home — so they’ve been refusing to do that until they get a sweetheart tax deal.

Corporate America already got such a deal in 2004, when a tax holiday lowered the rate for repatriated profits to 5 percent. Overseas profits have since then re-accumulated on a gargantuan scale, and U.S. corporation feel they have the leverage to cut a new deal that will go much further than in 2004.

First, they want a special tax rate for the $2.4 trillion when it’s brought back to the U.S. As Orszag puts it, there is “bipartisan agreement” that it should be “well below the statutory 35 per cent.” Donald Trump has proposed 10 percent. Several years ago Sens. John McCain, R-Ariz., and Kay Hagan, D-N.C., suggested 8.75 percent (down to 5 percent if a company expanded its U.S. payroll).

Second, they want to create a new, permanent tax rate for overseas profits that’s as close to zero as possible. This would essentially institutionalize the 2004 tax holiday. They could then continue using accounting trickery to “earn” money overseas, but without the bother of having to arrange tax holidays on an ad hoc basis.

Third, they want to slash the 35 percent corporate tax rate on their domestic profits. Trump’s economic proposal would bring it down to 15 percent.

But why would the U.S. political system, even as cowed as it is by money, agree to this?

The answer is that America’s infrastructure — airports, roads, tunnels, bridges — is falling apart. We desperately need an upgrade, something which also would have the positive side effect of creating thousands of good jobs.

The Democrats want to make this happen, badly. As Orszag notes, Clinton has proposed $250 billion in infrastructure spending.

But as Orszag also notes, Republicans will absolutely refuse to appropriate new money.

That’s where Corporate America’s leverage comes in. Their plan is to “allow” the U.S. Congress to lightly tax their $2.4 trillion in overseas money and use that for infrastructure spending — as long as they get everything else they want.

Clinton has never said publicly that she will agree to this, and just this week one of her key economic advisors refused to say where she wants the money for her infrastructure plan to come from. There’s a good reason for this; as the Wall Street Journal notes, “waiting to take a position could spare her from immediate blow-back from more liberal Democrats and give her something to give away during negotiations with Republicans next year.”

Indeed, we now know from her leaked, private corporate speeches that this is exactly what she has in mind. She is fine with a “really low” tax rate on repatriated profits, and a lower corporate tax rate overall “certainly could be on the table” if it were “part of a broader package.”

Conveniently enough, the amount of money Clinton’s looking for, $250 billion, is almost exactly the amount of revenue that a Trump-like 10 percent tax on $2.4 trillion would deliver. And as she said in her private speeches, she’s also interested in getting corporations to invest another chunk of their overseas profits in an infrastructure bank.

So even as regular Democratic voters are concentrating on beating Donald Trump, the serious people of Washington are quietly putting the wheels in motion for what those same voters will find to be a highly unpleasant 2017 surprise.

Top photo: Peter Orszag, then-director of the Office of Management and Budget, talks with guests at the White House on July 22, 2010.