Liberals Wonder What to Tell Their Children. The Truth: America Is Not a Fairy Tale.

It was in Spain, Albert Camus wrote of a civil war war lost to fascists, that his generation learned “that one can be right and yet be beaten.” 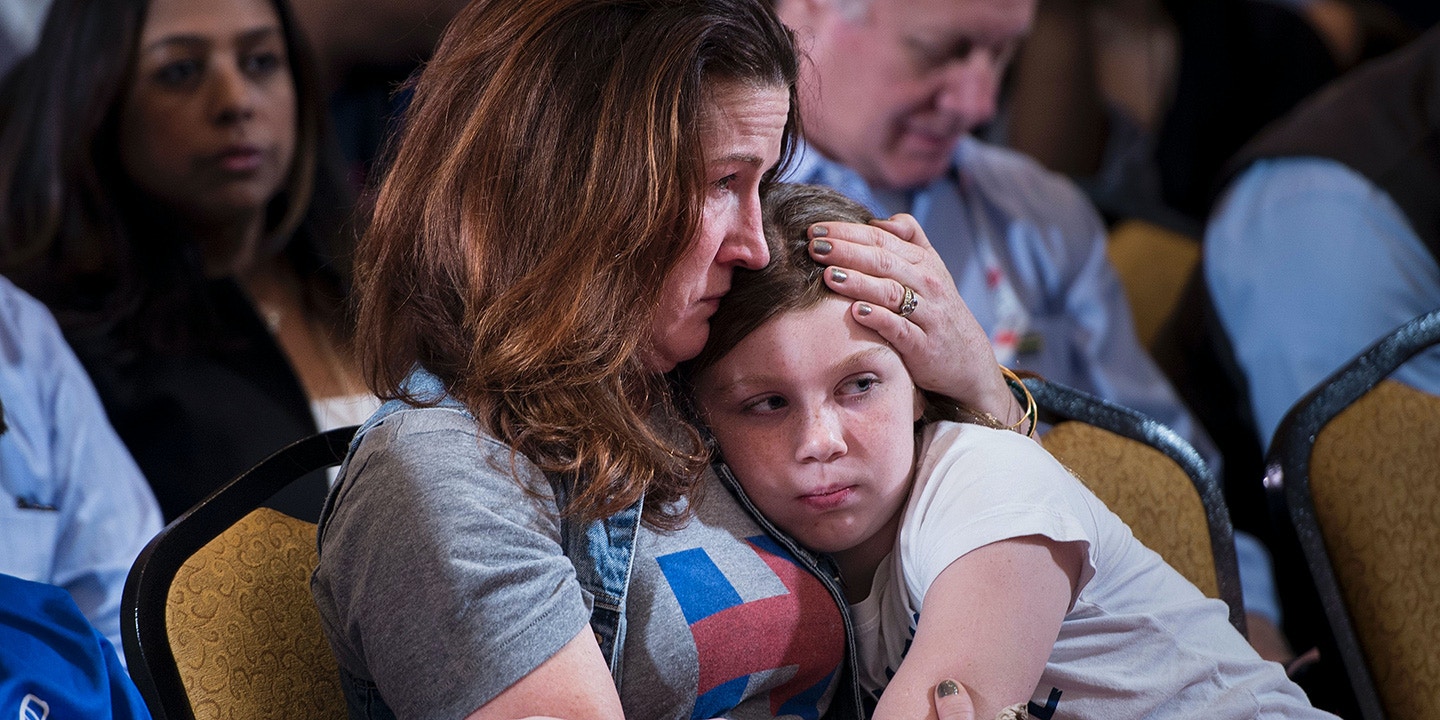 It was in Spain, Albert Camus wrote of a civil war war lost to fascists, that his generation learned “that one can be right and yet be beaten, that force can vanquish spirit, and that there are times when courage is not rewarded.”

In more or less functioning democracies, election nights like the one we’ve just lived through can provide a version of the same lesson, at infinitely less cost. Many American liberals, for instance, still recall the feeling of shock that struck them on November 2, 2004, when George W. Bush was re-elected with surprising ease, after it had become obvious, even to Donald Trump, that the war in Iraq was a disaster.

But as many of those dismayed by Trump’s victory struggled to come to terms with it, another question entered the discussion of the results: how could parents possibly explain to their children that a bigoted, sexist bully with no impulse control and no qualifications to do the job had been elected president of the United States?

I have to explain this to my kids in the morning. And for at least 4 years thereafter.

Real talk. If anyone has advice on how to explain this news to my children, please let me know. They still believe Presidents are heroes.

Breaking it to children that such a man would soon replace Barack Obama, who has been held up as a role model and a paradigm of personal decency even by many of his political opponents, seemed daunting even to observers as far away as Ireland.

How do you explain to your kids that Trump was elected? Feels like Voldemort won

In the early hours of Wednesday morning, video of a CNN commentator, Van Jones, grappling with the question struck such a chord that it was shared, in various forms, hundreds of thousands of times on social networks.

Van Jones, looking choked up, somehow manages to sum up the fear and pain that many are feeling tonight. pic.twitter.com/K7eiJdO8Aj

The only voice of sanity tonight: @VanJones68' words are heartbreaking. #ElectionNight pic.twitter.com/DhgmY8BDdy

The task is made more difficult by the fact that politicians feed the hearts of their supporters on the fantasy that, as Hillary Clinton said, “America is great because America is good.”

It was an uplifting speech on this theme, memorably delivered at the 2004 Democratic convention, that made Barack Obama into a political superstar. Again and again over the past eight years, President Obama has tried to inspire Americans to live up to higher ideals by avowing, even in the face of overwhelming evidence to the contrary, that the nation is made up of kind, moral, inherently good and just people. The theme was also central to the argument offered by both Clinton and Obama that Trump was not fit to be president not only because of his cultivation of nativist, racist, sexist, anti-Semitic, and Islamophobic supporters, but also because of his many personal faults.

"That is not the America I know," Obama says about Trump's dystopian depiction of the U.S. https://t.co/BBUHAyQNjn pic.twitter.com/RlvyRLQy2s

Even though Obama’s personality and speaking ability positioned him to be a uniquely powerful exponent of this message, it has been commonly voiced, in less convincing fashion, by many other American politicians, including his predecessor.

On May 4, 2004, for instance, as the country was exposed to graphic evidence of that American soldiers had tortured and abused Iraqi prisoners at Abu Ghraib prison, George W. Bush insisted that the behavior of these Americans was un-American. “I share a deep disgust, that those prisoners were treated the way they were treated,” he told reporters. “Their treatment does not reflect the nature of the American people — that’s not the way we do things in America.”

The next day, as the president scrambled to deal with the fall-out from the scandal, he assured the Iraqi people that “what took place in that prison does not represent America that I know.”

In a mock news report parsing those remarks for “The Daily Show” that night, the comedian Rob Corddry explained:

In their own ways, parents across the nation have been trying to explain Clinton’s loss, and Trump’s victory, without shattering the idealism of their children. But the widespread shock among many adults that such a man will soon represent the country is perhaps a reminder that even those of us most cynical about it still want to believe in the myth that American democracy is a fairy tale, where good always triumphs over evil.

“This is the real world that we live in,” Bernie Sanders told his delegates at the Democratic convention, after they booed him for saying that it was imperative to stop Donald Trump by electing Hillary Clinton.

.@BernieSanders booed telling supporters to help elect Clinton: "This is the real world that we live in." https://t.co/8jV2wUWtiK

And it is a real world where democracy is simply a contest for votes, many of them cast by people who are open to appeals based on lies, misogyny and racism, or feel blind rage at the failure of government after government to adequately shield them from the ravages of globalization that their elected leaders accept as inevitable.