The soon-to-be top elected Democrat might as well have been grown in a lab to be exactly the wrong face for opposition to Donald Trump. 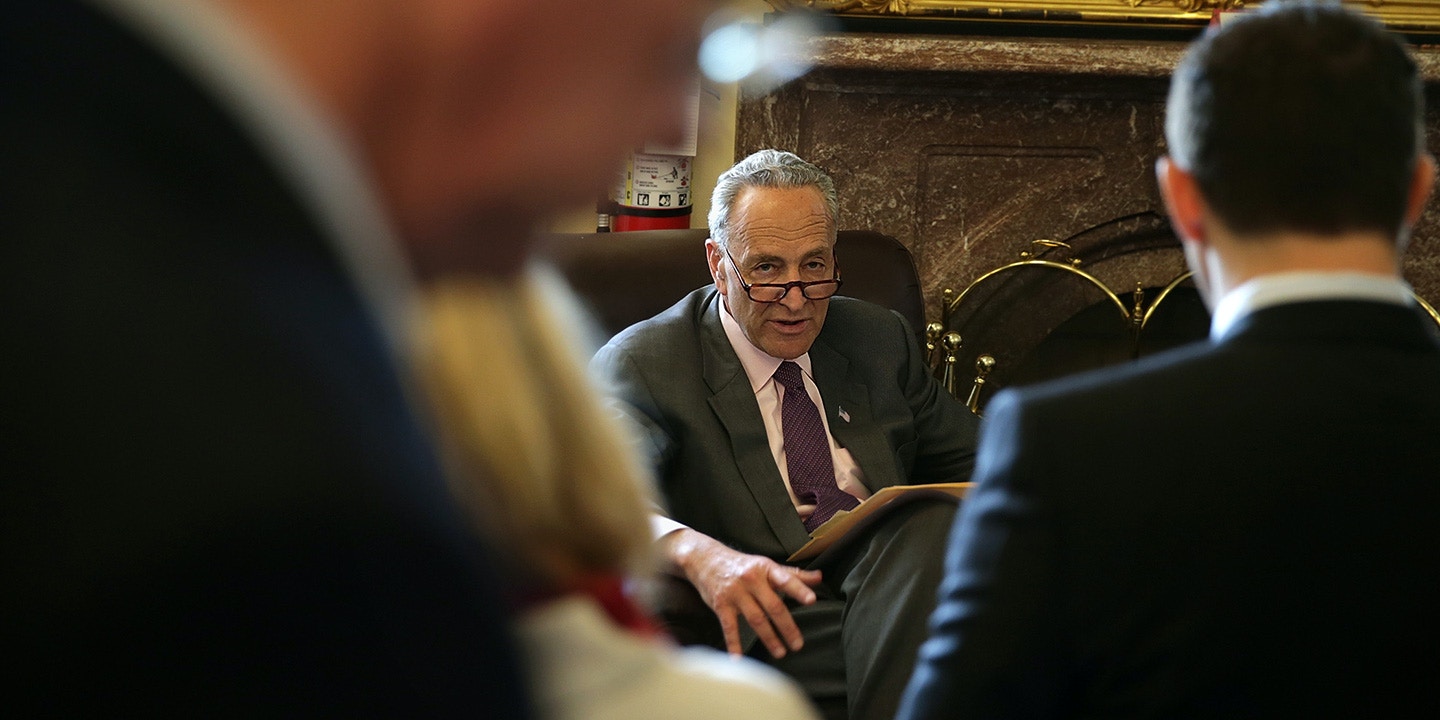 That’s a terrible roll of the dice for Democrats, because Schumer might as well have been grown in a lab to be exactly the wrong face for opposition to Donald Trump:

Are there any positive things about Chuck Schumer? Well …  he did vote against NAFTA in 1993, and while he’s supported other trade deals since, he made negative noises about the Trans-Pacific Partnership.

Also, he’s a talented matchmaker with as many as 11 marriages to his credit. And he’s the second cousin once removed of Amy Schumer, which you might see as good or bad, depending.

Top photo: Sen. Charles Schumer speaks to members of the media on May 14, 2015, at the Capitol in Washington, DC.