Trump is draining a tiny corner of the Everglades even as he ships in thousands more alligators and anacondas to wallow in the rest of it. 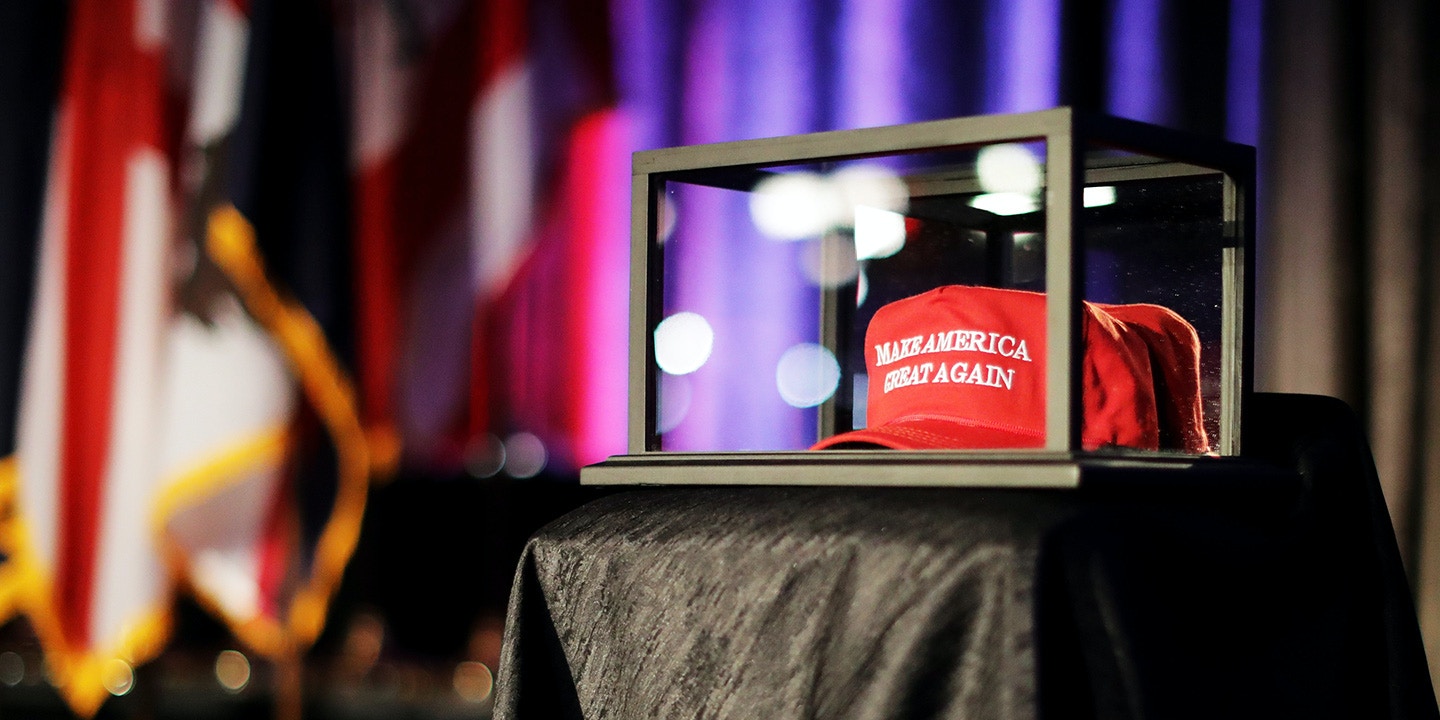 Donald Trump’s transition team has announced that everyone being vetted for a high-level appointment must pledge not to become a registered lobbyist for five years after they leave Trump’s administration — and never lobby for a foreign government.

In addition, all current registered lobbyists must be prepared to deregister in order to be considered for a post.

This is nice, but largely meaningless, especially given the rest of Trump’s actions. It’s like draining a tiny corner of the Everglades even as you ship in thousands more alligators and anacondas to wallow in the rest of it.

Most importantly, as the richest president-elect in history, Trump has shown no interest in addressing the gigantic, never-before-seen conflict of interest of his own business empire. Literally everything he does as president could have some effect on his personal wealth. As Laura Friedenbach, press secretary for the public interest organization Every Voice, puts it, “If Trump is cleaning house, he needs to start by addressing the head of the household. … He has a clear opportunity to show that the American people come before his personal interests by simply setting up a true blind trust.”

A true blind trust would mean that Trump would have to appoint an independent trustee, with no connections at all to Trump or his family, who would then sell all of Trump’s assets and use the proceeds to make other investments that Trump knew nothing about. Every president for four decades has done this or simply held the kind of publicly-disclosed, widely-diversified investments that an independent trustee would choose anyway.

This matters because, as anyone knows who’s ever worked in any human organization, corruption at the top inevitably cascades downwards. If the most powerful people refuse to pay any price themselves, those further down the ladder will inevitably take their cue from this no matter what piece of paper they sign.

That’s especially important since the lobbying ban has nothing to do what people actually do while wielding government power. Trump is considering corporate moguls for top posts who will have daily opportunities to affect their industry. Craig Holman, a government affairs lobbyist for Public Citizen, said that Trump is creating “perhaps the most conflict of interest” potential of “any administration I’ve ever seen.”

Barack Obama dealt with this problem by issuing an executive order requiring appointees to agree not to participate “in any particular matter involving specific parties that is directly and substantially related to my former employer or former clients, including regulations and contracts.”

Holman points out that Obama’s rules, and the fact that he personally demonstrated that he took them seriously, made his government strikingly scandal-free when compared with the George W. Bush and Bill Clinton administrations. “Trump needs to do that more than anybody,” says Holman, and if he doesn’t, “His administration is going to be riddled with scandals … with businessmen rewarding themselves and their clients.”

As of now, Trump’s barebones “plan for ethics reform” mentions nothing along these lines.

Finally, in terms of the specifics of Trump’s lobbying ban, there are two huge problems.

First, there’s no ban on present-day lobbyists. Republican National Committee Chief Strategist Sean Spicer said today that instead of “looking back,” Trump’s plan “looks forward.” Someone who spent the past 30 years lobbying can just deregister this afternoon and they’re good to go.

Moreover, any former lobbyist who snags a plum Trump position will realize there’s no way on earth the ban will ever be enforced. In 2006, then-Connecticut Sen. Chris Dodd pointed out that during the past three years the Senate’s office in charge of keeping track of lobbyists had “referred over 2,000 cases to the Department of Justice, and nothing’s been heard from them again.”

Second, there’s a huge problem with the legal definition of “lobbyist” and how exactly the ban will be enforced.

The Lobbying Disclosure Act of 1995 set up three thresholds that must be met for someone to be considered a lobbyist. The most important of these is that you have to spend at least 20 percent of your time in any three month period lobbying for any one client.

So you can make $3 million a year lobbying, but if you limit yourself to pushing Exxon’s interests to just 19 percent of your time, you’re not a lobbyist.

And everyone in Washington is free to make this determination on their own. Just don’t register as a lobbyist, and as Dodd said, it’s extremely unlikely anyone at the Justice Department is going to come looking for you.

This initially didn’t matter because there were no consequences to registering as a lobbyist beyond the fact the public would be able to find out about it. In fact, says Holman, lobbyists wanted to register so their clients would take them seriously.

That changed with the Honest Leadership and Open Government Act of 2007, which prohibited ex-cabinet officials, members of Congress and their senior staff from lobbying in various ways for periods of one to two years after they left office.

This did not necessarily lead to less lobbying, but it did lead to over 5,000 lobbyists de-registering in 2008 and 2009. There are fewer than 10,000 federally registered lobbyists – but there are likely at least another 10,000 who would be considered lobbyists under any common sense definition.

In fairness, part of Trump’s plan does say he’ll “expand the definition of lobbyist so we close all the loopholes that former government officials use by labeling themselves consultants and advisors when we all know they are lobbyists.” But he’s provided no specifics about what this means.

So all in all, Trump’s purported desire to drain the swamp has not manifested itself yet in plans to do anything meaningful about Washington, D.C.’s gluttonous self-dealing.

Still, says Holman, “it gives me some hope to see Trump come out with these policies. … I’m not giving up on it.” Another small flicker of hope could be seen in the panic of Politico, a publication about and for the swamp, which initially headlined an article today “How President-elect Trump’s lobbyist ban threatens to hobble the transition.” It’s since been changed, presumably after non-swamp feedback, to the less-revealing “Trump tries to steady rocky transition.”