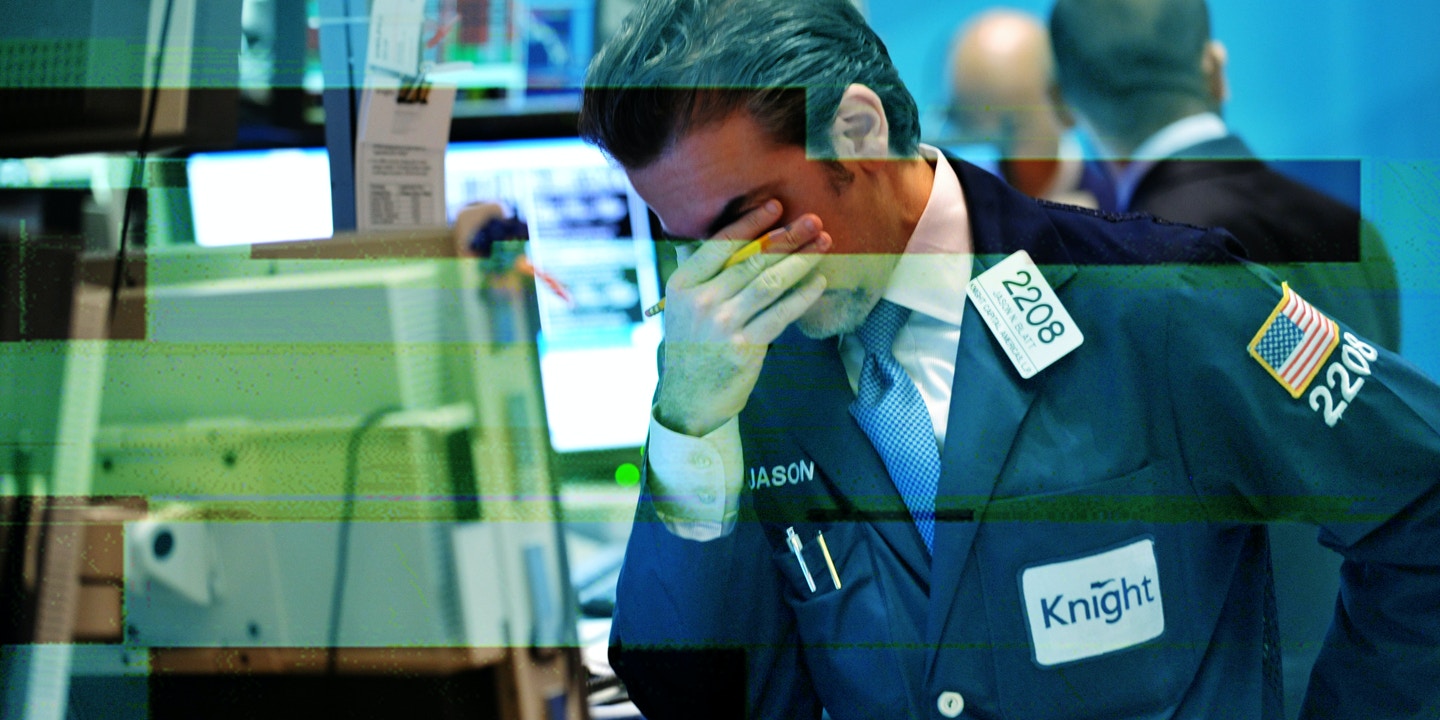 Back in September, I wrote a seven-part series at The Intercept chronicling how former Wall Street trader Chris DiIorio, determined to figure out how he lost a small fortune on a penny stock, came to the conclusion that gigantic market-making firm Knight Capital, now known as KCG, repeatedly violated federal regulations meant to prevent abuse in what are known as “naked short sales.”

It was an explosive allegation. Naked short sales are when you sell a stock you don’t have. That’s illegal most of the time, for obvious reasons. DiIorio found evidence that KCG had illegally conducted nearly two billion dollars’ worth of them.

It was a bit of a mystery story, with two unanswered questions at the end: Was DiIorio right? And if so, why hadn’t any regulatory authority done anything about it?

One regulatory authority finally has, and its action would seem to confirm DiIorio’s suspicions.

The Financial Industry Regulatory Authority (Finra), a private self-regulatory organization, charged KCG on October 31 with thousands of violations over three years of Regulation SHO, which according to the Securities and Exchange Commission (SEC) “was established to address concerns regarding persistent failures to deliver and potentially abusive ‘naked’ short selling.

Finra further found that KCG “failed to establish and maintain a supervisory system” to comply with Regulation SHO going back to 2012, when the company was re-constituted through a merger.

“So Finra is admitting that KCG never had a system in place,” DiIorio said in an emailed statement. But despite the routine of repeated misconduct, KCG accepted a settlement on November 22 for a mere $105,000 and some new monitoring. KCG did not even have to admit wrongdoing.

DiIorio’s reaction: “What a deterrent!”

A short sale is a bet that a stock price will drop. Short sellers borrow stock shares from a broker and sell them into the market, hoping to return them to the borrower after buying the same number of shares back when the stock falls in value, profiting from the exchange.

But with a naked short sale, the trader doesn’t even borrow the stock. This creates artificial shares in a security, increasing supply and crippling the sale price.

Naked short selling is only legal for market makers like KCG, so that if there’s high demand for a stock, a market maker can fill orders even if they don’t have the shares immediately available. DiIorio, who began to investigate this after a penny stock he purchased was wiped out in 2006, concluded that KCG doesn’t engage in naked shorting to facilitate markets, but rather to make money for themselves by battering penny stocks.

Naked shorts cannot stay naked forever. SEC rules dictate that naked short sellers must eventually deliver shares to the buyer and close out the trade. Not doing so results in a “fail to deliver,” the securities version of an IOU. Under Regulation SHO, short sellers have to cough up the stock within one day of incurring the fail.

Finra staff reviewed four separate time periods from 2012 to 2015, spot-checking for errors. Most of the problems were found between June and July 2013, when Finra found 3,477 separate instances of KCG engaging in “a short sale for its own account without first borrowing the security,” a description of naked short selling, “while it had a fail-to-deliver position… that had not been closed out.” According to a footnote, these naked shorts were done “to facilitate a customer(s) long sale order on a riskless principal basis.”

This matches DiIorio’s explanations. “This is how KCG generates trading profits in penny stocks,” he said. “There is no such thing as riskless principal basis unless you’re doing something illegal.”

While this was particularly difficult for DiIorio to verify, a separate Finra disciplinary action completed just days ago against Swiss firm Credit Suisse faults the bank for failing to flag potential money laundering abuses based on “suspicious microcap stock transactions and sales of unregistered securities.” The trading at issue “followed patterns commonly associated with microcap fraud.” 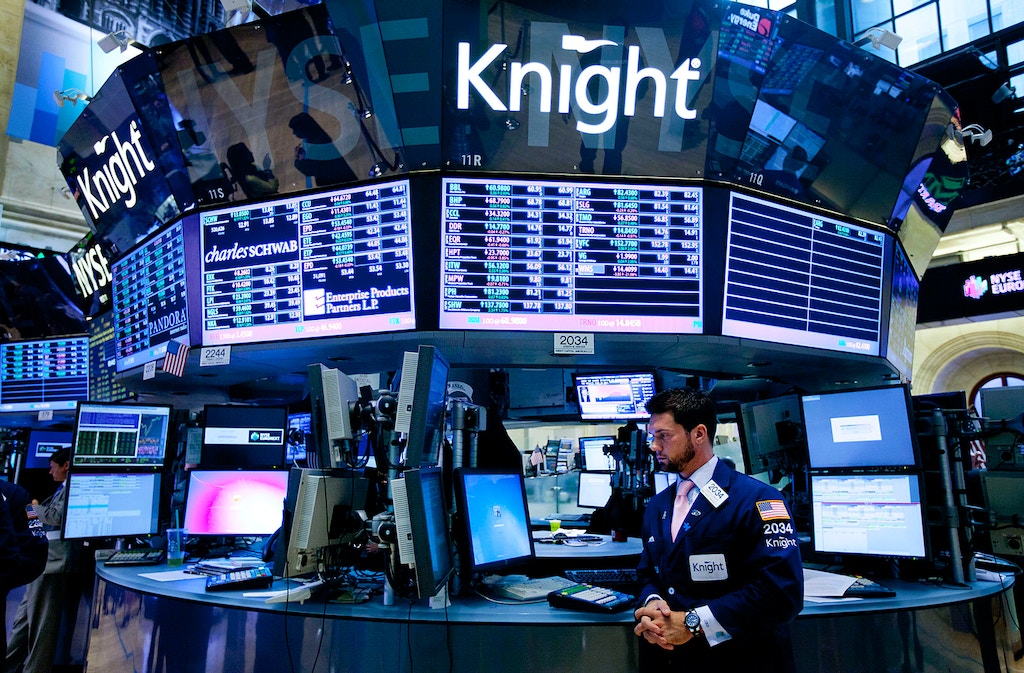 A trader works at the Knight Capital Group Inc. booth on the floor of the New York Stock Exchange (NYSE) in New York, U.S., on Tuesday, Aug. 7, 2012.

This also fits with DiIorio’s story.

In all, Finra identified 3,616 violations of Regulation SHO at KCG over the four-year period. The disciplinary action included “a censure,” a fine totaling $105,000, and the mandating of a written process to ensure future compliance with Regulation SHO within 60 days.

Oddly, it fell to Finra, an independent agency unrelated to the government, to enforce Regulation SHO — not the SEC, which implemented the rule and has oversight responsibility. Routine failures to deliver are supposed to lead to fines by the SEC, or even a ban from the securities markets. DiIorio has attempted to get the SEC interested in his claims for five years, to no avail. “The SEC outsourced this to Finra,” he said.

KCG did not announce the Finra settlement with a press release. Its most recent trading volume statement, for October, shows that the vast majority of its shares traded continue to be in the primary penny stock market exchanges, OTC Bulletin Board and OTC Market. Sophie Sohn, a spokesperson for KCG, said the company had no comment on the settlement.